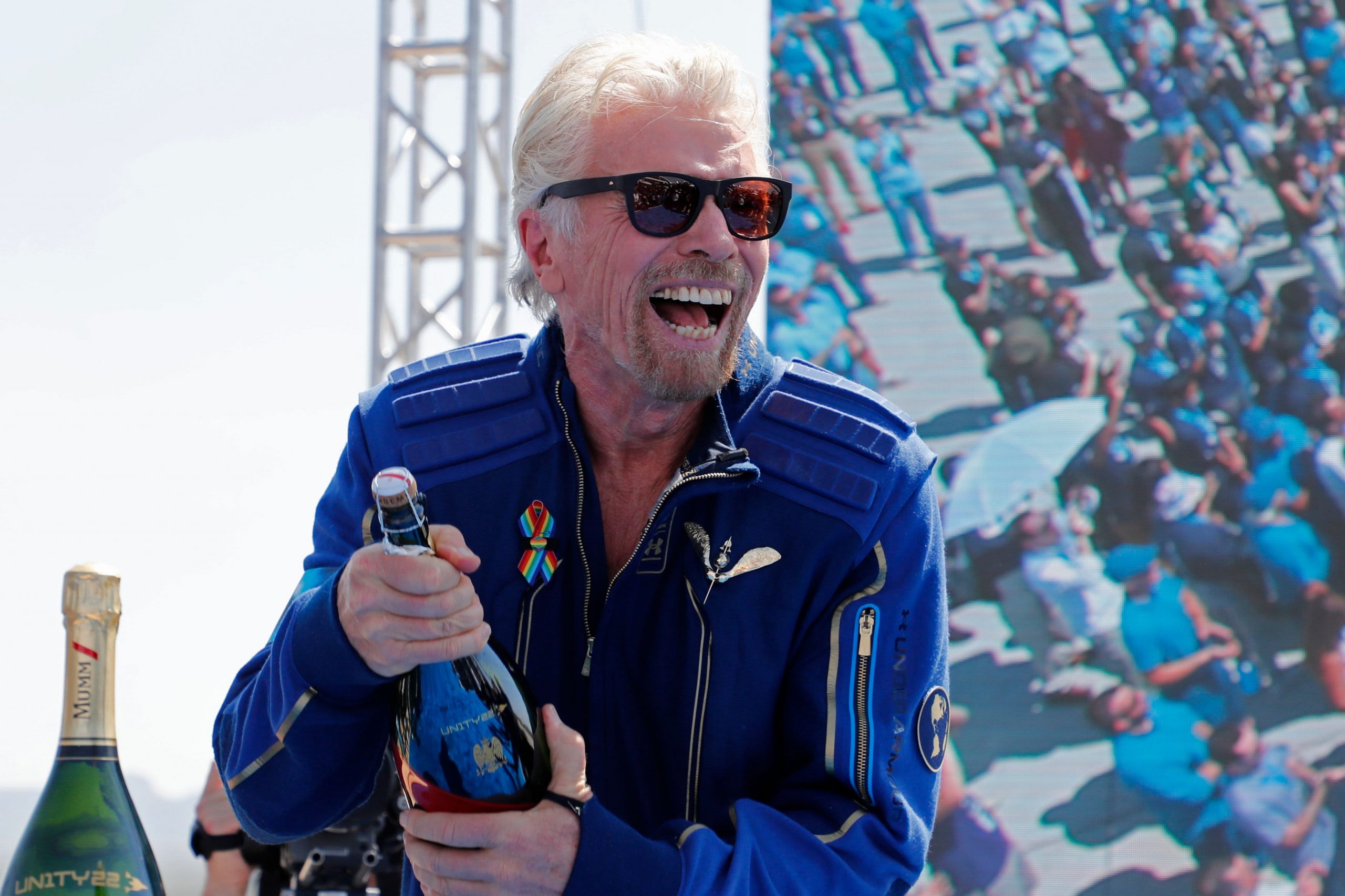 NASA Administrator Bill Nelson on Monday commended Virgin Galactic founder Richard Branson after he traveled to the edge of space as a passenger on his company’s VSS Unity spacecraft.”We put up Alan Shepard and Gus Grissom into suborbit 60 years ago, and now we’ve come to this, and I think it’s great,” Nelson, who went to space in the 1980s, said in an interview on CNBC’s “Squawk Box.”Branson’s flight was a milestone nearly two decades in the making after the billionaire businessman started his space tourism firm in 2004. VSS Unity on Sunday reached reached an altitude of 86.1 kilometers, which is equivalent to 53.5 miles or about 282,000 feet. It took off from Spaceport America in New Mexico and later landed back at the facility.Branson’s closely watched flight made him the first of the billionaire space company creators to fly on his own spacecraft, ahead of Jeff Bezos, who started Blue Origin, and Elon Musk, who founded SpaceX.Bezos, the founder and executive chair of Amazon and world’s wealthiest person, is scheduled to travel to space a week from Tuesday on Blue Origin’s New Shepard rocket.Virgin Galactic and Blue Origin are more direct rivals, competing in the area called suborbital space tourism. SpaceX flies longer trips into orbit and has carried astronauts to the International Space Station.Musk has a ticket for a future flight on a Virgin Galactic trip.Billionaire entrepreneur Richard Branson prepares to spray champagne after flying with a crew in Virgin Galactic’s passenger rocket plane VSS Unity to the edge of space at Spaceport America near Truth or Consequences, New Mexico, U.S., July 11, 2021.Joe Skipper | Reuters”I think what these billionaires are doing is great, and I think what Elon Musk has done, going to orbit with astronaut crews, I think that is great,” Nelson said, describing all efforts to venture beyond the earth’s surface in philosophic language.He also pushed back on criticisms that it is not worthwhile. “We never want to lose our character as explorers, as adventurers,” said Nelson, a former Democratic U.S. senator from Florida who officially took the helm at NASA in May.Nelson is a former astronaut, too. In 1986, while a member of the House of Representatives, Nelson served as a payload specialist on a NASA mission, orbiting the earth nearly 100 times over six days.Virgin Galactic on July 1 announced its plans for Sunday’s test spaceflight, including Branson’s participation. Bezos’ scheduled flight on July 20 was already public at that point, prompting a widespread belief that Branson intentionally wanted to beat Bezos to space.Blue Origin and Virgin Galactic executives have publicly gone back and forth about the boundary of space, and Nelson said the spirit of competition and “trash talk” is an understandable element to what some have billed as the billionaire space race.NASA chief says the ‘real space race’ with ChinaBut as far as the U.S. is concerned, Nelson said the government is focused on China.”The real space race, which used to be with the Soviet Union years ago, I think that space race is going to be more and more with China, as the Chinese government becomes increasingly aggressive in their space program and, I might say, very successful.”Nelson said China has not been very transparent around its space program, but noted the U.S. has been able to work with rival nations — the former Soviet Union, now Russia — in space despite geopolitical tensions that existed on earth.”Back in the middle of the Cold War, 1975, an American spacecraft rendezvoused and docked with a Soviet spacecraft and the crews lived together for nine days,” Nelson recalled. “Ever since we have had cooperation between the Russians and the Americans in civil space. They are our partners on board the International Space Station.”China’s efforts thus far “reminds us of the old Soviet Union early days, but we broke that mold with the Russians,” he said.– CNBC’s Michael Sheetz contributed to this report.