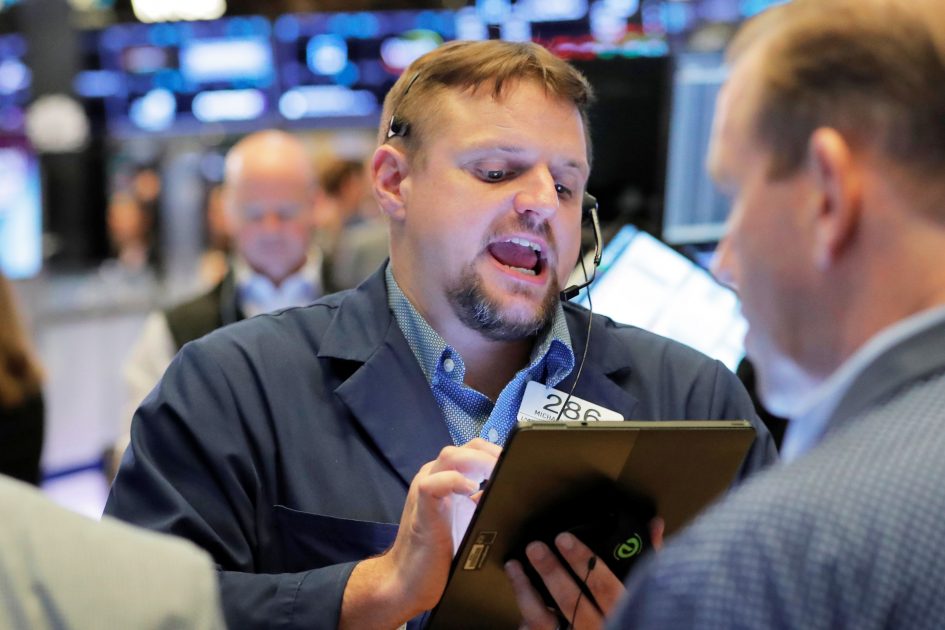 Traders work on the floor of the New York Stock Exchange shortly after the opening bell in New York, May 31, 2019.

IBM — IBM rose nearly 4% after the company reported better-than-expected earnings as its cloud business grew more than forecast. The company posted earnings per share of $3.17. Analysts polled by Refinitiv expected a profit of $3.07.

EBay — Shares of the e-commerce company rose 2.1% after reporting better-than-expected results as eBay attracts more users. EBay reported earnings per share of 68 cents on revenue of $2.69 billion. Analysts polled by Refinitiv expected a profit of 62 cents a share on sales of $2.68 billion.

Qualcomm — Qualcomm shares dropped 1.7% after the Barclays downgraded it to equal weight from overweight, citing issues related to Huawei. It said it sees “a downside to estimates” for Qualcomm and “can’t fully discount the potential for a worst case scenario that includes a failed appeal/change to license rates.”

Advanced Micro Devices — An analyst at Mizuho downgraded AMD to neutral from buy, citing a high valuation relative to its peers after a monster rally of more than 80% in 2019. The stock traded down 2.8%.

Union Pacific — Union Pacific rose 4.2% after beating Wall Street earnings expectations for the second quarter. The railroad company reported $2.22 in earnings per share, topping analyst expectations of $2.14 per share, according to Refinitiv. Union Pacific improved its operating ratio year on year, reporting 59.6% on the profitability measure, 3.4 points better than the same quarter in 2018.

United Rentals — The equipment rentals company slid 6.5% after the company cut the high end of its revenue guidance for the year. United Rentals expects full-year revenue to range between $9.15 billion and $9.45 billion. The company previously expected full-year sales to range between $9.15 billion and $9.55 billion. “Our updates to guidance reflect a slightly slower than expected pace for the BlueLine integration, as well as historically bad weather in several key regions this past quarter,” CEO Michael Flannery said.

Taiwan Semiconductor — Taiwan Semiconductor’s shares rose 2% after it announced a 21.9% sales increase in June and a 3.3% year over year revenue increase in its quarterly report. The company’s profits have been declining, with a fall of 31.6% in the first quarter — its steepest fall in seven years, but this quarter’s sales were only 7.6% less than the same period last year, a sign that its sales difficulties may be easing.