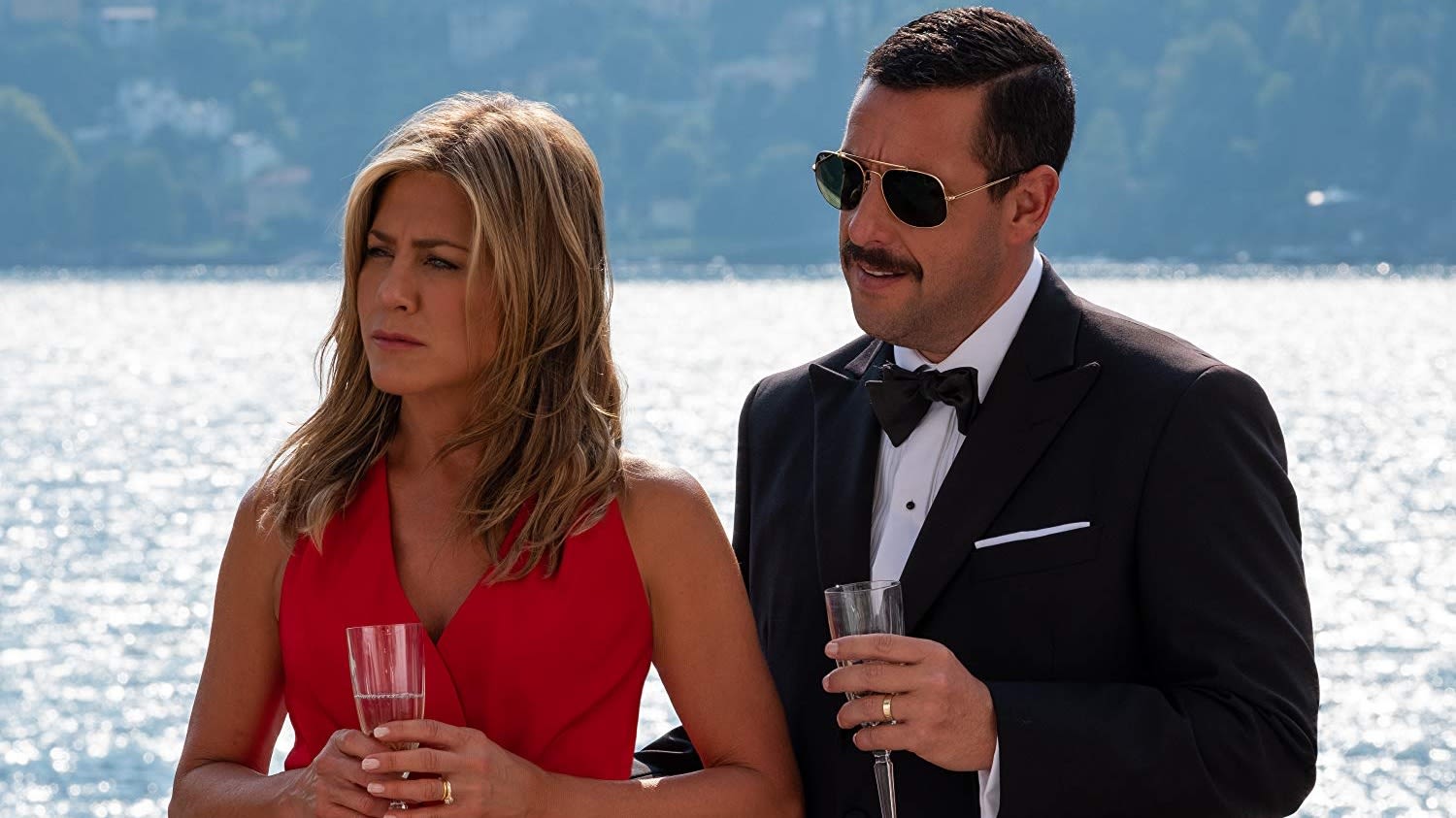 Jennifer Aniston and Adam Sandler star in Netflix’s “Murder Mystery,” a comedy film about a New York cop and his wife who go on a European vacation to reinvigorate the spark in their marriage, but end up getting framed and on the run for the death of an elderly billionaire.

The streaming service on Tuesday revealed that its latest original film “Murder Mystery,” starring Jennifer Aniston and Adam Sandler, had the biggest opening weekend of any Netflix film over the weekend, drawing more than 30.8 million views in its first three days on the platform.

Netflix has always been loathe to talk numbers. In fact, the company has long denied to share information about how many accounts watched a particular program except for comedy purposes on on social media. For example, Netflix called out 53 users for watching “A Christmas Prince” everyday for 18 days straight in 2017.

However, as Netflix seeks to woo top talent in the form of actors and content creators, the company has been more flexible when it comes to doling out viewership information. This is especially important as Disney, Warner Bros. and Comcast prepare to launch their own streaming services, and begin to pull their shows and films from Netflix.

Netflix’s decision to share some of its viewership data reveals several things about the company’s strategy going forward as well as just how little context analysts have for the streaming information they do share.

Before you break out the calculator and try to crunch the numbers on how much Netflix would have made if 30.8 million people bought tickets to see the movie in theaters, there’s one important thing to remember — streams aren’t the same thing as tickets.

A free movie on a streaming service, especially one with a 45% “Rotten” Rotten Tomato score and a paltry 38 on Metacritic, isn’t comparable to one that gets a wide theatrical release.

Comedies, in particular, haven’t been succeeding at the box office this year. So, even if “Murder Mystery” did debut in theaters that 30.8 million viewers likely wouldn’t translate to a $120 million opening weekend, as some have claimed.

In fact, the highest-grossing comedy film, “The Upside,” so far this year has only taken in $108 million domestically and that is for its entire run.

While 30 million views is nothing to snuff at, Wedbush’s Michael Pachter put that number into context. With the film running at 97 minutes (1.6 hours), if all of the users watched the whole film that would equate to about 50 million hours worth of video that was watched. Netflix does count something as “viewed” if a user has watched 70% or more of the episode or film.

According to Streaming Observer, Netflix users watch about 164 million hours of content on the streaming service each day, or about 5 billion each month. So while “Murder Mystery” accounted for about 10% of all views during the weekend, it only is about 1 percent of all streaming hours for the whole month.

However, without more information from Netflix, it’s unclear how common it is for a new program to dominate a weekend. What shows or films made up the remaining 90% of content that was watched during that time?

Pachter said it is likely that the film won’t be in the top 20 programs watched on Netflix at the end of the year and that episode one of “Friends” or “The Office” likely has monumentally more views.

Netflix’s viewership data also revealed something interesting about who was watching “Murder Mystery.” More than 50% of the accounts that streamed the film were international subscribers.

As of April, Netflix has just under 150 million subscribers globally, about 60 million of whom are in the U.S. In fact, during the first quarter this year, the company added 9.6 million new subscribers, but only 1.74 million of them were from the U.S.

It needs to brag

So, why is Netflix sharing this viewership data now? It has something to prove to the rest of the industry.

As its competitors gear up to launch their own streaming services, Netflix is feeling the pressure. Netflix has long thrived on having a massive and diverse library of content. However, as Disney, Warner Bros. and Comcast enter the space, some of that library could disappear, including hit programs like “Friends” and the “Office,” which are currently being licensed to Netflix, but are not owned by the company.

Disney, which launches Disney+ in November, has already stopped licensing its new content to other services.

Netflix can no longer rely on just licensing from other media companies, it has to make its own programs. So, when something like “Murder Mystery” breaks a record on the site, it’s no surprise Netflix would want to flaunt it to the world.

“It’s a major flex from Netflix,” Csathy said. “They are telling the creative community ‘we are the place to be’ and ‘if Adam Sandler can do it, so can you.'”

Netflix has been working hard to add to its arsenal. The company has contracted high profile writers and producers like Ryan Murphy ( “Glee,” “American Horror Story”), Kenya Barris (“Black-ish”) and Shonda Rhimes (“Grey’s Anatomy,” “Scandal”). Murphy signed a five-year deal worth up to $300 million, Rhimes’ five-year contract is worth $150 million and Barris’ three-year deal is worth $100 million, according to media reports.

Netflix even has a multiyear deal with former President Barack and Michelle Obama for original programming and, on Wednesday, it was revealed the company had signed “Pose” writer and producer Janet Mock, becoming the first major media company to sign an openly transgender creator.

But, not everyone has been keen to showcase their products on Netflix. In 2017, Netflix tried to purchase the Academy Award nominated film “I, Tonya” about Olympic figure skater Tonya Harding, but was rebuffed in favor of a more traditional distribution model. Margot Robbie, who played Harding, had veto power when it came to the sale of the film and the “Suicide Squad” star reportedly vetoed the offer.

Showcasing some of its streaming successes so publicly could change how some content creators and actors view the brand.

Netflix is a promotion machine

The record-breaking weekend viewership of “Murder Mystery” also proves just how good Netflix is at promoting its content. Csathy and Pachter pointed out that the film appeared and still appears prominently on the website and app, offering a brief teaser trailer to entice users into clicking in to watch the film.

“Netflix can turn on demand at a flip of a switch,” Csathy said. “If Netflix places any content front and center, you can bet that a massive number of Netflix subscribers will click it and check it out.”

Pachter echoed this, noting that users don’t have to actively seek out Netflix’s original content, as it usually appears at the top of the page or in a promoted section not far from the top.

“It would be amazing if every one of those users had discovered this movie on their own,” he said.