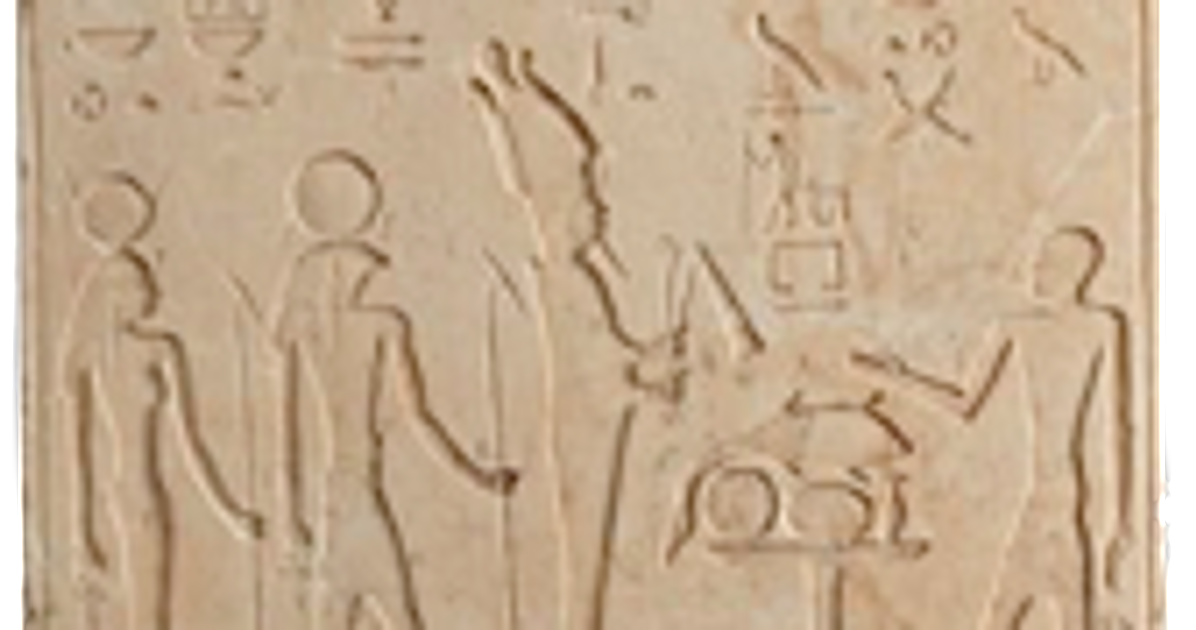 The 1.1m-high Late Period funerary stele, crafted in limestone, represents a priest named Padisena standing in front of an offerings table among the deities Hotus, Hathor and Osiris
Courtesy of the Manhattan District Attorney’s Office

Manhattan District Attorney Cyrus Vance has restituted a 2,600-year-old stele to Egypt, after the antiquity was seized by US authorities last year when it arrived at JFK from Paris, on its way to the TEFAF fair in New York. “As is typical in these cases, an investigation into one stolen piece often unspools a dark web of countless other trafficked items,” Vance said during a ceremony held at the Egyptian consulate in Manhattan on 18 November.The DA’s Antiquities Trafficking Unit, led by Matthew Bogdanos, in cooperation with New York Homeland Security Investigations, found that the object “was stolen by the same international smuggling network” that sold a golden sarcophagus to the Metropolitan Museum. Allegedly looted during the Arab Spring in 2011, the coffin was returned to Egypt in September 2019. According to a coordinated investigation involving authorities in the US, France, Germany and the UK, the group is suspected of having sold half a dozen masterpieces to the Metropolitan and the Louvre Abu Dhabi for more than €50m. The stele and sarcophagus, as well as several other items, have the same provenance: they all came from Simon Simonian, a former dealer in Cairo, who said the works were legally exported in the 1970s, after he purchased the stock of another local dealer. Bodganos says export licenses for the objects were forged, based on the study of “thousands of documents” seized by US authorities. Simonian died on 24 September in California, where he had retired.The stele was purchased by Cybele Gallery for €126,700 at a 2017 auction sale in Paris. The work had been vetted by Christophe Kunicki, a prominent archeologist and dealer, who also helped arrange the sale of the golden sarcophagus to the Met. Bogdanos says that a picture of the stele, unrestored and broken in two, appeared in emails sent in 2015 between Kunicki and Simon’s brother, Serop Simonian, and his associate in Hamburg, Roben Dib. The stele was consigned to the Paris auction under Dib’s mother’s name, Nassifa El-Khoury, who is also a dealer.Dib, who was also arrested in Germany at the end of August and released after five weeks in detention, maintains that “all the export documents were legit” and that he has evidence “that the stele had been held for a long time on deposit in German museums”. Since Cybele Gallery has filed a lawsuit in Paris to rescind the sale, Dib told The Art Newspaper that all the evidence will be presented to the court, to counter what he called “a witch hunt” led by Bogdanos.

In Pictures | Andy Warhol’s explicit drawings from the 1950s that he never got to publish
Dozens asked to participate in Documenta 15—only to realise invitations are fake
To Top
error: Content is protected !!
Top