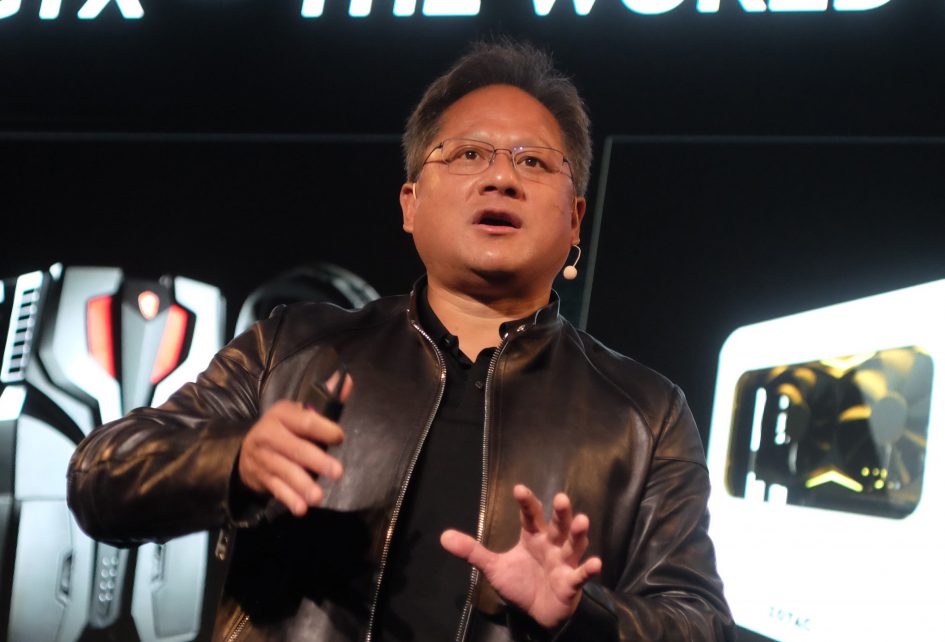 Nvidia stock rose as much as 7% on Thursday after hours, after the company reported better-than-expected fiscal-second quarter earnings.

Here’s what the company reported:

Nvidia’s revenue fell 17% on an annualized basis in the quarter, which ended on July 28, according to a statement.

Nvidia’s biggest segment, gaming, produced $1.31 billion in venue, down 27% on an annualized basis and just above the $1.30 billion consensus estimate among analysts surveyed by FactSet. Nvidia saw fewer shipments of graphics cards for desktop PCs and system-on-chip components for gaming systems.

The company’s data center segment came in with $655 million in revenue. That’s down 14% on an annualized basis and a bit less than the $668.5 million FactSet consensus. Nvidia cited a decline in revenue from “hyperscale” customers like cloud infrastructure providers.

With respect to guidance, Nvidia says that in the fiscal third quarter it expects $2.90 billion in revenue, plus or minus 2%. That’s below the $2.97 billion consensus estimate among analysts polled by Refinitiv.

Nvidia said it estimates gross margin in the fiscal third quarter to be 62.5%, plus or minus 50 basis points; analysts polled by FactSet had been looking for 60.2%.

Prior to earnings, shares of Nvidia had risen 11% since the start of 2019. In the fiscal second quarter Nvidia announced GeForce RTX Super graphics cards for gaming.

In the past few quarters, Nvidia’s results were impacted by supply issues. In a Tuesday note Matt Bryson of Wedbush Securities told clients that there are reasons to be optimistic about a return to normalcy in the second half of 2019. He pointed to pickup of Nintendo products containing Nvidia components and the introduction of the Nintendo Switch Lite console.

“Our meeting with [PC maker] Maingear indicated NVDA continues to dominate the high end/custom PC GPU market and is holding share vs. AMD, ” wrote Bryson, who has an outperform rating on Nvidia stock.

Executives will discuss the results with analysts on a conference call at 5:30 p.m. Eastern time.