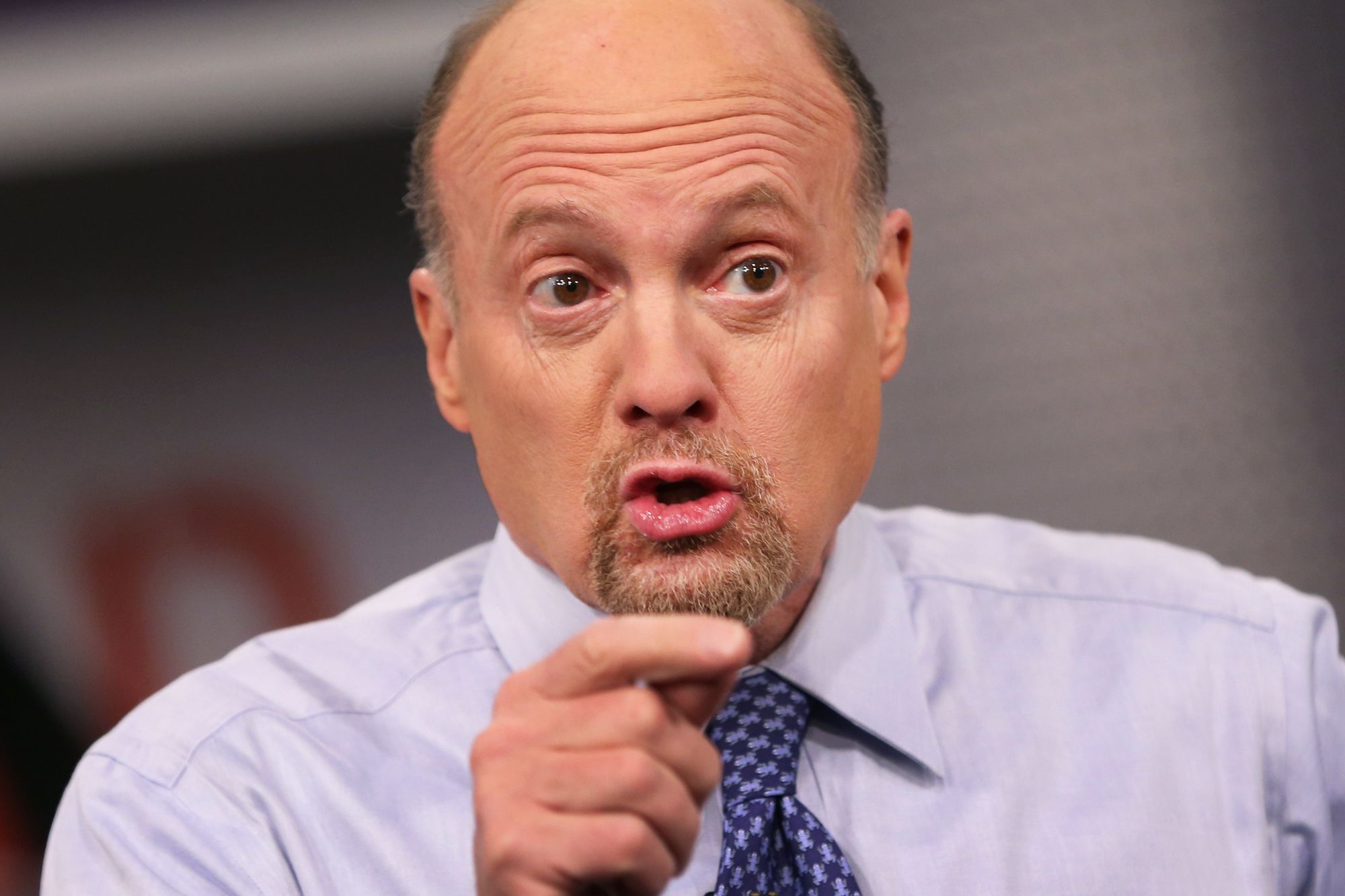 To raise enough capital, Occidental now has a loan from Berkshire Hathaway with an 8% interest rate, which is worth as much as $20 billion, he said. That could be an “albatross around the company’s neck,” he added.

“That’s staggeringly expensive money,” the “Mad Money” host said. “Occidental is a major company with a solid balance sheet and the Anadarko deal makes a ton of sense. They could do a normal bond offering and get a much lower rate.”

Buffett, on the other hand, made a good move that has “incredibly favorable terms,” Cramer said. The 8% rate is much more than what it would have cost Occidental to get a bank loan, he said.

“If you’re a shareholder, you should hate this deal,” he said. “Occidental’s stock pays a very high dividend that currently yields 5.4%, but that yield looks a lot less attractive when you realize Buffett’s getting 8% and he’s getting above you in the capital structure. I find it galling.”

Occidental CEO Vicki Hollub, however, loves the backing from Buffett, which is why she was willing to pay through the roof, Cramer said. And there was a need for speed to compete with Chevron, which has a larger purse, he continued.

“Think about it like this: if the price of oil does take a header, Occidental will be on the hook for a giant slug of cash. They’ll have a much harder time paying that back,” Cramer said. “You don’t gamble with the fate of your company, yet I think that’s actually what Hollub might be doing here.”

A man walks past monitors for a television studio on the floor of the New York Stock Exchange (NYSE) ahead of the closing bell, May 1, 2019 in New York City.

The red-hot market will be put to the test when Uber goes public next week, Cramer said.

Investors should be worried about froth — unsustainably high share prices — particularly in the IPO market because there is too much enthusiasm to buy stocks, he said, pointing to Beyond Meat’s second-day rally Friday after rocketing 163% on in its Thursday debut.

With an added 263,000 new non-farm payrolls last month and low inflation, Cramer said conditions are ideal for the Federal Reserve to maintain interest rates where they are — an encouraging note for the host.

“We’ve got a runaway freight train of a market and I’d love to see the darned thing cool off for more than a session or two,” he said. “It shouldn’t be this easy to make money because, trust me, periods like this one never last that long, and they almost.”

Traders work on the floor of the New York Stock Exchange (NYSE) on May 03, 2019 in New York City.

The key to playing stocks in relation to the business cycle is to figure out when the institutional investors will be triggered to buy and sell their holdings, Cramer said.

“If you wait for a particular cycle to turn, you’ll be too late — by the time there’s clear evidence, you’ve already missed the move,” he said. “On the other hand, if you try to move too early, and the cycle doesn’t turn, you can end up getting annihilated. That’s why you need to be very careful before you try to anticipate a turn, but if you get it right, the rewards are so bountiful that it’s almost always worth trying.”

There’s a split between the actual turn in a business cycle and its perception, Cramer said. The art of timing the cycle is subjective, and too much optimism can hurt a portfolio if the cycle doesn’t materialize as predicted, he added.

He suggested that investors think about “Ain’t No Mountain High Enough,” the timeless duet sung by Marvin Gaye and Tammi Terrell, when stocks rally well in advance of anything that seems to be good news.

“You’re not betting on when the business will bounce back, you’re betting on how patient the other money managers are going to be,” he said. “If there ain’t no valley wide enough for some of these bigger dogs, then, well, that’s the timeframe. When you can’t game the game, you have to game the players.”

Cramer reviewed what he thinks have been the most bizarre, yet lucrative, battles across industries in recent weeks here

Cramer was perplexed to find out that there can be bias in artificial intelligence. Tiger Tyagarajan, CEO of digital and data professional services firm Genpact, explained to the host that AI is based on data that is fed into it.

If a collection of data has a bias in it, the slant can be implanted into the machine learning, he said.

“Let’s say someone has had a bias in learning. You take all that data, you feed it in, the machine continues to do what you were doing, so the bias continues,” Tyagarajan said.

In order to remove the bias, rules must be inserted to counter it, he said.

“If you allow regular AI to work on old data, you’ll get the new is equal to the old,” Tyagarajan.

Cramer was caught off guard by recent lighting round callers who proposed the stocks of Rapid7, Inogen, and EPAM Systems.

Cramer’s lightning round: IPG is inexpensive, but don’t buy it here

In Cramer’s lightning round, the “Mad Money” host gave buy and sell calls on viewers’ stock picks of the day.

Interpublic Group of Companies Inc: “Very inexpensive advertising stock. I’m not gonna say pull the trigger, but it is inexpensive.

Cedar Fair LP: “This youngin’ likes yield. So do I. I think it’s good. It’s better, frankly, than Six Flags. “

NextEra Energy Inc: “You’ve got a good one with Nextera. It’s a growth utility. There are very few of them in this country, and you’ve got one. I say buy, buy, buy.”