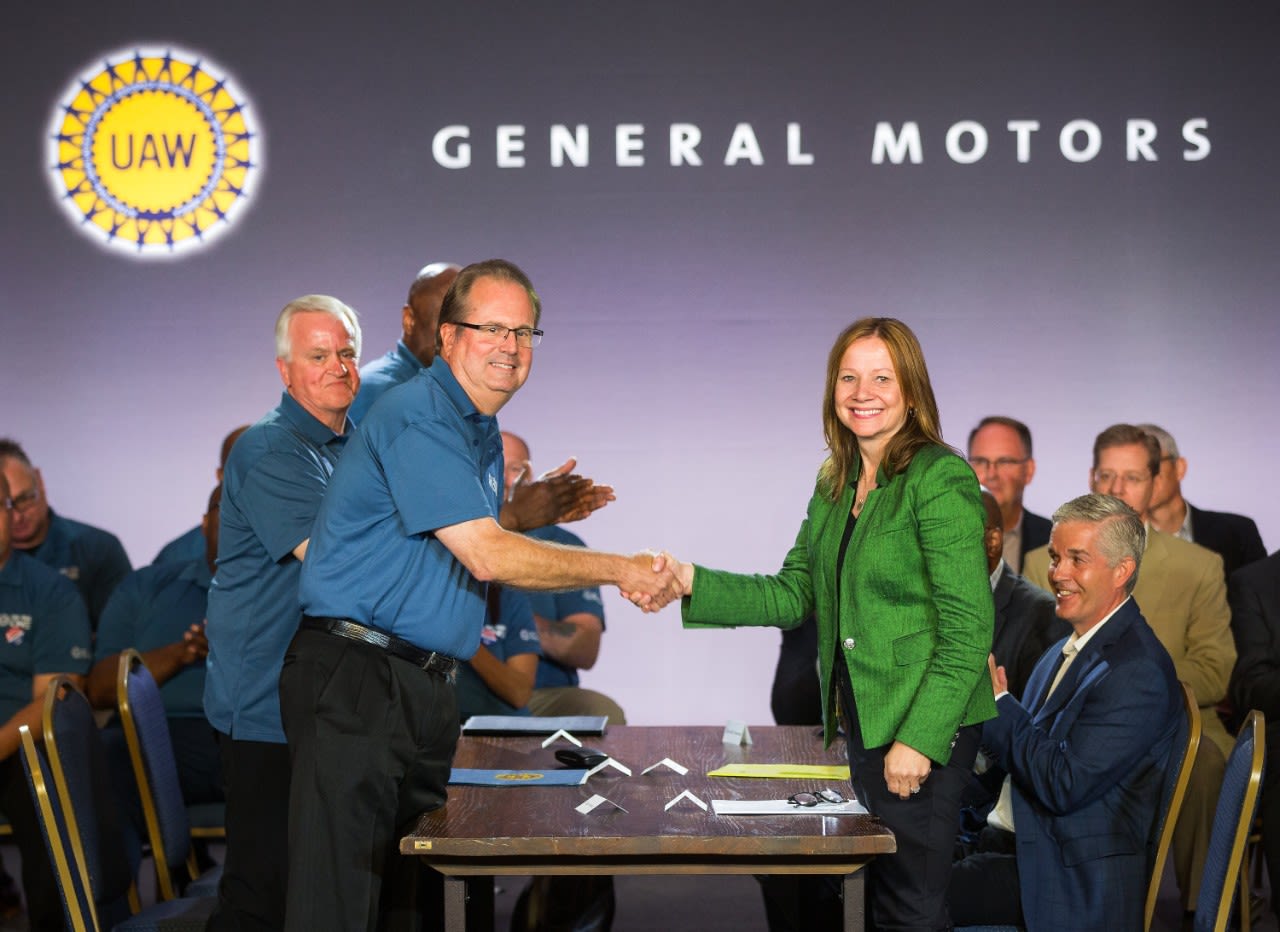 Barra, speaking during a ceremony to officially begin negotiations with the union, said the company and union need to be “agile, decisive and disciplined” together more than ever amid a “rapidly” changing auto industry.

“Today, we are at a turning point when it comes to the transformation of the industry and this company,” she said during the event inside GM’s global headquarters in Detroit. “Our collective future is at stake. We cannot move forward without one another.”

UAW leaders took a different position, pledging to use contract negotiations this year with GM to fight the company’s plans to potentially close four U.S. plants.

“Speaking on behalf of my brothers and sisters, know this, we will not leave no stone unturned,” UAW President Gary Jones said during the event. “We will fight to keep these union plants open and allocate more products here on American soil. It can be done.”

His comments came as about 80 laid-off workers and supporters from Lordstown Assembly, a plant in Ohio that GM idled in March, picketed outside GM’s headquarters.

Barra did not directly address Lordstown or the other impacted plants in Michigan and Maryland during her remarks. She instead cited a need to be “proactive on all fronts because we are not here merely to survive, we are here to lead it and we are here to win.”

In November, GM initially announced five plants in North America, including one in Canada, would be “unallocated” of product and potentially close as part of a corporate restructuring aimed to cut $6 billion in costs a year by 2020. The plans, which impacted roughly 14,000 U.S. salaried and hourly workers, were hailed by investors as a way for the automaker to address production overcapacity in the U.S. but heavily criticized by union leaders and President Donald Trump, who demanded the company sell or reopen Lordstown.

“Get that big, beautiful plant in Ohio open now,” Trump tweeted in March. “Close a plant in China or Mexico, where you invested so heavily pre-Trump, but not in the U.S.A. Bring jobs home!”

In May, GM announced it was in discussions with Workhorse Group Inc, a Cincinnati-based EV manufacturer, and an affiliate company to sell Lordstown Assembly. The plan was hailed by Trump but criticized by other public officials and union members for not being enough to fill the plant.

Dave Smith, a laid-off Lordstown worker who was picketing Tuesday in Detroit, said he hopes the union can deliver on bringing new product to the Ohio plant.

“It’s going to kind of break up our family if I have to move,” said the 49-year-old Lordstown resident about potentially being assigned to another plant. Smith, who says he has worked at Lordstown Assembly for 24 years, also said “hopefully” Trump continues to push the company and helps the union “get a product back in there.”

This year’s contract talks between the union and Big Three Detroit automakers are expected to be the most contentious in at least a decade amid “America first” policies from the Trump administration, a tight labor market and thousands of job cuts and cost reductions as the industry prepares for an expected economic downturn.

Union leaders said this year’s negotiations will set the wages and benefits for about 158,000 members. The outcome will also help steer investment plans for GM, Ford and Fiat Chrysler in the U.S. for the next several years.

UAW members and supporters from General Motors’ Lordstown Assembly plant, which was idled in March, picket outside GM’s headquarters, as 2019 contract negotiations get underway.

GM is expected to have toughest negotiations this year with the union due to the automaker’s potential plant closures.

The UAW and Ford were the first to officially open their negotiations Monday, followed by GM Tuesday morning and Fiat Chrysler Tuesday afternoon.

Mark Stewart, chief operating officer of FCA – North America, discussed the company’s need to negotiate a flexible contract that will allow it to adapt to changes in the economy and automotive industry.

“We’ve got to continue to make the right strategic decisions together to continue our profitable growth so we can to invest right here in the U.S.,” he said during the event at the automaker’s North American headquarters in Auburn Hills, Mich.

His remarks were similar to those of executives at GM and Ford, while the UAW’s Jones reiterated the union’s objectives to secure future investment and award UAW members for assisting the companies in achieving record profits in recent years.

“We are the voice of the American worker. We are the defenders of the middle class. And we are ready to talk,” Jones said to end his prepared remarks with each automaker, including Fiat Chrysler.

The contracts between the union and automakers all expire on Sept. 14, however it’s common for that deadline to be pushed back weeks, if not months.

GM shares were relatively unchanged in trading Tuesday. The stock, which has a market value of $55.8 billion, is up 17% since January.