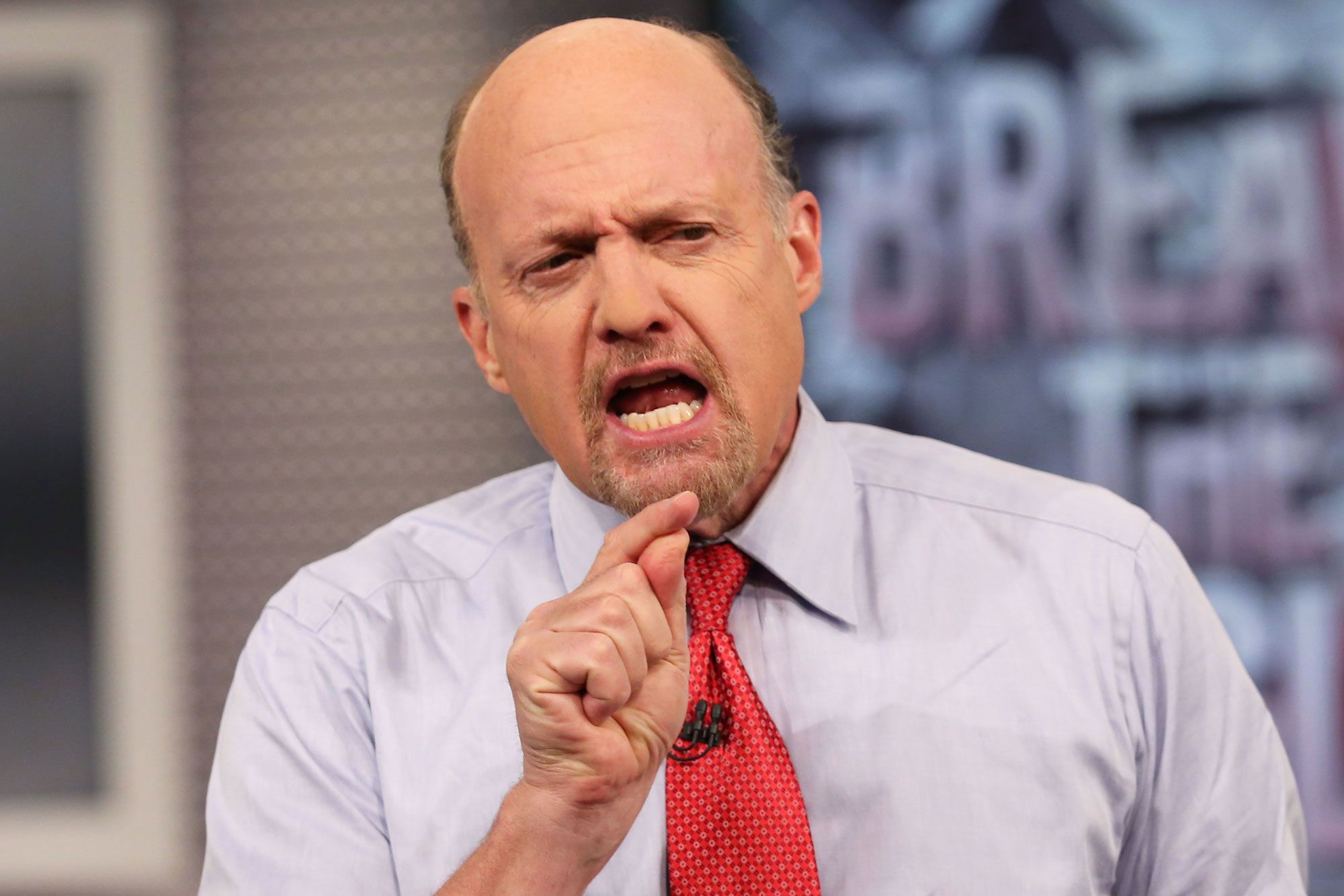 CNBC’s Jim Cramer continues to suggest that investors should own Apple’s stock and not trade it, even as the company weathers the storm of the prolonged trade war.

“You need to strap yourself to the mast if you’re gonna hold onto this one, as we’ve done for my charitable trust,” the “Mad Money” host said Wednesday.

Earlier that day, a Goldman Sachs analyst said that Apple’s earnings could tank almost 30% if China bans its products in retaliation to trade tensions. The iPhone maker’s share price plunged more than 2% during the trading day.﻿

“Worse, Apple’s supply chain is deeply embedded in China, and Goldman says they can’t move their production any time soon,” Cramer said. “So if the Communist Party does anything to limit iPhone production … the consequences could be serious, especially with the next iteration set to come out this fall.”

There was no secret that Apple had high exposure to China, but Goldman Sachs’ analysis was unexpected, Cramer said.

Apple has yet to reveal  how tariffs have impacted business, he continued. The company’s ecosystem employs millions in China, so it would make more sense for the country to go after firms that make products in America, he said.

“But if President Trump keeps blacklisting Chinese technology companies … they might feel compelled to go after Apple,” Cramer said. “I still believe you should own Apple. I’m not trading it.”

NEW YORK, NY – NOVEMBER 13: Traders work on the floor of the New York Stock Exchange (NYSE) on November 13, 2018 a day after the Dow Jones Industrial Average fell by 600 points on concerns about profits in tech companies and consequences of a growing trade war.

Cramer said that market volatility could get worse before it gets better as U.S.-China trade tensions drag on.

A day after major U.S. indexes traded in the green, the Dow Jones Industrial Average sank more than 100 points Wednesday, the S&P 500 dropped 0.28% and the Nasdaq Composite fell 0.45%.

“I’m not saying you should skedaddle from every stock with meaningful Chinese exposure,” the he said. “I just want you to know what you own so you’re not surprised when this pattern continues. That way, you’ll be able to buy stocks that get marked down for the wrong reasons the next time the whole market gets hammered.”

The veterinary services company expects its diagnostics business will be bringing in $24 billion annually by 2042. That segment brought in $3.5 billion in 2017. Idexx has expansion plans for its clinical testing operations mapped out over the next 10 years, Ayers said.

“These are long runways to growth,” Ayers said in a sit-down interview with Cramer. “The nice thing about demographics is you can predict them out for decades.”

Read about the interview here

A Target worker helps a customer at a Target store in San Rafael, California.

“They’ve figured out to beat all their opponents, from Walmart to Amazon to everyone inside and outside the mall, ” Cramer said.

Get more on Cramer’s thoughts here

Edgewell Personal Care, the company behind Schick razors and WetOnes, announced earlier this month that it would acquire private skin care-products maker Harry’s.

Cramer brought on Edgewell CEO Rod Little and Harry’s co-founders (pictured) Jeff Raider and Andy Katz-Mayfield to hear how the company plans to build the next generation platform for consumer products.

Partnering with a champion

The company’s most recognizable partner, however, is the Golden State Warriors and the Chase Center arena, the San Francisco home of the defending NBA Finals champions.

“All business communications of [the] Warriors front office and Warriors back office as well as anything to take place within the Chase Center facility itself will now be powered by RingCentral,” CEO Vlad Shmunis said in a one-on-one with Cramer.

Cramer’s lightning round: Autos are tough, but Honda has a good story

In Cramer’s lightning round, the “Mad Money’ host zips through his thoughts about callers’ stock picks.

Honda Motor: “You are the second person this week that has told me to look at Honda. I said the same to the other guy, which is that I don’t like any of the auto stocks, except for Ford. But the story you told is actually a good one ’cause I researched this after the last guy told me. By the way, Toyota’s not bad either.”

Reliance’s Mukesh Ambani set to take on Amazon’s Jeff Bezos in India
Target’s Q1 shows it has a recipe to beat Amazon and win in retail
To Top
error: Content is protected !!
Top