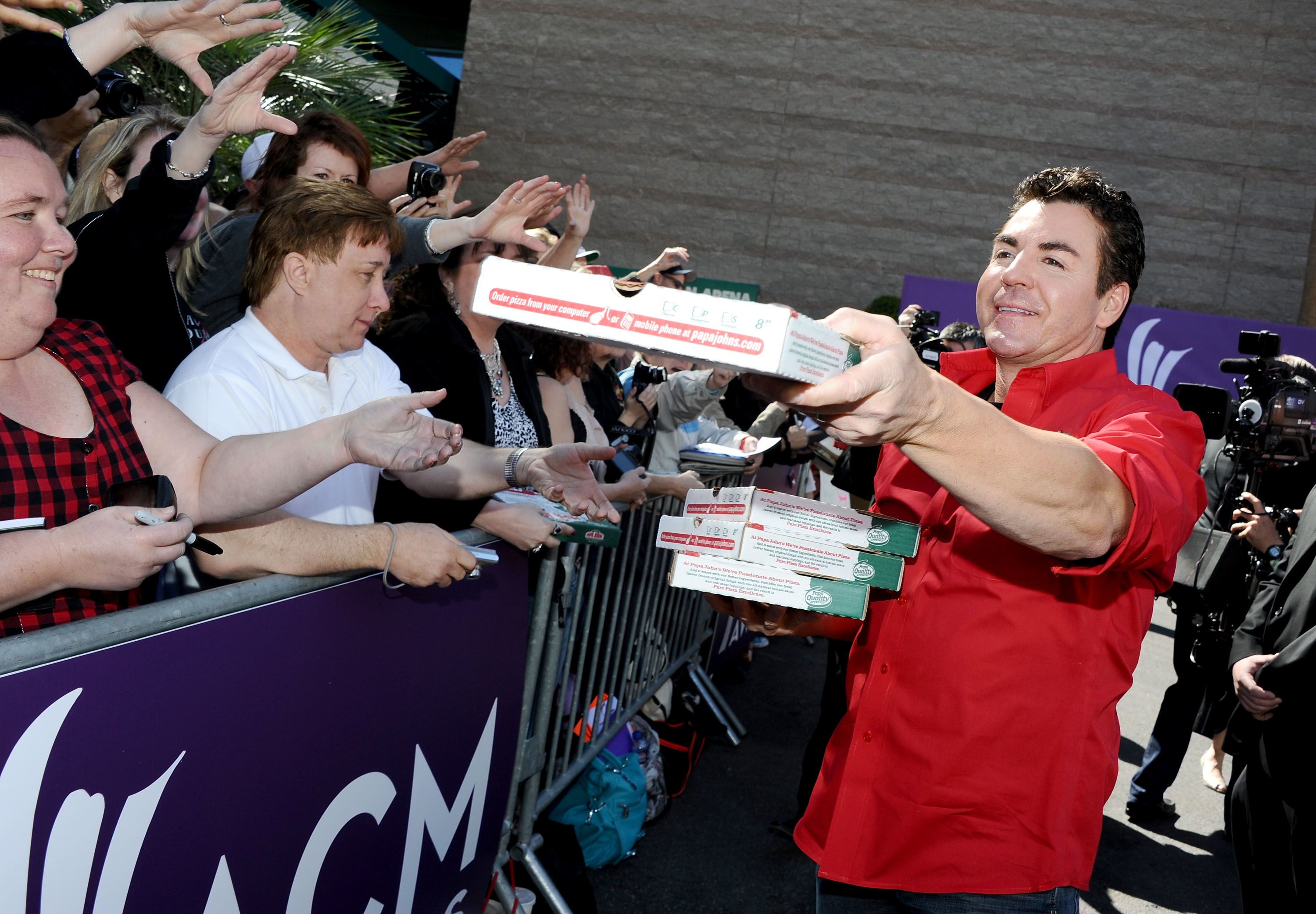 Papa John’s Pizza CEO John Schnatter hands out pizza as he arrives at the 47th Annual Academy Of Country Music Awards held at the MGM Grand Garden Arena on April 1, 2012 in Las Vegas

Papa John’s founder John Schnatter has been selling his shares in the company but remains its largest shareholder.

Shares of the pizza chain fell 2% in premarket trading Thursday. The stock, which has a market value of $1.5 billion, is up 16% so far this year.

Earlier this month, Schnatter said in a regulatory filing that he had solicited financial advisors for help selling all or part of his stake in the company he founded.

Since then, he has sold 3.8 million shares and now owns about 6.1 million shares, according to a regulatory filing Thursday. Schnatter’s stake in the company is now about 19%, down from roughly 31% before he began selling shares.

But he will not be selling any more of his shares until Aug. 19 as part of a private placement sale with UBS, which purchased roughly 3.4 million shares from him Tuesday. He netted $157.5 million from the sale. Schnatter sold the other roughly 400,000 shares on the open market.

Ten months ago, the pizza chain ousted Schnatter as chairman after it was reported that he used a racial slur on a conference call. Sales tumbled, and Papa John’s has struggled to recover.

After his ouster, Schnatter filed several lawsuits against the company in a bid to regain control but eventually agreed to dismiss the claims as part of a settlement with Papa John’s. Until April 30, he served as a director on Papa John’s board but agreed to not seek reelection.