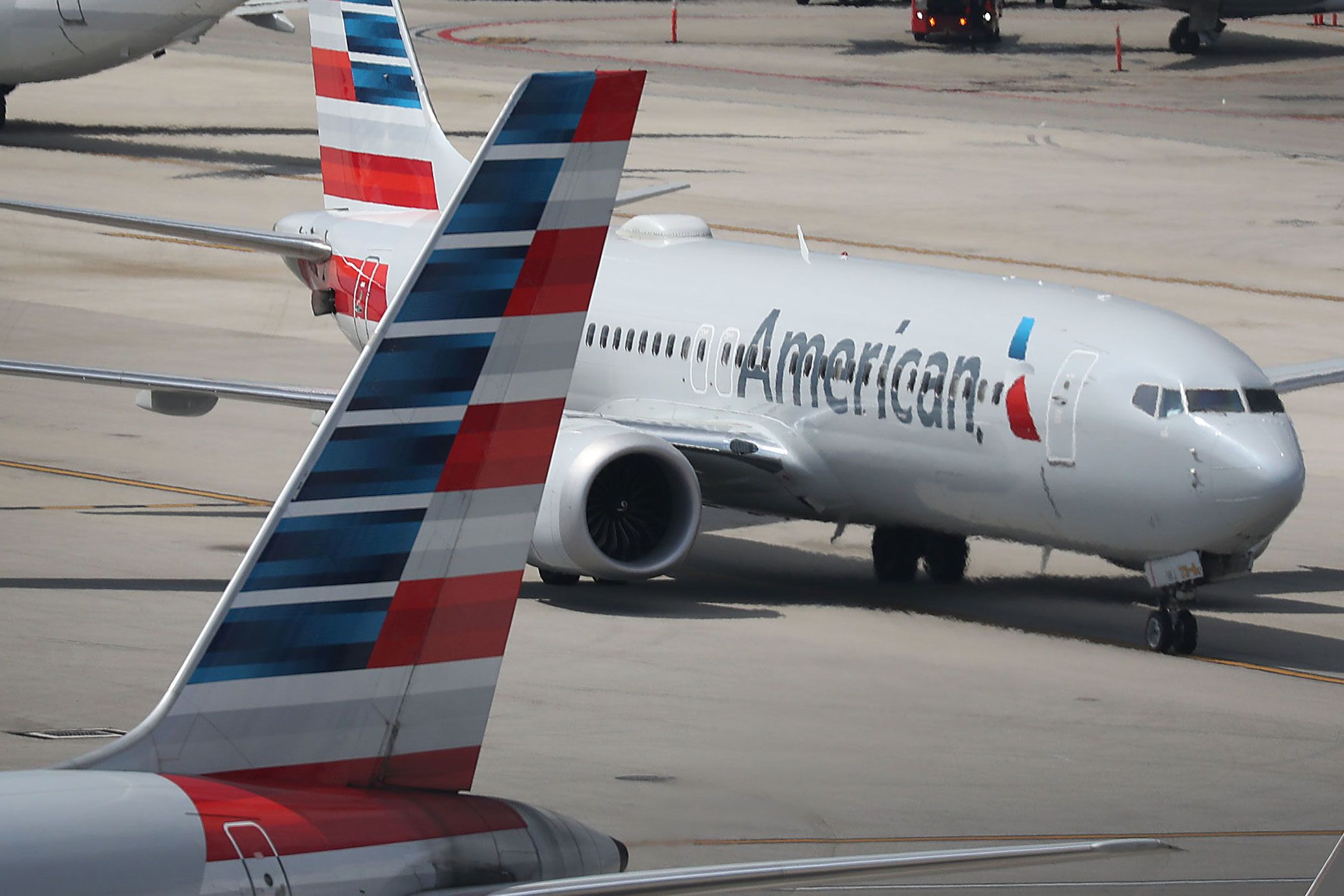 An American Airlines Boeing 737 Max 8 arriving from Washington’s Ronald Reagan National Airport is seen taxiing to its gate at the Miami International Airport on March 12, 2019 in Miami, Florida.

American Airlines is prepared to further delay reintroducing the Boeing 737 Max to its schedule as regulators review safety fixes prepared by the manufacturer, a decision that includes political factors, the airline’s CEO, Doug Parker, told employees.

The popular Boeing jet has been grounded worldwide since mid-March following two fatal crashes ⁠— one in Indonesia in October and another in Ethiopia in March ⁠— claimed a total of 346 lives.

American Airlines earlier this month said it would remove the 737 Max from its schedule until after Labor Day, more than two weeks later than it had previously said. The carrier has 24 Boeing 737 Max planes in its fleet of more than 900 aircraft.

Other airlines including Southwest and United have also extended flight cancellations from the 737 Max longer than anticipated as the grounding continues.

Boeing has completed a software fix for the planes after investigators implicated an anti-stall program in both crashes. Regulators, including the Federal Aviation Administration, have not yet approved the software changes or the additional pilot training material Boeing has been developing.

“There is an absolute software fix that’s this close to being certified, but they’ve been saying that for a while,” Doug Parker told employees in a town hall meeting last week, according to an audio recording reviewed by CNBC. “I think as much as anything now it may be politics as much as the true certification … safety issue. I don’t think the FAA wants to be alone in doing this.”

The U.S. was the last major aviation market to ground the jets in March after the Ethiopian Airlines crash, a stark change for the agency that usually takes the lead on aircraft safety.

The FAA’s acting chief Daniel Elwell has expressed hope that international aviation regulators and the agency could work together to get the planes flying again.

Even once officials approve the plane for service American will need about 30 to 45 days to provide its more than 4,000 Boeing 737 pilots with the additional required training.

While some pilots may be prepared to fly on the jet shortly after its approved by regulators, because airlines frequently swap out airplanes, a flight could be left with a crew that has not yet been trained, so it is easier for airlines to delay its re-entry into service.

Because American’s crews need to start picking trips for their schedules in September in the coming weeks, the airline may have to push out the reintroduction of the plane further.

“You may see us push it back a month,” Parker told employees.

US considers requiring 5G equipment for domestic be made outside of China: WSJ
Globe heading for recession and bear market if trade talks fail
To Top
error: Content is protected !!
Top