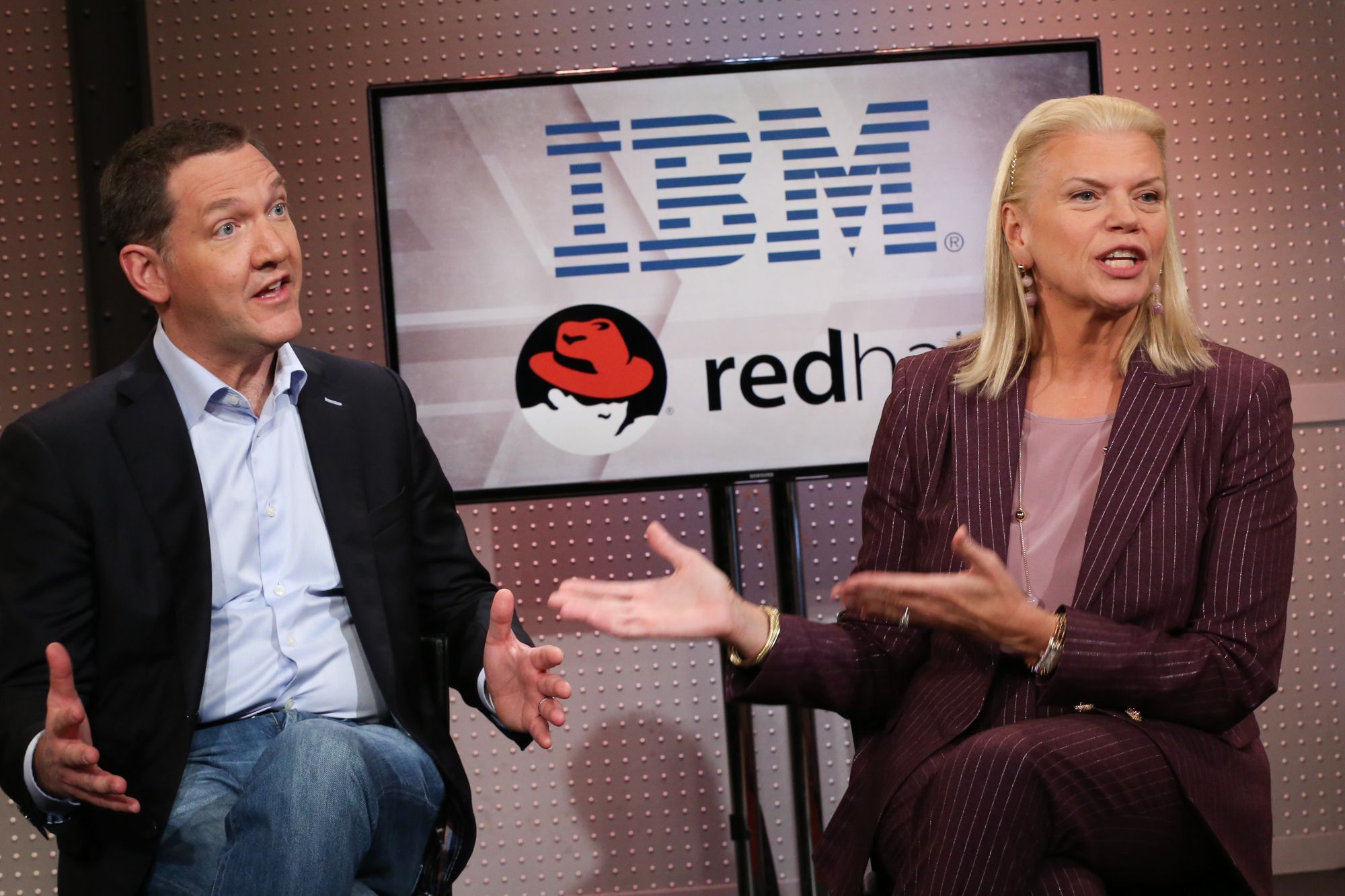 Red Hat, she said, already has a sizable reach, but not the 175-country operation that IBM maintains.

“We grow by expanding Red Hat that way,” Rometty explained to CNBC’s Jim Cramer in a “Mad Money” interview, alongside former Red Hat CEO Jim Whitehurst. “It really is a play that helps all of IBM, as well as extends what Red Hat’s done, and then together we make it even better.”

On Tuesday, IBM closed its long-anticipated $34 billion acquisition of the enterprise software manufacturer. With the merger, IBM now offers the leading platform for the hybrid cloud, Rometty said.

“It runs not only on the IBM cloud — not only on-premise in private clouds — it runs on every other public cloud out there,” she said, “whether that’s Amazon, Microsoft, [Alphabet-subsidiary] Google. “

Red Hat’s OpenShift on-premises platform could attract more business to IBM, according to some analysts. IBM has reported three-straight quarters of declining year-over-year revenue. That follows a period of 22 consecutive quarters of decreasing revenue, which ended in 2017 with an up quarter.

“How this creates value is [by] accelerating our clients’ businesses, and that creates more value, creates more spend, for all of this,” Whitehurst said. “And so you know when I talk to Microsoft or Amazon, they’re excited about this because they say ‘Hey, if more workloads are running on OpenShift, OpenShift runs on my cloud, that gives me a greater growth opportunity.”