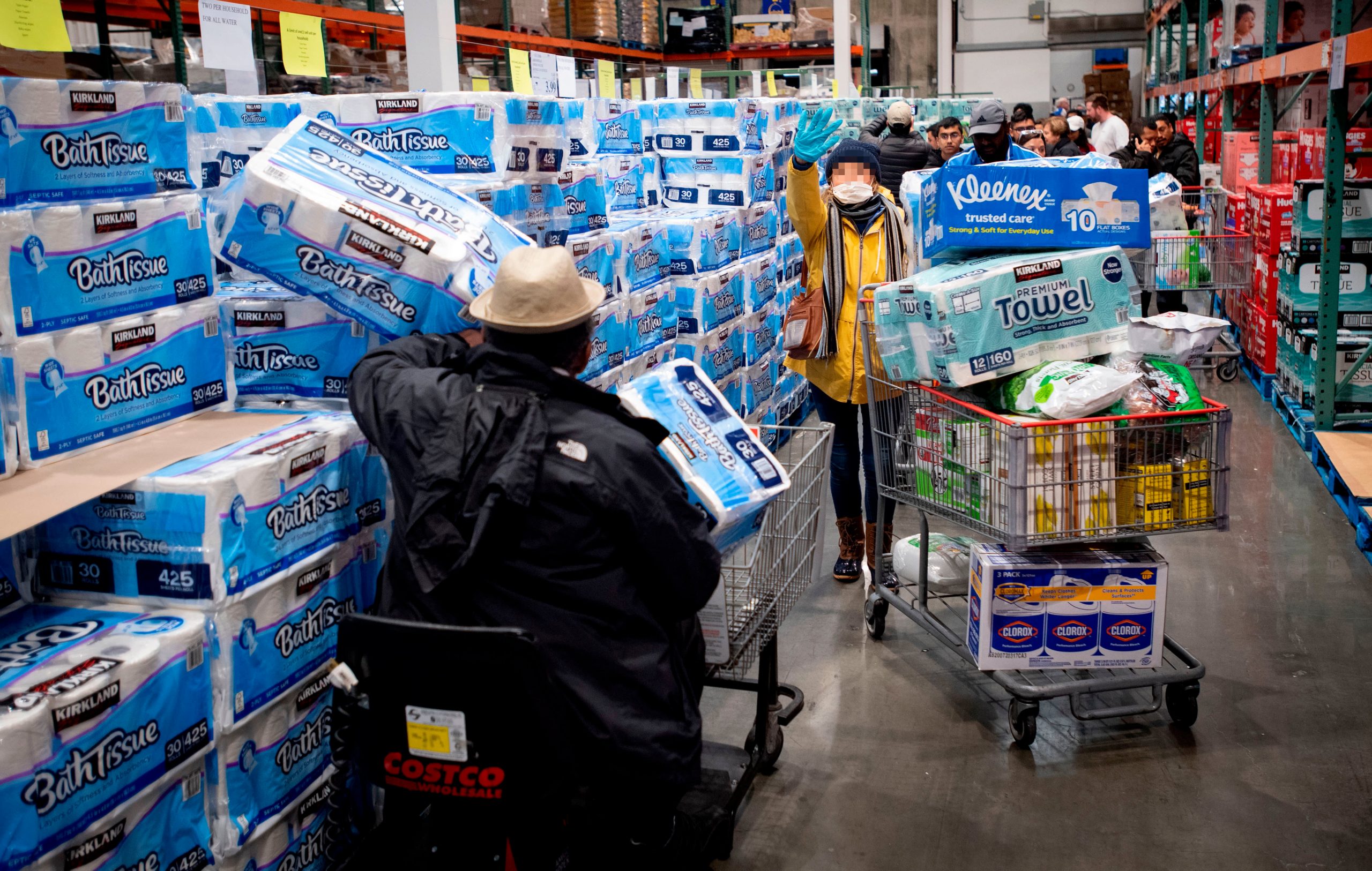 People shop for toilet paper at a Costco store in Novato, California on March 14, 2020.Josh Edelson | AFP | Getty ImagesSurging demand stemming from the coronavirus pandemic led sales of consumer packaged goods, which encompasses everything from toilet paper to canned soup, to climb 9.4% to $1.53 trillion last year, according to new report from the Consumer Brands Association.But the boom in demand hasn’t abated yet, and the trade group said that manufacturers are still struggling to catch up on inventory. To meet the challenge, companies are hiring more workers, adding new factory lines and boosting wages amid the protracted surge in demand.”This was the greatest test that the system could’ve ever experienced,” said Geoff Freeman, chief executive of the CBA. “Our wildest imagination may not have been able to imagine the 12-month surge that we just went through.”Even as the pandemic subsides, the CBA is forecasting that industry’s 2021 sales will still be up 7.4% to 8.5% from 2019. January sales are up 16% from the same time a year ago, representing the highest year-over-year change since last March. February sales growth slowed slightly but was still in the double digits. Before the pandemic, strong growth for a CPG company meant an increase in the low single digits.”This industry is still sprinting a marathon,” said Katie Denis, CBA’s vice president of research and industry narrative.The last year’s soaring demand means that manufacturers are still trying to catch up on supply, and every obstacle can mean millions of dollars in lost sales. Freeman cited a conversation with a chief executive who saw more than a quarter of his manufacturing plants closed for a week in February due to the Texas winter storm. The Suez Canal blockage in March caused even more headaches.General Mills and Clorox are among the companies that turned to third-party manufacturers for a temporary fix to skyrocketing demand. The situation has prompted some CPG companies to rethink inventory targets and how close products should be to retailers. Freeman said that some manufacturers won’t be able to catch up on inventory until new capital expenditures come online.The current stress on the supply chain means that some shortages, like the ongoing ketchup packet scarcity first reported by the Wall Street Journal, are harder to forecast.”That’s the kind of thing that we should see coming six to 12 months in advance,” Freeman said.The surge in demand has resulted in higher wages for CPG manufacturing workers. PepsiCo and Hormel were among those who gave out bonuses to their frontline employees last year. According to the CBA report, pay for food manufacturing workers climbed 3.4% in July through September compared with the same time a year ago. Nationwide non-farm wages fell 0.8% in the same period.”I don’t know if [wages] will climb higher than 2020, but there’s no reason to believe that there will be a drop off, according to the companies that we surveyed with McKinsey,” said Denis.CPG companies also ramped up their hiring. After initial job losses hit the industry, particularly for foodservice suppliers, other food, beverage and household product manufacturers scrambled to scoop up more workers. Some companies hired 10% to 20% more workers than they actually needed to account for employees who were quarantining or caring for sick relatives, according to Freeman.According to the CBA report, current manufacturing employment within the industry is down just 2% from January 2020 levels, while the overall U.S. employment rate was 6% in March.