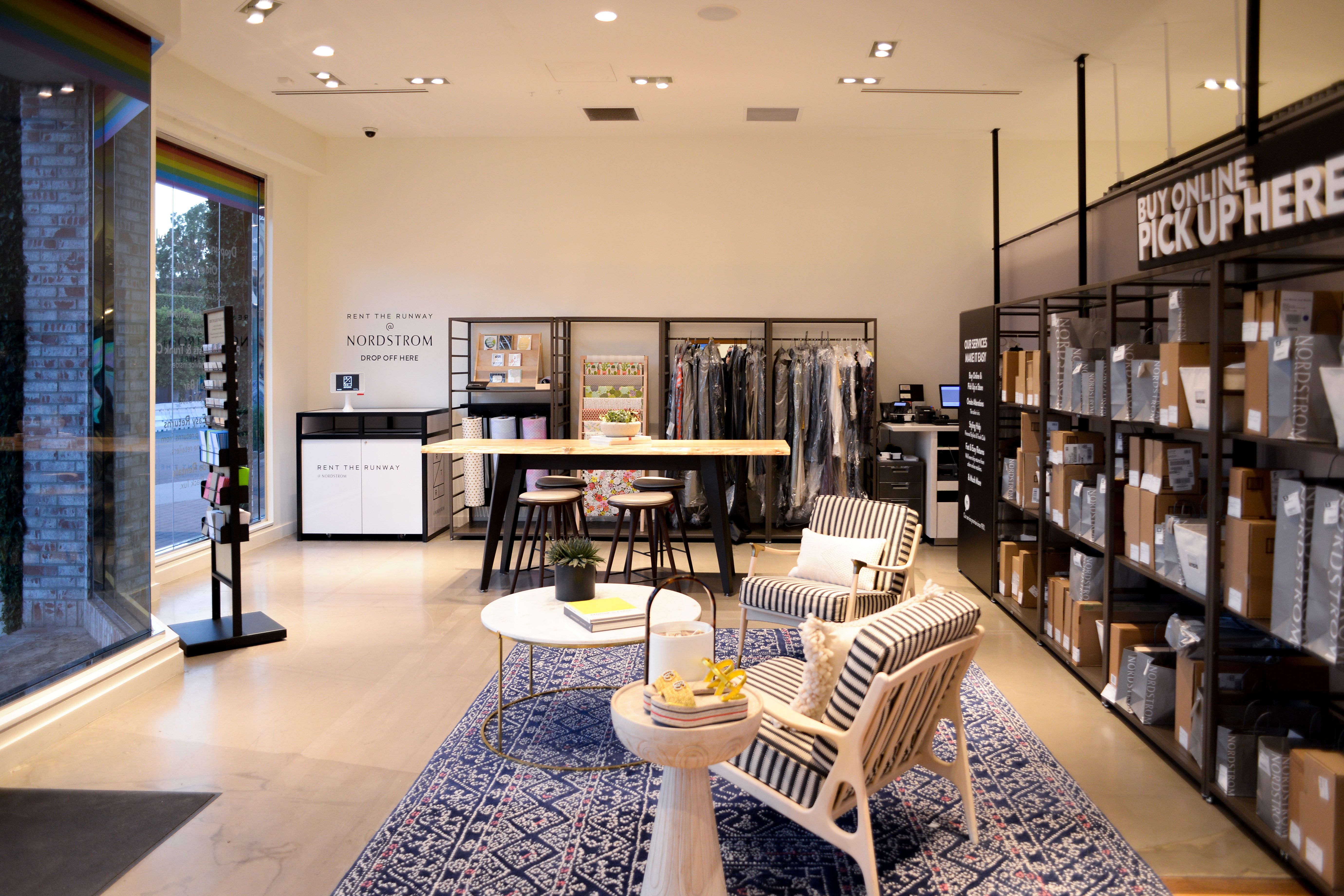 The inside of Nordstrom Local on Melrose Ave. in Los Angeles, where Rent the Runway has one of its drop-off boxes.

The deal marks Rent the Runway’s second tie-up to expand its reach after it started putting drop boxes in certain WeWork locations last fall. And for department store chain Nordstrom, it adds a perk to help draw shoppers into its stores.

The drop boxes will be at three of Nordstrom’s small-format neighborhood locations, known as Nordstrom Local: on Melrose Avenue, in the Brentwood neighborhood and downtown. There will also be a drop box added to Nordstrom’s full-line store at The Grove in Los Angeles.

Rent the Runway says it’s likely it will be growing with Nordstrom beyond California after this initial rollout is complete. It said Los Angeles is its fourth-biggest market.

To acquire more subscribers and attract new ones, rolling out more spaces where users can drop off rented clothes is helping Rent the Runway to scale, said Maureen Sullivan, its chief operating officer.

“We wouldn’t be doing this unless we thought we had the potential to scale,” Sullivan said, so the company can “really understand what [our] respective customers want.”

Since launching in WeWork, for example, the company said it’s seen a 180% increase in the number of returns it receives, meaning people are churning through clothes and accessories more frequently.

Rent the Runway shoppers normally return items via a box in the mail, which slows down the turnaround time for new orders under the company’s monthly subscription plans. That could take days. Customers for $159 can rent an unlimited number of outfits a month, with any four styles out at any one time. Or they can rent just four pieces a month at $89. And for the items they really like, customers always have the option to purchase pieces at discounted prices.

“Our philosophy is we are only going to do things that are convenient,” Sullivan said. Rent the Runway is going where “our customers shop or do spend time,” she said.

Rent the Runway only has five bricks-and-mortar locations today: One in New York near Union Square that’s about 4,000 square feet, and another recently opened in San Francisco that’s about double that size. The latter has a coffee bar, extra dressing rooms and more space for evening events with fashion and design influencers. It also has shops in Los Angeles, Washington, D.C., and Chicago.

As it tries to scale, Rent the Runway recently started offering items in the home-goods category through a partnership with furniture retailer West Elm. And in March it said it had brought in $125 million in its latest fund-raising round, upping its valuation to the unicorn level of $1 billion.

“We believe that Rent the Runway and Nordstrom customers share a lot of the same qualities,” said Shea Jensen, senior vice president of customer experience at Nordstrom. “Customers have told us that convenience matters to them.”