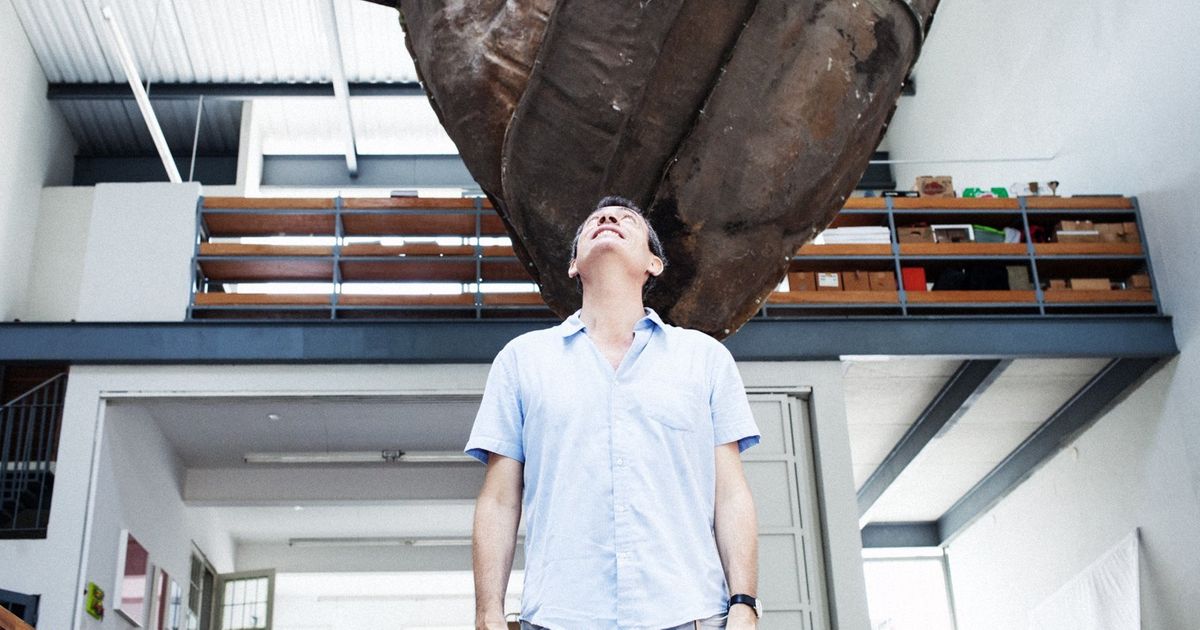 The Brazilian artist Carlito Carvalhosa, a prolific and multi-faceted painter and sculptor, has died, aged 59. He died on 13 May at the Nova Star Hospital in São Paulo. He was one of the founding members of the influential Brazilian art collective Casa 7 and was the first living Brazilian artist to have a solo exhibition at the Museum of Modern Art (MoMA) in New York.Carvalhosa was born in 1961 in São Paulo and studied architecture and urbanism at the University of São Paulo, during which he also studied metal engraving with the artist Sérgio Fingermann. In the 1980s, he founded Casa 7 along with Paulo Monteiro, Nuno Ramos, Fabio Miguez and Rodrigo Andrade. The group produced paintings influenced by Neo-Expressionism and Constructivism. In the late 1980s, as the group disbanded, Carvalhosa received a scholarship from the Deutscher Akademischer Austauschdienst and lived in Cologne until 1992. He began experimenting with encaustics and creating sculptural paintings made from wax and malleable materials . His long-time dealer Nara Roesler organised an exhibition in New York that revisited these minimalist pieces in 2019. In a statement, Roesler says Carvalhosa’s work was “always restless, experimental and enigmatic”. Throughout his career, the artist also experimented with other mediums, including porcelain works and large-scale sculptures made with industrial materials, as well as paintings with mirrored surfaces. Carvalhosa participated in several major exhibitions in his lifetime, including the São Paulo Biennial in 1985, the Havana Biennial in 1986 and the Mercosul Biennial in 2009 and 2011. His work is included in various significant collections, including the Museum of Modern Art of São Paulo, the Pinacoteca de São Paulo and the Cisneros Fontanals Art Foundation in Miami. Carvalhosa’s 2011 exhibition at MoMA he showed the installation Sum of Days, comprised of an immersive labyrinthic white cloth suspended from the museum’s atrium. The translucent sculpture was fitted with a system of microphones that recorded ambient noises in the space, which were combined and layered during the run of the exhibition and emitted from speakers. The show premiered at the Pinacoteca de São Paulo the year before, and at MoMA served as a backdrop to an extensive roster of adjacent programmes, including musical performances by Philip Glass, Michael Riesman and others composers.In a touching tribute to the artist, the curator Luis Pérez-Oramas, who organised the MoMA exhibition with the assistant curator Geaninne Gutiérrez-Guimarães, says Carvalhosa “knew how to transform—even transfigure—all the adversities and aesthetics of the world with intelligence, pleasure and joy”.

National Gallery of Art recruits the first woman and person of colour to serve as its chief curator
Dasha Zhukova, founder of Garage magazine, launches a real estate firm that places a high premium on culture.
To Top
error: Content is protected !!
Top