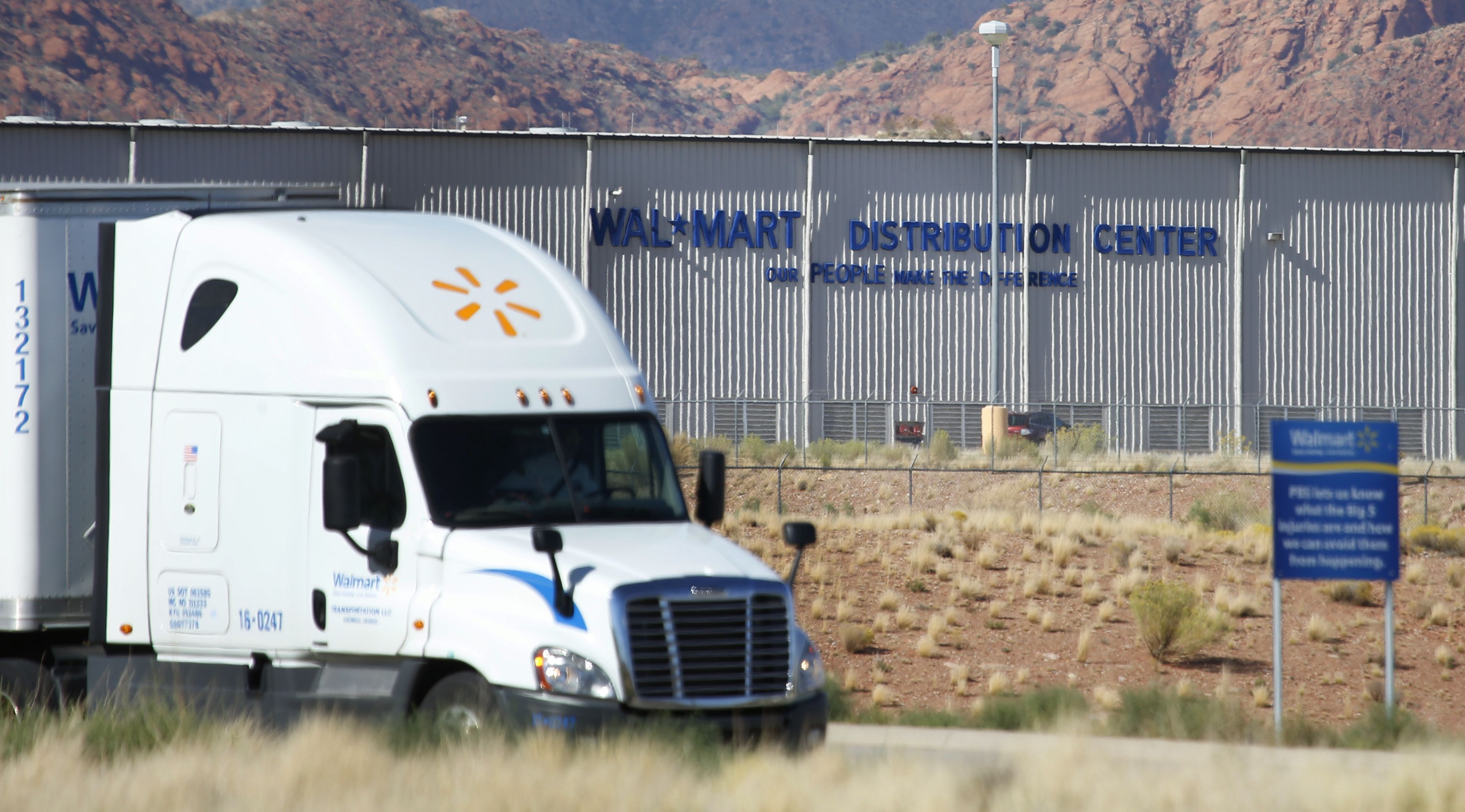 Even as analysts have called the doom of retail as Amazon’s might and influence grows stronger, some have bounced back — often with the help of their online business.

A number of retailers and restaurants over the past few weeks have reported explosive growth of e-commerce sales. Lululemon on Wednesday said online sales this past quarter grew 35%. Target’s online sales were up 42%, and Walmart reported 37% digital growth. Dick’s Sporting Goods’ online sales were up 15%. Best Buy’s digital business in the U.S. grew 14.5%.

Investors have been rewarding this growth. Walmart and Lululemon shares both hit a 52-week high Thursday. Walmart’s stock has gained 16% so far this year, while Lululemon’s stock is up more than 42% since January. Starbucks is up nearly 30%, while Chipotle has gained 70% this year.

“Now, it’s easier in some ways to be a late mover,” in retailing online, Sucharita Kodali, a retail analyst at Forrester Research, said in an interview.

Timing could be what’s giving companies like Lululemon and Walmart a leg up. They didn’t have to “reinvent the wheel” online, she said, but instead have been able to take “best practices” from other companies like Amazon, which started as an online bookstore in 1995. In Walmart’s case, that’s included acquisitions of start-ups like Jet.com that have given it a bench of young and experienced tech talent.

Meanwhile, what’s giving these retailers such a strong muscle online is something Amazon can’t match, at least today: bricks-and-mortar stores. Traditional retailers are finally getting the hang of offering services like curbside pickup and buy online, pick up in store, helping boost online sales but also cutting back on shipping costs for the company.

Lululemon, for example, spoke this quarter about expanding a buy online pick up in store options. About 150 of its roughly 440 stores now offer the service, the company said, and it plans to expand the option across its entire store base by the end of the third quarter.

Much of Target’s growth online has also stemmed from these services.

During the first quarter of fiscal 2019, Target said its same-day delivery service with Shipt, curbside and in-store pickup drove more than half of its 42% e-commerce sales growth and 25% of same-store sales growth. Sales at stores open at least a year were up 4.8% during the period, outpacing estimates.

The financial benefit of all this for Target is that when customers pick items up in stores, it’s 90% cheaper for the retailer than when it has to ship something from a warehouse, the company has said.

“Even today, on any given day, upwards of 50% of our orders are delivered next-day and it’s using our stores and their proximity as that advantage in our overall strategy,” Target CEO Brian Cornell told analysts last month. “We’re leveraging the fact that we’re so, so close to the guest … and convenience is a big part of our strategy.”

For Walmart, much of its recent online efforts have been centered around grocery. The retailer is planning to have 1,600 stores equipped for grocery delivery, and 3,100 hubs for in-person grocery pickup, by the end of this year. It’s said 90% of the U.S. population lives within 10 miles of at least one of its stores.

“Clearly, we think our stores are a competitive advantage,” Walmart CFO Michael Dastugue told analysts at a UBS-hosted conference in March.

The best “omnichannel” retailers in the country today, meaning the companies that are best utilizing their stores to help with their e-commerce businesses and vice versa, are Walmart, Target, Home Depot, Best Buy, Macy’s, Dick’s Sporting Goods, Kohl’s, Nordstrom, Lowe’s and J.C. Penney, and in that order, according to a study by Internet Retailer.

It looked at things like: which retailers allowed shoppers to return online orders to a store, showed in-store stock status on the web, priced matched in-store offers with online promotions and even offered free, in-store Wi-Fi.

“Retailers that aren’t making omnichannel a priority do so at their peril, as shoppers are demanding these services,” the report said. Seventy-eight percent of shoppers check inventory online for a certain store before heading there, and 68% of all shoppers say they’ll do more of this in 2019, the firm found in surveying 1,100 consumers.

Restaurant digital orders have grown by 23% over the last four years, according to The NPD Group — and they’re expected to keep growing. Digital sales typically result in higher average checks for restaurants. Domino’s Pizza, which sees two-thirds of its orders come through digital channels, has reaped the rewards of being an early adopter.

Mobile apps represent 60% of digital orders, The NPD Group found. Some restaurants, like Starbucks, encourage customers to order via app through loyalty programs. About 40% of Starbucks transactions come from loyalty members.

Early on, Starbucks said mobile orders had hurt sales after they caused bottlenecks at the pickup line, but the company has since resolved these issues.

Convenience is definitely a factor propelling restaurants’ digital ordering. Chipotle Mexican Grill’s digital sales accounted for 15.7% of sales last quarter and doubled from a year ago. To smooth the process, the burrito maker has invested in digital pick-up shelves and special drive-thru lanes for digital orders.

The rise of third-party delivery services have also played a role in the increased number of digital restaurant orders. For once, Amazon played a relatively small role in this trend, outpaced by first movers like GrubHub, DoorDash and UberEats. Most major restaurant chains have partnered with one or more delivery platforms to bring their food to customers’ doorsteps. But earlier this week, Amazon said that it would discontinue the service to focus on grocery delivery.