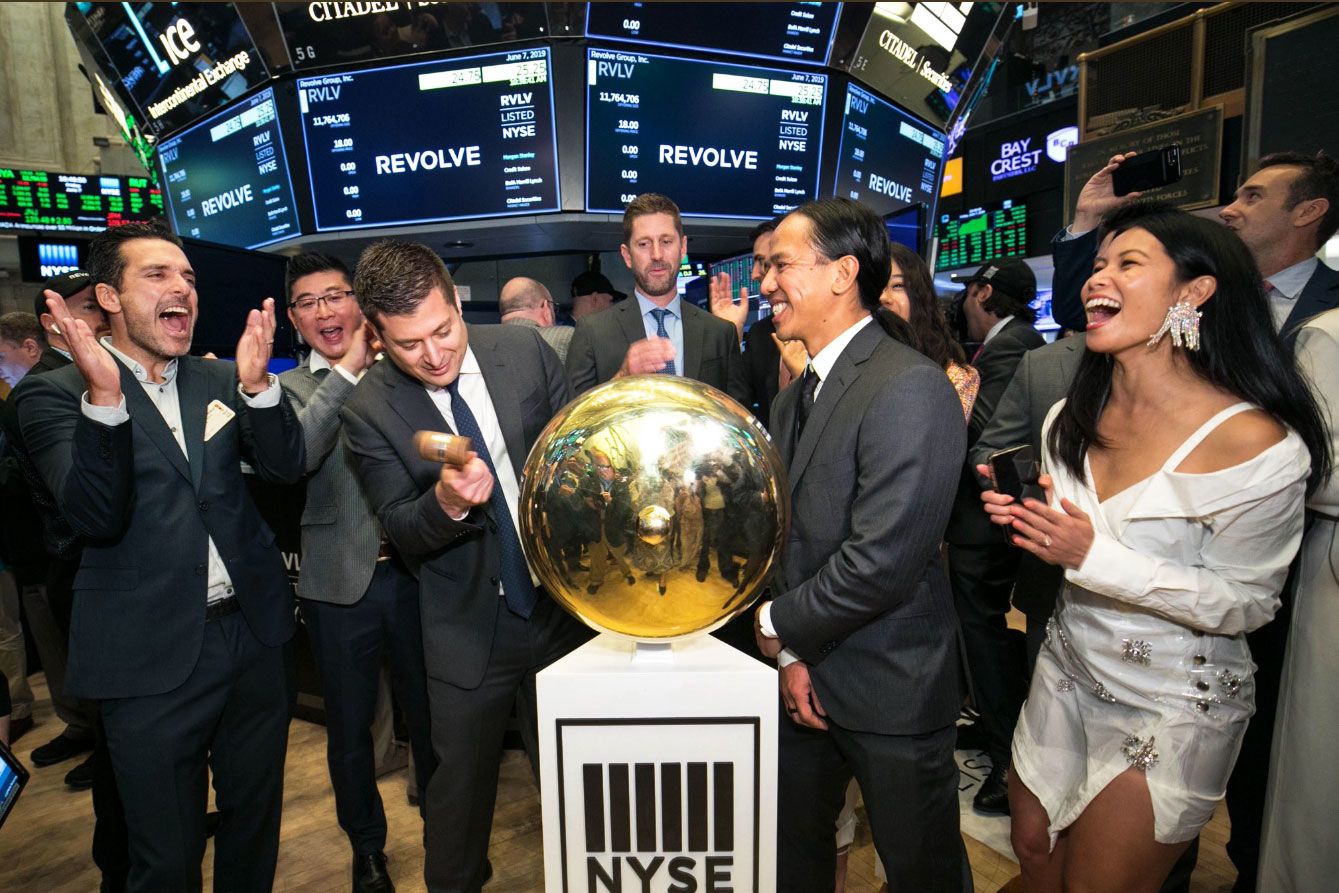 Executives of Revolve celebrate their IPO at the NYSE June 7, 2019.

T-Mobile, Dish, Sprint— Shares of T-Mobile, Dish and Sprint rose 1%, about 2% and nearly 4% respectively after CNBC’s David Faber reported that Dish and T-Mobile have agreed to a divestiture deal that brings the wireless carrier closer to getting government approval of its merger with Sprint, citing sources. The Department of Justice is still evaluating the deal.

Nordstrom— Nordstrom shares fell more than 2% after UBS downgraded the stock to neutral from buy and cut its price target nearly in half to $33 from $66. The analysts said the department store chain’s position in a competitive e-commerce landscape is weaker than in past years.

Anheuser Busch Inbev – The brewer’s stock jumped 2% after announcing that it is looking to raise as much as $9.8 billion from a Hong Kong listing, in what would be the world’s largest initial public offering of the year. The IPO would give Budweiser Asia, which has a portfolio of more than 50 beer brands in the region, a market capitalization of up to $63.7 billion.

Comerica— Shares of Comerica fell 2% after Goldman Sachs downgraded the stock to sell from neutral and slashed its price target to $70 per share from $86 per share. Goldman Sachs said they were worried about increased pressure on margins in a low rate environment.