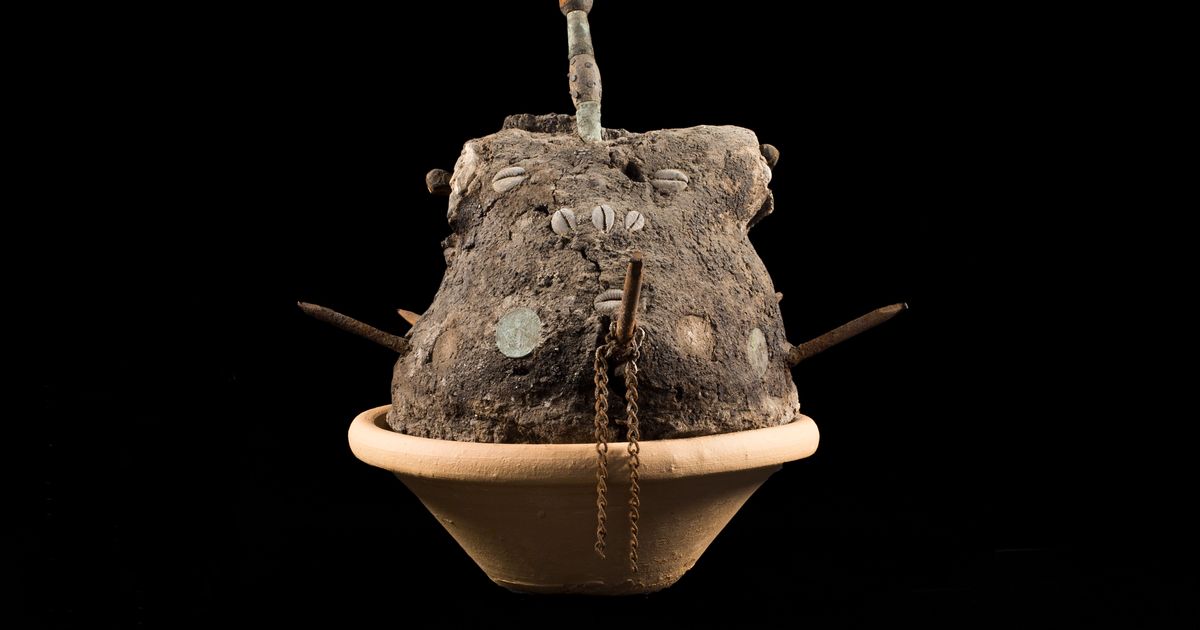 More than 500 objects from Afro-Brazilian religions were returned to the Museu da Republica after being confiscated by police as part of “black magic” rituals between 1889 and 1945
Photo: Oscal Liberal/IPHAN

After almost three years of negotiations, an art collection of more than 500 pieces connected to Afro-Brazilian religions and confiscated between the years 1889 and 1945 by police forces have been returned to the Museu da Republica in Rio de Janeiro. The art objects were seized in Candomblé and Umbanda terreiros (places of worship) during the country’s First Republic and Vargas Era, and were stored in police headquarters for decades. At that time, the Brazil’s penal code prohibited the practice of Afro-Brazilian culture and religions, vilifying such beliefs as shamanism and black magic. “We all heard the stories that our elders told about the apprehensions when we were growing up. They (police forces) called what we practice black magic,” says High Priest Roberto Braga, of the Lumy Jacare Juncara terreiro, in Rio’s northern neighborhood of Nova Iguacu.

A Head of Deity taken from a terreiro in Rio de Janeiro and recently returned to the Museu da Republica
Photo: Oscar Liberal/IPHAN

The transfer of the pieces to the museum is the result of a 30-year fight by Braga and other representatives of Afro-Brazilian religions to have their sacred objects returned. In 2017, these representatives created the Liberte Nosso Sagrado (Free Our Sacred) movement to further their cause.The once sequestered collections include some important cultural objects, says Andre Angulo, a museologist and curator at the Museu da Republica who will now oversee the works. “The most interesting pieces include stones used to sanctify the area of a terreiro, atabaque drums used in Candomble rituals and a clay figure of Exu (a messenger spirit in some Afro-Brazilian religions),” he tells The Art Newspaper. “There are also voodoo dolls, statues of Saint Jorge—a Catholic symbol, but found in terreiros— two Japanese medals with archaic kanji symbols, as well as beads, capes and robes used in Candomble and Ubanda ceremonies,” he adds.

Although a Catholic symbol, the statue of Saint George is also revered in many Afro-Brazilian religions and was found among the items sequestered from the terreiros
Photo: Oscar Liberal/IPHAN

The objects were turned over to the museum in September and are now undergoing restoration, although this has raised some new problems for Angulo. “IPHAN [the National Institute of Historic and Artistic Heritage] has already approved the restoration, but some terreiros are resisting, stating that they should remain as is—damaged,” the curator says. Since the administration of the collection is to be shared with the terreiros, the museum is expected to continue discussions about which pieces will eventually be restored. Another point of disagreement is about the placement of the pieces for exhibition, the museologist says. “I wanted to place the Exu piece on a higher shelf but all the religious representatives said that the figure could not be above the heads of the visitors, that it had to remain on the floor, so we will place it on the floor,” Angulo says.

Stones such as these, used to sanctify the physical area of the terreiro, were among the pieces returned to the Museu da Republica.
Photo: Oscar Liberal/IPHAN

As well as being an important record of their cultures, the collection also shows the state’s violence towards Afro-Brazilian religions through the years, Angulo says. The recovery of these objects “is a moral and historical reparation with the peoples of the terreiros,” he adds. “The Brazilian state was an instrument of violence and now those confiscated pieces have been returned. Devolution helps to combat religious intolerance and structural racism” .The collection will be catalogued and studied to determine from which terreiro specific works came from and the history behind each. According to Angulo the museum is hoping that the first exhibition of the collection will be ready by next November, when Brazil’s celebrates Black Awareness Day. “This is a fight that our elders started many years ago,” Braga says. “The [collection’s return] represents the freedom of our people, the breaking of the chains. A people that resist, exist.”