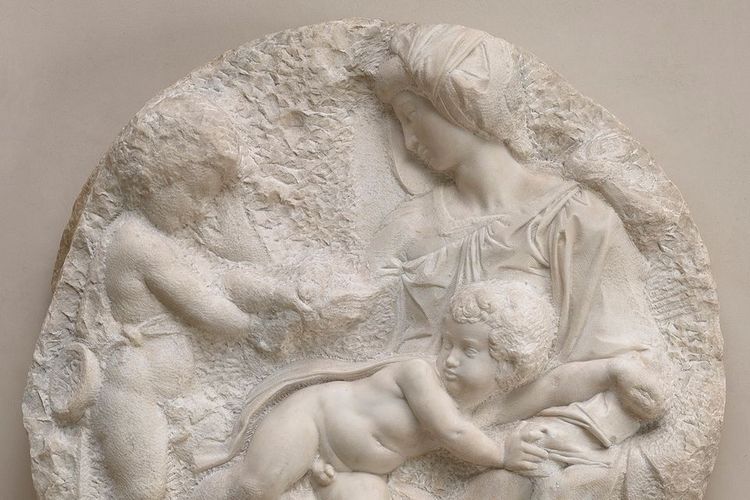 The threatened sell-off by London’s Royal Academy of Arts (RA) of its great Michelangelo sculpture is nothing new. Over 40 years ago its secretary, Sidney Hutchison, told the RA’s banker that a sale was possible. Once again, this week, there has been talk of selling the Michelangelo to deal with the current Covid-19 financial deficit.In 1978 Hutchison wrote to Drummonds Bank, where the RA had a £675,000 overdraft: “Very confidentially, if this official attempt for subsidy from the government should fail, my view is that the Academy would then have no alternative but to sell the Michelangelo Tondo for its world-wide market price, i.e. in the region of £6,000,000”.The Queen—the RA’s royal patron—was advised: “We could sell possessions, but this is a slippery slope. The only one which might solve the problem [the Michelangelo] is looked upon by many as a national treasure”. The RA subsequently pulled back from a sale, despite its failure to attract Arts Council support.Today, the Taddei Tondo (named after its commissioner) could well be worth several hundred million pounds, particularly after Leonardo’s Salvator Mundi sold for $450m in 2017. It is almost inconceivable that a UK national museum would be able to buy the sculpture, so any buyer would be from abroad.Michelangelo’s large circular (“tondo”) relief sculpture in marble (1504-05) depicts the Virgin with Christ and St John the Baptist. It was handed over to the RA by the collector George Beaumont’s son in 1830, following his father’s wish that the academy should “allow all artists to have free access to it”.The Observer has reported that faced with a financial deficit of an anticipated £8m this year, a small group of Academicians is “expected to argue that instead of cutting jobs, the institution should consider selling the tondo”. RA staff have been warned that nearly half the employees—perhaps 150 people—face redundancy. In the meantime, the RA has applied to Arts Council England for an emergency grant from the government’s £1.57bn support package for the arts. The council’s response is expected shortly but even generous assistance would only partially alleviate the situation, since the RA’s finances are so dependent on visitors (1.25 million last year).Rebecca Salter, the RA’s president, was reported as being “horrified” by the idea of a sale. An RA spokeswoman says: “The Royal Academy of Arts has no intention of selling any works in its collection. We have the privilege and responsibility of being custodians of extraordinary works of art. It is our duty to look after our permanent collection, for current and future generations to enjoy.” Patrick Brill, a progressive Academician who works under the name Bob and Roberta Smith, is among those against a sale. “The answer is not to allow oligarchs and auctioneers to asset strip the nation’s collections,” he says. “We must develop a new joint public-private funding stream with jobs at its heart. If there was a large sale of contemporary art to launch this effort, I along with other artists would jump at the chance to donate great works for sale.”Deaccessioning would probably be opposed by an overwhelming majority of the 80 Academicians, who meet three times a year, with the next scheduled General Assembly meeting in December.