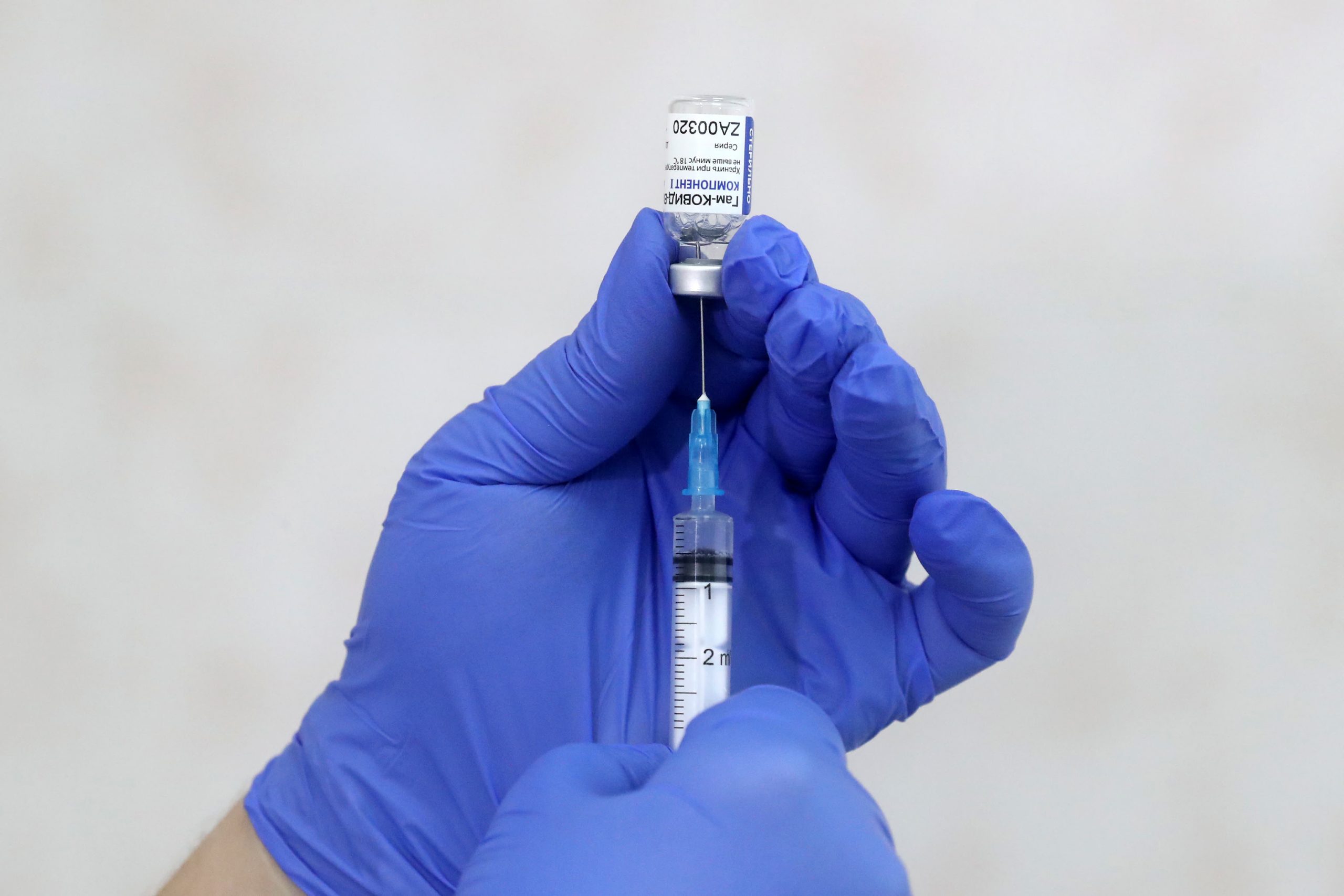 A medical worker fills a syringe with the Gam-COVID-Vac vaccine (under the brand name of Sputnik V) at in Butovo, south Moscow.Sergei Savostyanov | TASS | Getty ImagesDUBAI, United Arab Emirates — Russia’s Sputnik V Covid-19 vaccine got a series of boosts on Thursday as Hungary and the United Arab Emirates became the first countries in the European Union and Gulf region, respectively, to register the shot for emergency use. Hungary’s decision was confirmed by President Viktor Orban’s spokesperson, who said that if the country agrees on a shipment deal with Moscow, it will become the first European Union country to receive the vaccine. This comes as the country’s cases have fallen from a peak of more than 6,000 per day in early December to below 2,000 per day. “This decision is very important as it demonstrates that the vaccine’s safety and efficacy of over 90% are highly regarded by our partners in Hungary,” Kirill Dmitriev, head of the Russian Direct Investment Fund, said in a statement. The EU’s medicines regulator has yet to approve the Russian jab, though German Chancellor Angela Merkel gave Sputnik further hope on Thursday, suggesting that Germany’s vaccines regulator could advise Russia on navigating the EU approval process. The RDIF has filed Sputnik for EU registration and expects its review in February.UAE approval comes amid dramatic surge in infectionsThe approval from the UAE comes amid a record surge in cases in the small Gulf sheikhdom, which has stood out internationally for welcoming tourists and fully reopening its economy by late summer of last year. Confirmed coronavirus cases have more than tripled in a span of roughly three weeks, leading Emirati authorities to suspend nonessential surgeries in hospitals and “entertainment activities” in its bustling hotels and restaurants just days after assuring the country that the virus was under control.The UAE’s daily case count hit a record high 3,529 on Thursday, far above its neighboring Gulf Arab countries where registered infections hover below 500 per day.An Emirati man, wearing a protective mask, walks at al-Barsha Health Centre in the Gulf Emirate of Dubai on December 24, 2020.GIUSEPPE CACACE | AFP via Getty ImagesSputnik V will be the third vaccine to be deployed in the UAE after China’s Sinopharm vaccine and the U.S and German-developed Pfizer-BioNTech jab were made available to the public in December. The country of roughly 10 million is carrying out what its government says is the second-fastest national vaccination campaign in the world after Israel, per capita, and intends to have half the country’s residents inoculated by the end of March. “The decision comes as part of the UAE’s comprehensive and integrated efforts to ensure increased prevention levels,” the country’s health ministry said of Sputnik’s approval in a statement Thursday. “Study results have demonstrated the effectiveness of the vaccine in triggering a strong antibody response against the virus, its safety for use, and its compliance with international safety and effectiveness standards.”A lack of late-stage trial dataThe approvals came despite no data made public so far on the vaccine’s Phase 3 human trial results. UAE capital Abu Dhabi began Phase 3 tests for Sputnik V earlier this month, but has not released data on them. The RDIF says that 1,000 volunteers in the emirate have received their first dose. Sputnik V, which its developer, the Gamaleya Research Institute, says is 91% effective after two doses, has been in use across Russia for months. Scientists have expressed concern over what many have described as a rushed rollout of the vaccine, green-lighted for mass use in Russia before Phase 3 trials were completed.As a first step in the biggest vaccination campaign in Argentina’s history, first line health workers are receiving the Russian Sputnik V vaccine against the coronavirus.Patricio Murphy | SOPA Images | LightRocket | Getty ImagesAnalysis of the vaccine’s Phase 1 and 2 trials were published in the peer-reviewed medical journal The Lancet in September, which said that early results showed no major negative side effects, but that more studies were needed. “Phase III clinical trials results are expected to be published shortly,” according to Sputnik V’s official website.  Prior to Thursday’s announcements, it had been approved for emergency use in 9 countries and territories outside Russia — Algeria, Argentina, Bolivia, Belarus, Serbia, Venezuela, Paraguay, Turkmenistan and the Palestinian territories.