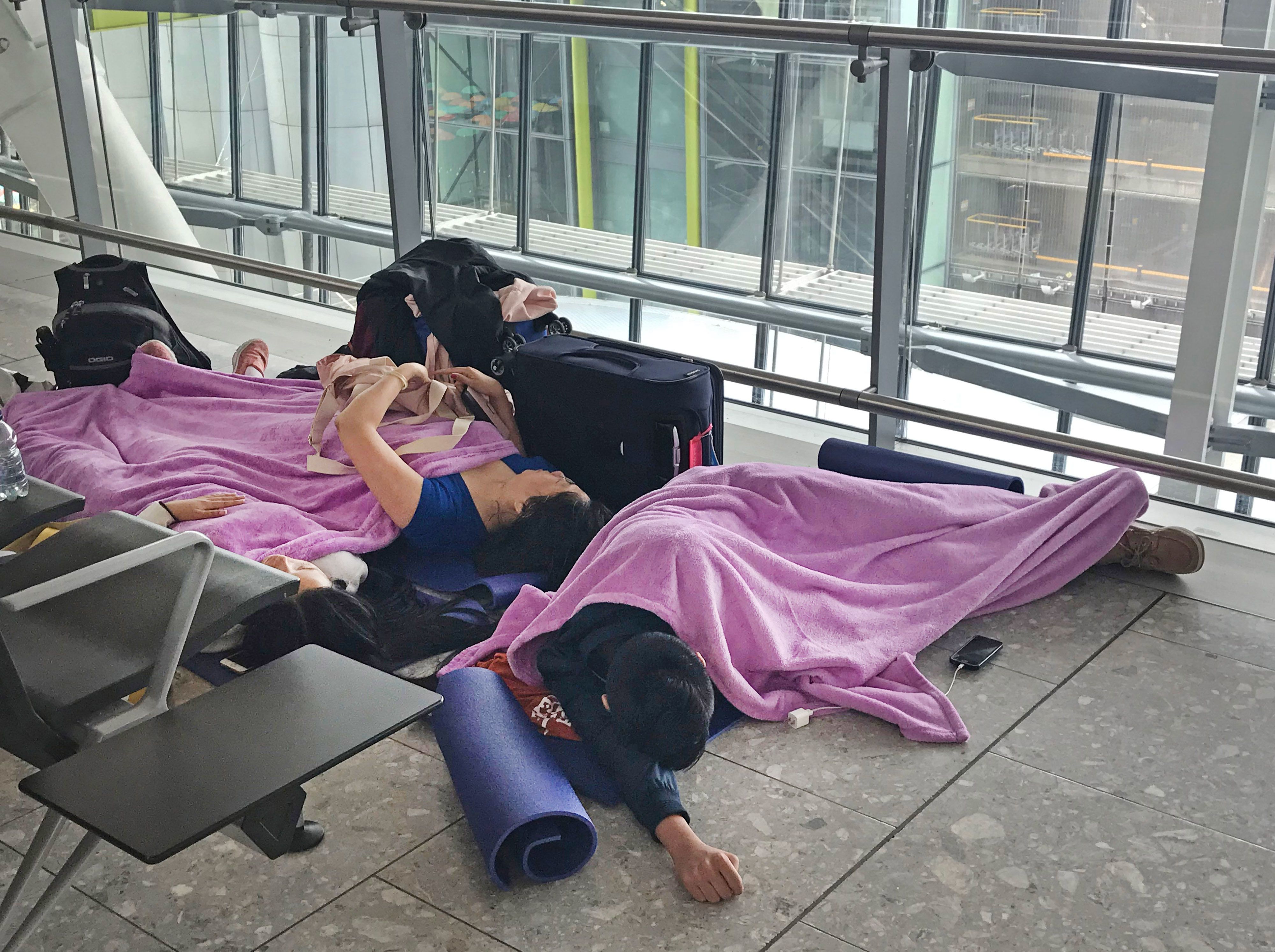 People resting in Terminal 5 at Heathrow airport, July 26, 2019, as the UK’s biggest airport has apologized after extreme weather conditions across Europe caused flight cancellations and delays.

As a historic heatwave scorched Western Europe this week, setting record high temperatures at well over 100 degrees in places like France, Belgium and Germany, people and infrastructure alike struggled to keep up.

“It’s intense. Climate change makes this extreme heat so much more likely. This is something that virtually couldn’t happen if not for climate change,” Karsten Haustein, a climate scientist at the University of Oxford, told CNBC.

Engineers this week struggled to repair damaged rail lines as networks slowed down trains. High temperatures cause steel tracks to expand and buckle under stress, according to the U.K.’s Network Rail, leading to widespread delays.

In Austria, the national railway service painted parts of the train tracks white to lower the temperatures and limit structural damages caused from bending, with similar efforts occurring in Switzerland and Germany.

Some rail commuters in London became stuck Thursday night when wires on the network were damaged from the heat. High-speed rail services between Paris and London also halted Friday after a power cable failure at the Gare du Nord station in the French capital.

Across Europe, sweltering commuters took to Twitter to complain of being stranded on stopped train services with no air conditioning. In one instance, 600 passengers were evacuated off a train line in London after a damaged overhead train line sparked a grass fire on the railway bank, according to local reports.

“The traffic for commuters is bad, the railway network infrastructure is bad, they are slowing the trains down, interrupting the entire network and leading to complete failure of certain connections,” Haustein said.

Air conditioning in Europe is also scarce, exacerbating the misery among travelers and people at home. Europe accounts for only 6% of the global share of air conditioners, compared with the U.S. at 23%, according to a 2018 report by the International Energy Agency.

“The air conditioning on the trains doesn’t work, and you can’t open the windows. Air-conditioning isn’t a thing here in general, which means people are suffering even more,” Haustein said.

Climate researchers warn that an extreme heat wave like this one will only become more frequent, and that infrastructure like roads, housing and railroads must change to withstand upcoming challenges posed by extreme weather.

Climate change is a key driver of extreme heat

The hottest summers in Europe in the past 500 years have all occurred over the last 17 years, scientists say. Climate studies consistently show that heat waves are becoming more common across the world, and hitting new all-time temperature records.

The Met Office reports that the U.K. is now experiencing “higher maximum temperatures and longer warm spells” than it ever used to.

“The summer of 2018 was the joint warmest on record for the U.K. as a whole and the hottest ever for England. The Met Office have shown that human-induced climate change made the 2018 record-breaking U.K. summer temperatures about 30 times more likely than it would have been naturally,” the Office said.

People on the beach during hot summer weather on Brighton beach in Brighton, Britain, July 25, 2019.

The U.K. government’s advisory committee on climate change has also warned that the country’s infrastructure is not prepared for an expected increase in extreme heat events as a result of climate change.

A recent study, which hasn’t yet been published in a peer-reviewed science journal, showed that the June summer heat wave in Europe was made five times more likely to occur in the current climate than it would have been without human-caused global warming.

“This heatwave happens so rarely that there isn’t really equipment in place to deal with the extreme heat. There isn’t a sense of urgency yet,” Haustein said.

“But in the future, it will be more of an issue. The more pressing issue will be health, but in terms of infrastructure, for example, the train networks will need to deal with it.”

How the top US defense stocks did in Q2 earnings
Facebook bans sales of alcohol and tobacco between users
To Top
error: Content is protected !!
Top