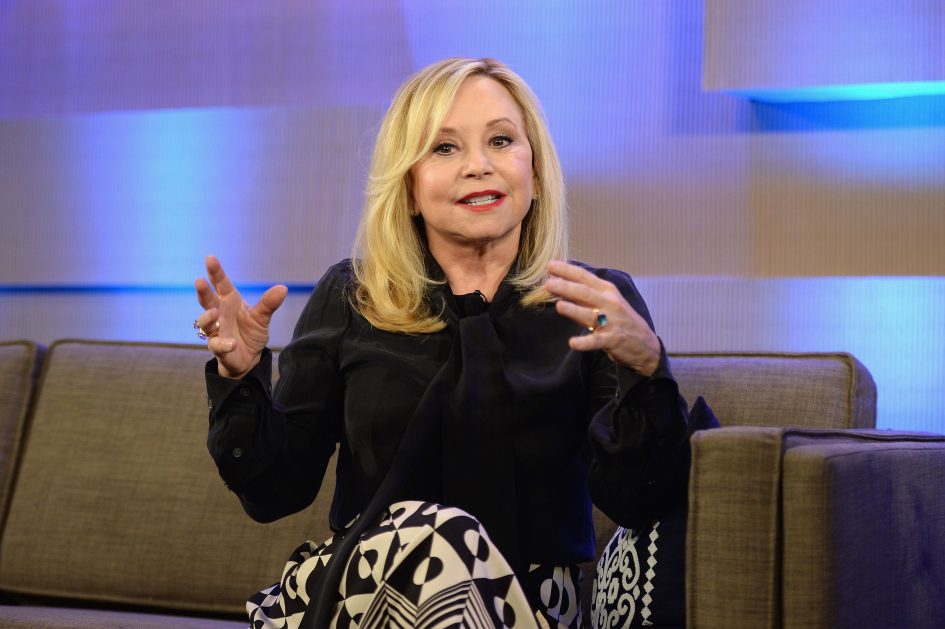 Founder and CEO of the RealReal Julie Wainwright speaks onstage during Vanity Fairs Founders Fair at the 1 Hotel Brooklyn Bridge on April 20, 2017 in Brooklyn, New York.

Shares of secondhand luxury retailer The RealReal jumped almost 50% in the company’s first minutes of trading Friday after raising $300 million in an initial public offering.

The shares jumped from an IPO price of $20 apiece Thursday to just over $30 in intraday trading on the Nasdaq under the symbol REAL and closed at $28.90 a share, soaring 45% for the day and giving it a preliminary market value of around $2.5 billion.

Founded in 2011 by Julie Wainwright, The RealReal is a primarily online marketplace for authenticated luxury goods, selling high-end brands such as Gucci and Cartier. The company employs more than 100 experts to make sure that the luxury goods it puts up are the real deal and not counterfeits. It’s a strategy that led the online marketplace to $207.4 million in revenue last year.

The company hopes to be on the forefront of changing tastes. The $24 billion secondhand retail market is projected to outgrow fast-fashion retailers such as H&M by 2028, according to a report by fellow reseller ThredUp. Resale is also expected to grow from 20% of the market to 45% by 2023.

“When we look at where we’re taking share from and share of wallet, it tends to be the fast-fashion market,” Wainwright said in an interview on CNBC’s “Squawk on the Street ” on Friday. “Our biggest group of customers and now consignors are now millennials. They’re hyper-conscious about sustainability and the impact on the environment of buy-new.”

Young shoppers are increasingly looking for discounts and sustainability in their fashion, and they’re not afraid to buy secondhand to get them. A recent BCG-Altagamma report showed that more than 50% of consumers considered members of Gen Z, those born since 1997, have bought or sold items secondhand. Among The RealReal’s own sellers, 56% mentioned environmental reasons or extending luxury items’ lifespans as reasons they sold on the site, and among consumers considered to be millennials that number goes to 64%, according to the company’s filing.

More than 75% of The RealReal’s buyers and sellers report annual household incomes of $50,000 or more. The company says it has sold 9.4 million items.

The company has run into problems with some of the luxury brands whose items it regularly sells. In November, Chanel filed a lawsuit against The RealReal claiming the site sold at least “seven counterfeit Chanel handbags.” The luxury retailer also said that only it can verify its secondhand goods. The RealReal denied the claims in its filing and said it will “vigorously defend this lawsuit.”

“We’re not an easy place for counterfeiters to do business. We confiscate their goods, and then we work with the police, and we let the brands know that this is a counterfeiter,” said Wainwright.

Wainwright’s previous public offering was with Pets.com in 2000. That company raised $82.5 million in its first day and gave the site a $290 million valuation before going under just nine months later.

On average, TheRealReal takes a 35% commission from each sale. “It’s a high take rate, but we’re a high-service model,” she said. “We do all the work for the consignment, we focus on luxury, and we do the authentication,” said Wainwright.

TheRealReal has two stores in New York, one in Los Angeles, and an additional 11 luxury consignment offices. The company can also pick up products that you want to sell from your home.