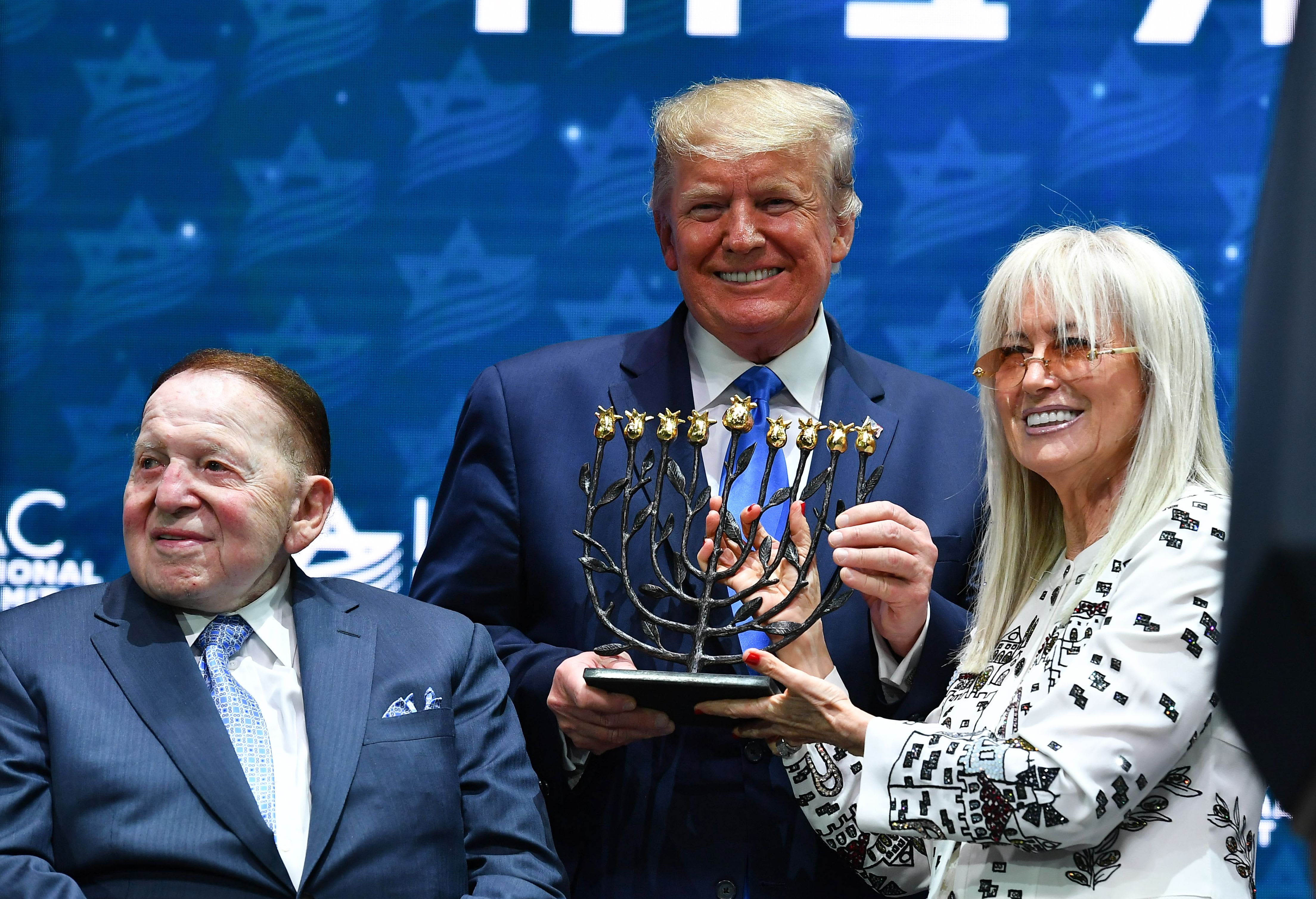 US President Donald Trump poses with Sheldon Adelson (L) and his wife Miriam Adelson ahead of his sddress ro the Israeli American Council National Summit 2019 at the Diplomat Beach Resort in Hollywood, Florida on December 7, 2019.Mandel Ngan | AFP | Getty ImagesAmerica’s billionaires are now spending 20 times more on political contributions than they did a decade ago, adding to their influence in Washington, according to a new study.Political contributions from billionaires soared from $32 million in 2010 to $611 million in 2018, according to a study from Americans for Tax Fairness and The Institute for Policy Studies. While billionaires accounted for less than 1% of total federal campaign contributions in 2010, they accounted for nearly 10% of total contributions in the 2016 and 2018 elections cycles, the report said. The report said the increase is due largely to the Supreme Court decision in 2010 on the Citizens United case, which enabled companies and outside groups to spend unlimited amounts on elections. “Billionaires have an outsized influence on our economy, politics and society,” said Frank Clemente, executive director of Americans for Tax Fairness.While the report suggests that billionaires have used their money to bend government policy in their favor, giving by billionaires is spread fairly evenly between Republicans and Democrats. In 2018, giving by billionaires to Democrats totaled $314 million, while giving by billionaires to Republicans was $278 million. In the 2016 election cycle, billionaire giving to Republicans reached $371 million, while giving to Democrats totaled $309 million.Three billionaires have accounted for a large share of mega-rich political spending over the past decade. The biggest billionaire political contributors between 1990 and 2020 were Sheldon and Miriam Adelson, who gave $308 million, or more than 14% of the billionaire total during that period.Former New York City Mayor Mike Bloomberg raises his hand to speak during the ninth Democratic 2020 U.S. Presidential candidates debate at the Paris Theater in Las Vegas Nevada, February 19, 2020.Mike Blake | ReutersFormer Democratic presidential candidate Tom Steyer came in second, with $275 million, followed by former Democratic candidate Mike Bloomberg, with $181 million. Neither Steyer’s nor Bloomberg’s totals include the spending on their own 2020 presidential campaigns. Since 1990, 199 billionaires have spent $1 million or more on political contributions, 440 have contributed $100,000 or more and 506 have contributed $50,000 or more.