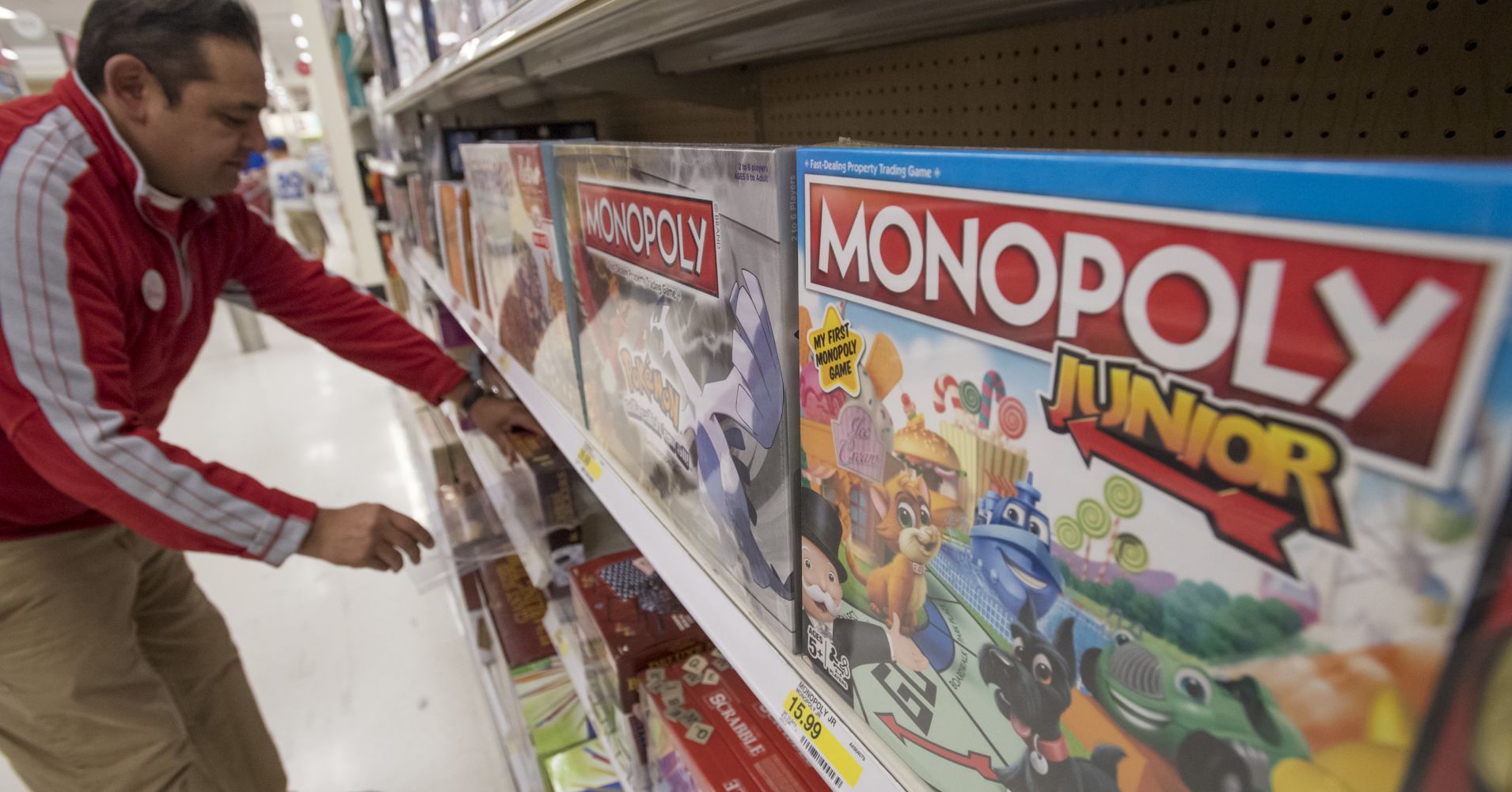 Rallies in Hasbro, Qualcomm, Twitter, and Kohl’s on Tuesday showed how investors who bet against a stock can cause a short squeeze and bolster stocks even higher, CNBC’s Jim Cramer said.

Each stock saw double-digit percentage gains during the session, with the exception of Qualcomm, although the company touched a 52-week high in the session.

Short-sellers, whose strategy is to borrow a company’s shares and turn a profit if its price falls, tend to push a stock even higher if their prediction backfires, as they rush to sell and mitigate their losses.

“Days like today remind us that short-sellers can serve as rocket fuel for a bull market,” Cramer said. “In other words, when the shorts finally throw in the towel and give up on the stocks they love to hate, these stocks tend to explode higher.”

Hasbro, the company behind iconic products such as Monopoly, G.I. Joe, and Furby, gained more than 14% Tuesday after shocking analysts with its earnings announcement. The toymaker delivered a quarterly profit of 21 cents per share, in stark contrast to the 11 cents per share loss that was expected.

While the closure of Toys R Us was a “disruption” to Hasbro’s operations and left it with extra inventory, CEO Brian Goldner told Cramer in a February interview that the company had worked out those challenges. Furthermore, Ollie’s Bargain Outlet CEO Mark Butler, Cramer pointed out, said in a separate interview that business had never been better in part because it picked up toy market share by taking Toys R Us inventory.

“That was your all-clear for Hasbro. It’s when the stock went from being an annuity short to a terrific long, like it used to be,” Cramer said. “And I bet Hasbro’s got a lot more room to run. Remember, they have licensing deals with Disney, meaning they’re gonna make a killing from the new “Avengers” movie … and the new “Star Wars” out later this year.”

Qualcomm caught a spark after settling a royalty dispute with Apple and ending ongoing legal battles between the companies. The deal included an agreement which likely means that Apple will buy chips from Qualcomm for future iPhones.

“The smart money was betting that Apple would win because so many companies have challenged Qualcomm for monopolistic pricing over the years,” Cramer said. “Qualcomm’s a fabulous company and without the Apple case weighing on its stock, it deserves to go still higher — especially since Apple’s going to keep buying their chips for the iPhone.”

Cramer said Twitter has been a tough stock to own, but it made one of the biggest moves Tuesday after the company reported earnings of 37 cents per share, more than double what analysts expected. The social media platform improved its advertising and sports programs in the quarter, the host said.

Twitter was able to blow away the numbers and could get more upgrades along the way, Cramer said.

Kohl’s has been facing the same troubles that has plagued other retailers, but the shorts didn’t expect the department chain to expand its return program with Amazon to all of its 1,100 locations. On top of that, Amazon took a 1% stake in the company, Cramer added.

“It’s a homerun, people. Talk about if you can’t beat ’em, join ’em. That’s why Kohl’s vaulted nearly 12% today. The shorts were crushed. It’s not done,” he said.

Toyota, Honda dominate in the US, but GM and Ford are failing in Japan
Kraft Heinz’s new CEO inherits challenges left behind by cost-cutting
To Top
error: Content is protected !!
Top