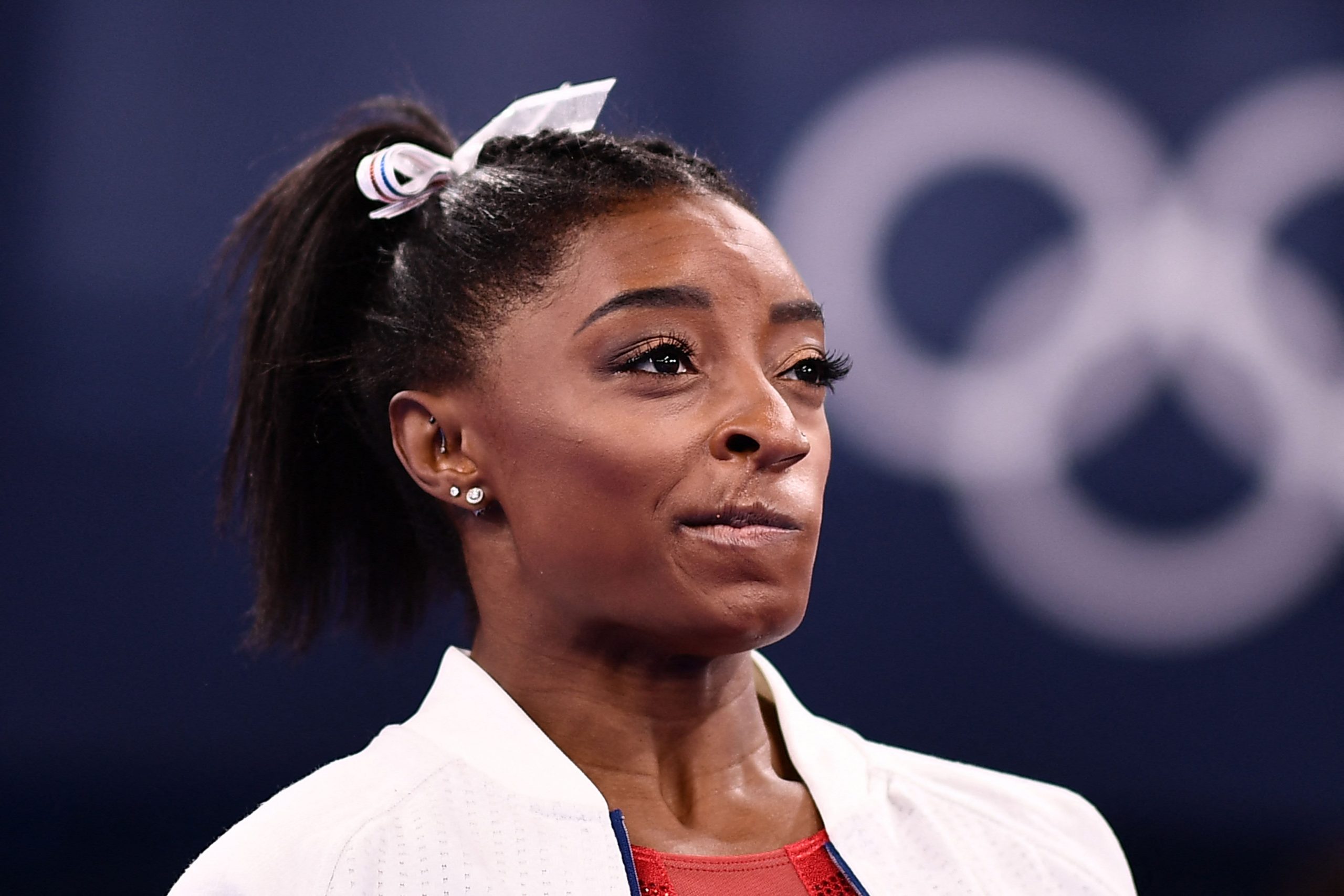 USA’s Simone Biles cheers during the artistic gymnastics women’s team final during the Tokyo 2020 Olympic Games at the Ariake Gymnastics Centre in Tokyo on July 27, 2021.Loic Venance | AFP | Getty ImagesRussian gymnasts upset the U.S. Olympic team in Tokyo on Tuesday night after American superstar Simone Biles withdrew from the competition.Biles, the reigning all-around Olympic gold medalist and one of the faces of the American contingent in Japan, left the team final after a disappointing vault performance with what USA Gymnastics called “a medical issue.” Biles “will be assessed daily to determine medical clearance for future competitions,” the U.S. gymnastics governing body said.Biles later told NBC’s “TODAY” she is “in shape” and feels “good” physically. She said she felt increased pressure as one of the most well known athletes at the games.”Emotionally, that kind of varies on the time and the moment,” she said. “You know, coming here to the Olympics and being the head star of the Olympics is not an easy feat, so we’re just trying to take it one day at a time, and we’ll see.”The Russian Olympic Committee won the team gold medal with a score of 169.528. The U.S. claimed silver with a tally of 166.096, while Great Britain took the bronze at 164.096.The Americans did not win team gold for the first time since 2008.Biles exited the competition after the vault error and headed off the floor with a team doctor. She came back to the arena, hugged her teammates and watched the rest of the competition in her warmup uniform.The 2016 all-around gold medalist said she would see about whether she would defend her individual title on Thursday.Biles, 24, is considered one of the greatest gymnasts in the sport’s history. She won four gold medals at the 2016 Olympics and has dominated world championships with 19 gold medals to her name.Biles has opened up about mental health struggles in the past. In a Facebook video series earlier this month, she said she dealt with depression after acknowledging she was a victim of sexual abuse by Larry Nassar, a former doctor for USA Gymnastics and Michigan State University.He was accused of molesting dozens of girls and women including Biles and other Olympic gymnasts. Nassar was sentenced in 2018 to up to 175 years in prison.Subscribe to CNBC on YouTube.Disclosure: CNBC parent NBCUniversal owns NBC Sports and NBC Olympics. NBC Olympics is the U.S. broadcast rights holder to all Summer and Winter Games through 2032.

Global shipping industry disrupted again, this time by floods in Europe and China
‘You better be in the right headspace or really bad things are going to happen’: Shannon Miller on Simone Biles’s exit
To Top
error: Content is protected !!
Top