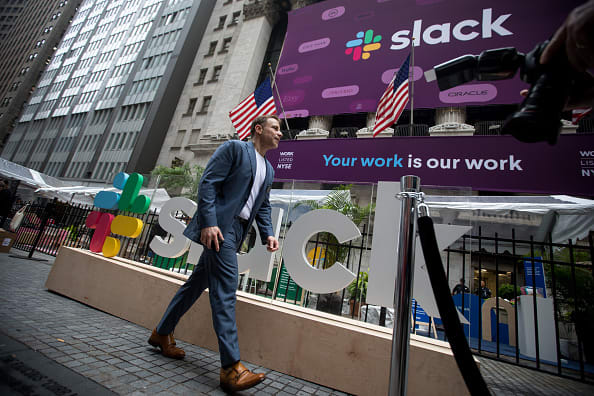 The Slack work chat app has had a spate of technical issues recently, and it’s cutting into the company’s revenue. Slack is urging investors that it was just an ad-hoc thing, and most analysts didn’t have reason to argue with that — but Slack’s history suggests investors should remain cautious.

The outages contributed to a Q2 earnings report that disappointed investors, sending Slack’s stock down more than 14% after hours on Wednesday. It then recovered, but was still down more than 3% on Thursday on an otherwise mostly positive day for tech stocks.

Outages present a significant risk for business tech companies like Slack that sell online services, rather than software that administrators install on servers in their own data centers. As customers continue to adopt these cloud services, the consequences of outages could become larger.

Slack said on Wednesday that its fiscal second quarter revenue of $145 million was hurt by $8.2 million in credits to customers for service-level disruptions. In other words, revenue could have been 5% higher if not for the problems.

In June and July, Slack had three outages, and the service’s uptime — the percentage of total possible minutes Slack was available — came in below the 99.99% threshold (“four nines” in cloud-industry speak) that the company committed to upholding. When that happens, Slack doles out credits to affected accounts — 10 times what customers paid during the period Slack wasn’t working properly. The credits aren’t refunds, but customers use them to cover future bills.

Slack tried to convince investors that this was a one-time occurrence.

“We do not expect a revenue impact of this magnitude again,” Slack’s finance chief, Allen Shim, told analysts on a conference call on Wednesday. He described the credits for the outages as a “one-time revenue headwind.”

Even if the outages continue, the revenue crunch should be less pronounced going forward, as Slack has changed its policies on credits.

“Compounding the financial impact of the downtime was an exceptionally generous credit payout multiplier in our contracts dating from when we were a very young company,” Shim said. “We’ve adjusted those terms to be more in line with industry standards, while still remaining very customer friendly.”

Slack’s CEO, Stewart Butterfield, reiterated that the company is more generous to customers than its big competitors.

“If we had the same SLA as Salesforce or Microsoft or any of our peers in the industry, we wouldn’t have paid out anything because we would have hit the three nines they’re committed to,” he said.

Most analysts are taking Slack at its word. Morgan Stanley analysts led by Keith Weiss wrote in a Thursday note that the changes should mean lower hits to revenue from outages in the quarters to come.

Rohit Kulkarni of MKM Partners, with a buy rating on Slack, also expressed confidence that Slack would do better going forward.

“Management seemed comfortable saying that this was truly a one-time issue,” he wrote in a Thursday note.

But Slack’s outages last quarter have a historical precedent.

If Slack does not get its outage problem under control, customers could defect to competing services, like Microsoft’s Teams. Slack warned in the prospectus for its direct listing earlier this year that “paid customers could elect to terminate and receive refunds for prepaid amounts related to unused subscriptions” if it fails to meet service commitments.

Outages can be caused by scheduled downtime for maintenance, performance issues or problems with Slack’s third-party providers, like Amazon Web Services.

These events aren’t exactly a secret, because people use Slack to communicate with their colleagues at work. Often they take to social media to commiserate.

“We’ve put a lot more tooling in place, a lot more automated testing and we definitely have a commitment because we feel it, we understand, we are among the heaviest Slack users ourselves. And so any disturbance in availability, it causes big problems,” Butterfield said on Wednesday.

On the downside, if Slack’s revenue hit from outages was truly a one-time occurrence, that means it’s growing slower than some analysts expected.

“If we add back the one-time disruption, guidance for Q3 revenue shows anemic growth, which we believe contributed to the stock’s pre-market drop of ~14%,” Bernstein analysts Mark Moerdler and Firoz Valliji, who have the equivalent of a hold rating on Slack, wrote in a Thursday note to clients.