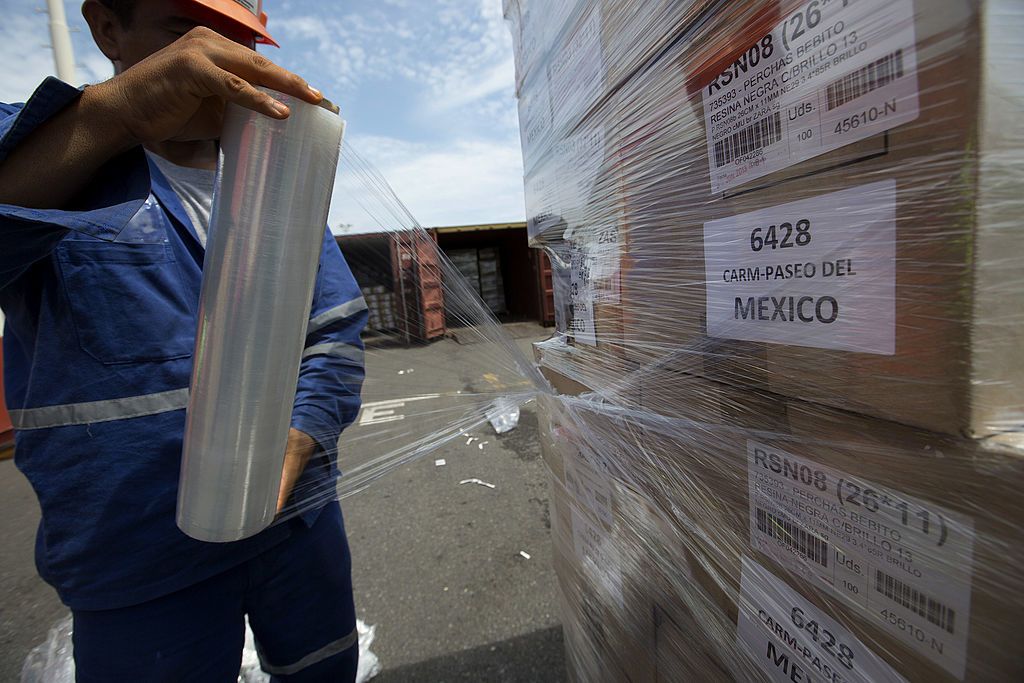 A worker wraps cargo in plastic before it is loaded into a shipping container at the Port of Veracruz in Veracruz, Mexico.

Main street groups are sounding off on President Donald Trump’s latest round of tariff proposals — this time levied on goods imported from Mexico.

Last week Trump threatened to put 5% tariffs on Mexican goods beginning on June 10, with gradual increases as high as 25% this year. The argument from some small business advocates is that these companies have less ability and time to reconfigure supply chains ahead of the June increase.

Optimism has climbed steadily and held near record levels since Trump won the presidential election in 2016, bolstered by deregulation and a tax code overhaul. However, in recent months, business groups have begun to express concern, taking issue with ongoing trade tensions and the impact frayed relationships may have on bottom lines.

The Small Business & Entrepreneurship Council’s President and CEO Karen Kerrigan said in a statement, “the use of tariffs as a leverage or a negotiating strategy does not appear to be working with our trading partners.”

The SBE Council highlighted data from the International Trade Administration that shows small and mid-sized businesses dominate trade with Mexico — some 58% of those 15,000-plus businesses that import from Mexico have fewer than 20 employees, and 70% have less than 50 workers. The group expressed concern that the tariffs will jeopardize the revised NAFTA deal, now know as the United States-Mexico-Canada Agreement, or USMCA.

“The newly announced Mexico tariffs, if acted upon, are not only bad for small businesses and entrepreneurs but come at a horrible time. Mexico and Canada are moving forward with ratification of USMCA, and this new action undermines trust and the potential passage of this important agreement,” Kerrigan said. “Congress must step up on this critical matter and work with President Trump’s team to resolve the growing influx of illegal immigrants and related humanitarian crisis. Imposing new taxes on Americans is not the answer.”

Recent data from the National Federation of Independent Business finds more than one-third of small business owners reported somewhat or significant negative impacts as a result of recent trade policy changes with Mexico, Canada or China. The group said it is too early to know how the most recent tariffs on Mexican imports might impact small businesses.

“Small businesses account for about half of the economy, and while the current trade debate heavily focuses on the impact of tariffs and retaliatory actions on the markets, the effects on small businesses often go overlooked,” said Adam Temple, communications director at NFIB, in a statement.

Meanwhile, the National Small Business Association says that while the U.S. immigration system — the reason Trump says he is pushing forward with tariffs on Mexican imports in the first place — is a “critical issue that needs to be addressed,” tariffs are not the way.

“These kinds of punitive tariffs can be greatly damaging to small businesses who rely on imported goods to provide a service, and can further harm small businesses looking to export due to retaliatory tariffs,” NSBA President and CEO Todd McCracken said in a statement. “Under this plan, affected small businesses will have less than two weeks to overhaul their supply chain or face significant, escalating price increases.”