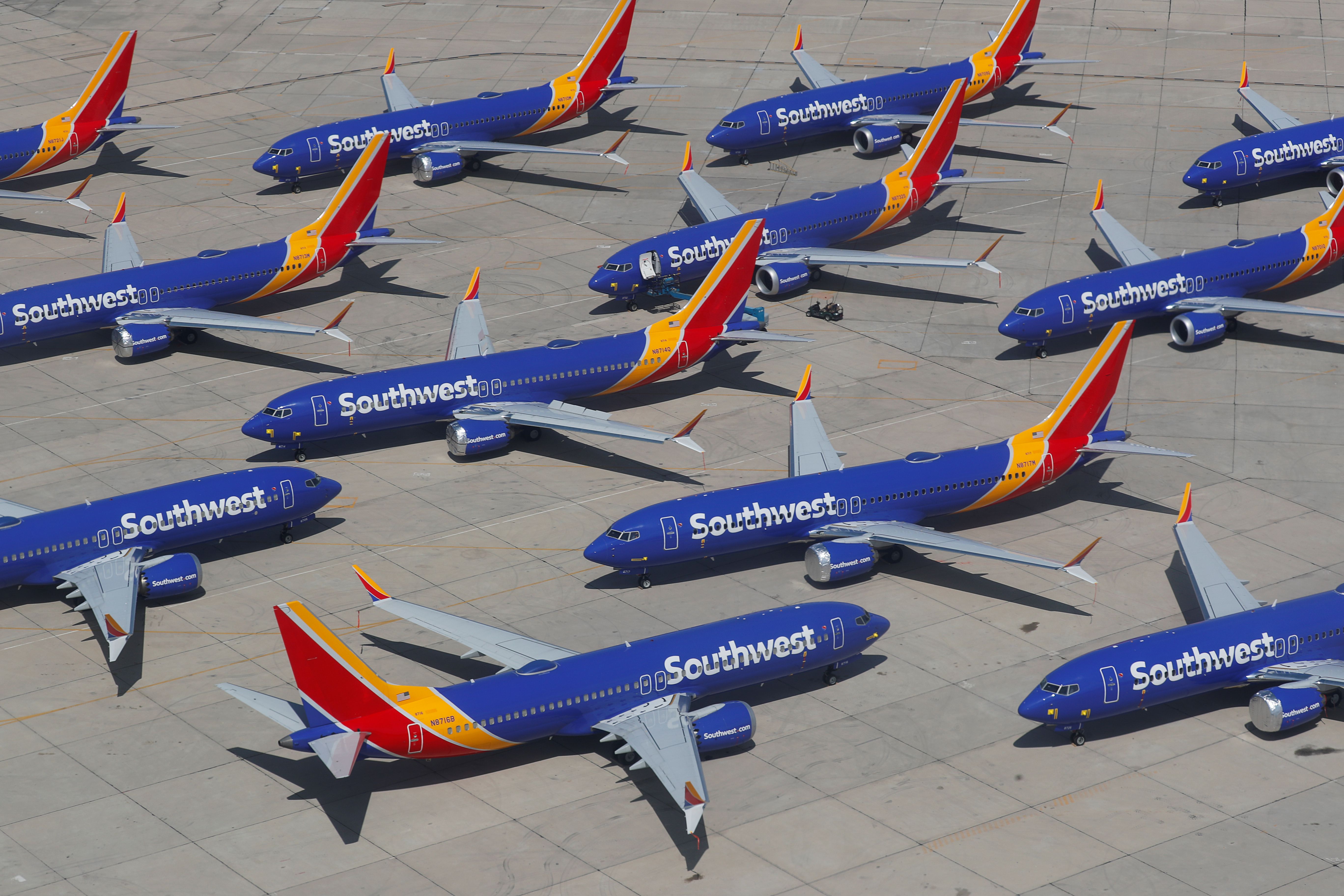 Southwest Airlines on Thursday joined its rival American in removing the still-grounded Boeing 737 Max from its schedule through the start of September, the latest sign that the disruptions from the controversial aircraft’s grounding are hitting airlines harder than expected.

The low-cost carrier is scrubbing about 100 flights a day from its schedule because of the change, it said. Southwest is the largest U.S. operator of the Max, with 34 of the planes in its fleet of about 750 Boeing 737 jets.

Aviation authorities grounded the jets in mid-March after two fatal crashes within five months of one another.

The Federal Aviation Administration and its international counterparts have not said when the planes might return to service, a headache for carriers left without the fuel-efficient planes during the peak summer season.

Southwest in April had previously removed the jets from its schedule through Aug. 5.

“With the timing of the MAX’s return-to-service still uncertain, we are again revising our plans to remove the MAX from our schedule through Sept. 2,” the Dallas-based airline said in a statement.

American Airlines extended its cancellations due to the Boeing 737 grounding through Sept. 3, after previously targeting Aug. 19.

American’s CEO Doug Parker on told investors on Wednesday that it removed the planes from the schedule because pilots and flight attendants were about to set up their schedules for that time period and “we still don’t have certainty as to when the aircraft will be back to service.”

Boeing last month said it completed a software fix for a stall-prevention system aboard the planes, but aviation officials are yet to sign off on those changes. Investigators have implicated that system, known as MCAS, in the two crashes, which together killed 346 people.

Boeing is scrambling to restore confidence in the 737 Max from regulators, customers and the flying public. Surveys have shown some passengers would avoid flying on the Boeing best-seller, even after aviation safety officials allow it to return to service.

Parker said the carrier’s management team thinks it’s “highly likely” that the plane will be flying by Sept. 3. American Airlines executives and pilots would fly on the planes before paying customers, once the aircraft are cleared to fly, but before the carrier resumes selling seats on them, he added.

“Because we haven’t been able to sell those seats yet, we can use that time for things such as myself and other members of management and pilots to go fly the aircraft,” said Parker. “Those types of things, I think, will help.”