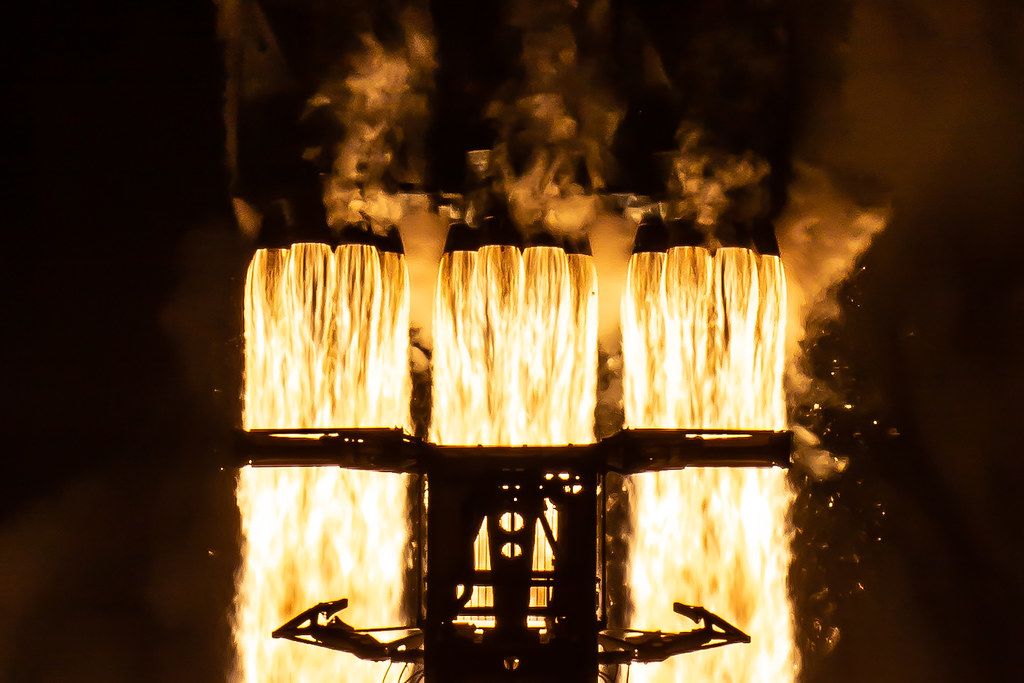 SpaceX launches its Falcon Heavy rocket for the STP-2 mission.

SpaceX is raising yet another round of funding, a month after completing its second fundraising of the year.

The latest round, filed on Monday, seeks to raise $314.2 million at a price of $214 a share, according to a document seen by CNBC. The new equity would bring SpaceX’s total 2019 fundraising to $1.33 billion once completed.

The company declined to immediately comment on the filing.

“SpaceX is the world’s leading private space launch provider, and we are excited to work with the company in the next phase of its growth as it rolls out its Starlink satellite network,” Teachers’ Innovation Platform fund senior managing director Olivia Steedman said in a statement.

Ontario Teachers’ said that SpaceX was seen as a “a compelling investment opportunity” for the fund because of “its proven track record of technology disruption in the launch space and significant future growth potential in the satellite broadband market.”

SpaceX raised equity rounds of $486 million and $536 million earlier this year. Before this latest round, SpaceX’s valuation had risen to $33.3 billion, people familiar told CNBC in May.

Elon Musk’s company is bankrolling two capital intensive projects: Starlink, a network of thousands of small internet satellites, and Starship, a massive rocket to send people and cargo to Mars.

Starlink would consist of 11,943 satellites flying close to the planet in what is called low Earth orbit and is intended to be an interconnected network, called a “constellation.” The satellites would create a web that beams high-speed internet to any place on Earth. The company’s first full mission of 60 Starlink satellites launched in May, making the funds SpaceX has raised this year key to scaling up development and production to meet its ambitious goals. Musk said last month, before this latest round, that SpaceX has “sufficient capital to get to an operational level ” for Starlink.

Starship, on the other hand, is the company’s plan for a next generation rocket. Designed to transport up to 100 people at a time to the moon or Mars, Starship is designed to be a fully reusable launch system. Two prototypes are currently in development, one in Texas and the other in Florida, and SpaceX is deep in finalizing the design and production of the Raptor engines that will power Starship.

Musk sees Starlink as the way for SpaceX to fund the development of Starship. He estimated recently that SpaceX revenue from launches likely peaks at about $3 billion a year but said he believes internet service revenue is potentially “more like $30 billion a year.”