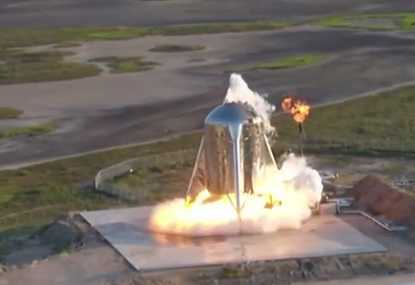 Seconds after the engine fired up, SpaceX stopped its first attempt to fly its prototype “Starship” rocket more than a few feet off the ground at the company’s facility in Texas on Wednesday.

The prototype rocket did not fly, as a SpaceX employee hosting a surprise, official livestream said.

“It appears as though we have had an abort on today’s test. As you can see there, the vehicle did not lift off today,” the SpaceX host said.