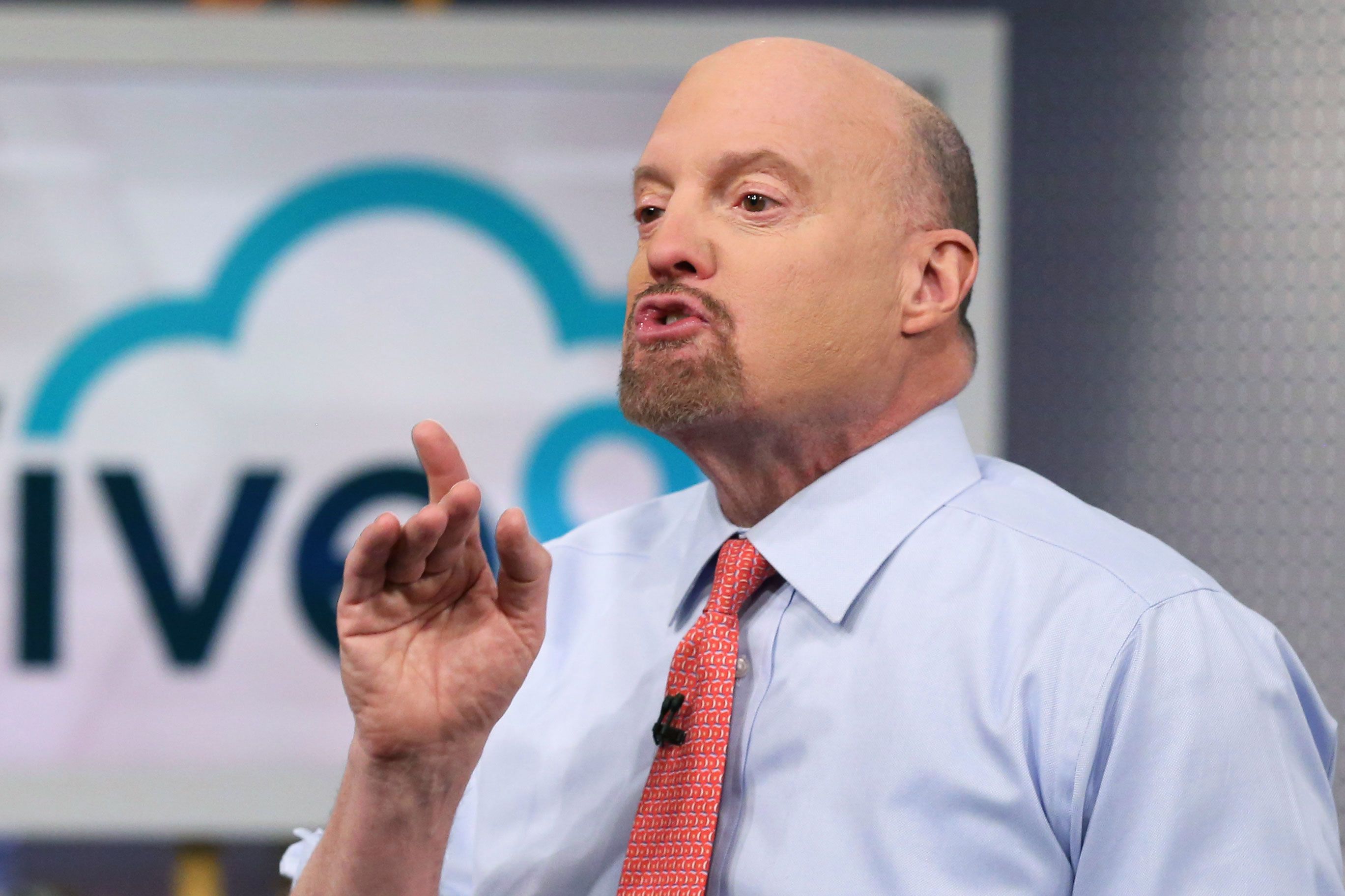 The retail sector has been reeling in the month of May with trade and economic headwinds in its way, CNBC’s Jim Cramer said Thursday.

The Spdr S&P Retail ETF, which tracks the segment’s performance on the market, has fallen more than 11% in the month alone and has now dipped nearly 1% thus far in 2019.

“Between the trade war with China and a potentially slower economy here at home, this is a tough moment for retail,” the “Mad Money” host said. “But if you do your homework, you’ll find retailers that can work even in a difficult environment.”

Target and TJX, the parent of discount chains T.J. Maxx and Marshalls, have seen their stock prices rise more than 21% and 13% in 2019, respectively. Cramer called these retailers winners after both posted “genuinely great” quarterly results last week.

“Target’s spent years investing in sexier stores, building out same-day delivery, growing its digital business — it is just on fire. Those moves are finally paying off,” he said. TJX’s stores “buy their merchandise from other retailers when they’re desperate to offload excess inventory, which is how they can beat Amazon on price and why they don’t care about China. “

Other retail stocks have gotten slammed after shareholders learn about their sourcing from China, Cramer said. That includes companies like Home Depot, Best Buy, and Foot Locker.

The host suggests, however, that Home Depot could be worth buying into further weakness.

Traders work on the floor of the New York Stock Exchange on July 12, 2018 in New York City.

Cramer shared his checklist for picking stocks in a volatile market.

His key to investing is to think like the big institutional investors, whose buy and sell decisions as a collective influence stock prices and, in turn, the overall market. After a string of days in the red, the major U.S. indexes all rose Thursday.

Amid a flood of IPOs and a prolonged U.S.-China trade war, it’s getting more and more difficult to find stocks that are safe to buy, Cramer said.

“Money managers are desperate to avoid owning companies that could be facing estimate cuts, and this checklist is what protects them,” he said. “Be ready for any company that fails the checklist to join the house of pain here, and remember that it will probably get worse before it gets better. So please prepare accordingly.”

“Pioneer has taken our gas to California, so we’re not seeing any of the negative prices,” he said in a one-on-one with Cramer. “But a lot of the independents are seeing negative.”

In order to address challenges in natural gas, Sheffield said the company will need to add as many as five additional natural gas lines to its operations in the southwestern basin.

Canopy Growth’s $3.4 billion tie-up with Acreage Holdings will give the joint enterprise a leg up amid marijuana legalization across America, CEO Bruce Linton told CNBC Thursday.

On Friday, the Food and Drug Administration is scheduled to hold a hearing on cannabidiol, the nonintoxicating compound found in hemp, to regulate the product that could grow into a $22 billion industry within three years.

The Canadian cannabis companies merged to share operations, brands, and intellectual property in efforts to dominate the dispensary industry in 20 states and in future markets, Linton said. He expects to see a breakthrough in the next 18 to 24 months.

“That’s just enough time to use all of our IP and brands to really get ahead,” Linton said in an interview with Cramer. “The next wave comes on and we’re way at the front.”

The cost of a dollar

Companies that have moved operations out of China in the midst of the trade war have provided good returns for their shareholders, Cramer said.

Dollar General is a prime example of a company to have done so, reducing its Chinese exposure to 6%.

Now the stock is on fire, the host said.

Find out why here

Cramer’s lightning round: I think Six Flags’ stock is fine

In Cramer’s lightning round, the “Mad Money” host runs through his thoughts on callers’ stock picks of the day.

Realogy Holdings: “No. It’s just not moving enough and you’re not gonna want to own that stock.”

Six Flags Entertainment: “That last quarter wasn’t that great. They kind of over promised on China. Yields 6%. I think it’s fine. I prefer Entertainment Properties, EPR. I think that’s better in that segment. “