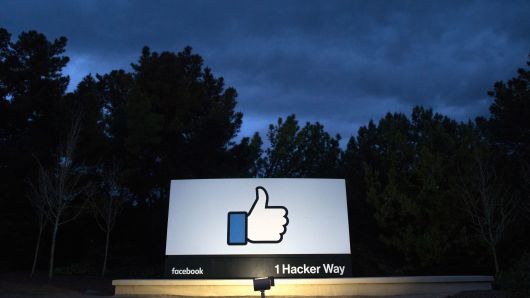 A lit sign is seen at the entrance to Facebook’s corporate headquarters location in Menlo Park, California on March 21, 2018.

In an effort to prevent the spread of misinformation, Sri Lankan officials blocked social media in the country after a series of bombings at local churches and hotels on Easter Sunday killed nearly 300 people. But academics have raised concerns that the decision could do more harm than good.

Facebook and its Messenger service, WhatsApp, Instagram, Google-owned YouTube, Viber and Snapchat have all been blocked in the country, according to internet monitoring group NetBlocks. T

he companies and the Sri Lankan embassy in the U.S. did not immediately respond to requests for comment.

Besides cutting off a key form of communication for Sri Lankans in a time of crisis, critics argue that a previous social media ban proved ineffective at quelling violence and misinformation.

In March 2018, the Sri Lankan government took a similar measure during a 10-day state of emergency following escalating violence between the country’s Muslim and Buddhist communities. An analysis of social media following the 2018 ban by Sri Lanka-based researcher Yudhanjaya Wijeratne found the ban only dropped activity on Facebook down about 50% compared to the three days before the outbreak of violence. People quickly found ways around the ban as searches for “VPN,” or virtual private networks, rose after it was announced, according to Wijeratne’s analysis.

Other research signals that a ban could have even more damaging effects besides simply proving to be ineffective. A 2016 study conducted by Jan Rydzak, associate director of Stanford’s Global Digital Policy Incubator, found that following social media shutdowns in India, more violence took place.

“Bottom line: shutdowns are followed by a clear increase in violent protest & have very ambiguous effects on peaceful demonstrations,” Rydzak wrote in a March tweet linking to the report.

The ban represents a shift in how governments worldwide view social media in the wake of crises.

Facebook in particular has positioned itself in the past as a useful tool during natural disasters or widespread acts of violence or terrorism with a feature that allows users to mark themselves as safe when a significant incident occurs in their area. But recent global events have highlighted the ways social media can be exploited in the wake of an act of violence. After the mosque attacks in Christchurch, New Zealand, social media companies struggled to remove videos of the violence from their platforms.

Where social media platforms have previously been seen as useful ways to reach communities, some nations are beginning to treat them as threats they need to mitigate. The Democratic Republic of Congo blocked internet connections and SMS service in the country earlier this year as it awaited election results, according to Reuters, and India proposed internet censorship earlier this year to prevent misinformation ahead of its own election, Axios reported.