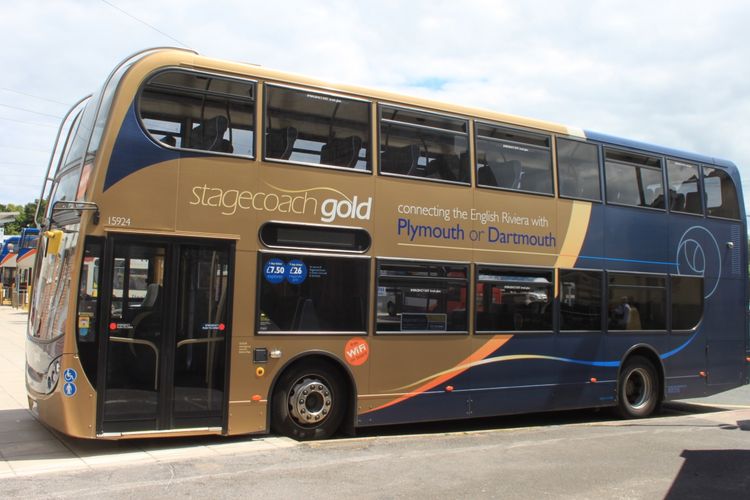 The sponsorship of the Turner Prize by Stagecoach abruptly ended yesterday after backlash over the bus firm founder’s views on gay rights.

The Tate and Turner Contemporary in Margate, where the award is being held this year, announced on Thursday night they were cutting ties “by mutual agreement” amid rumours a letter was being prepared by artists to be signed by former Turner Prize winners in protest.

There was anger at a press conference on Wednesday when the sponsorship was announced, with several journalists questioning whether Stagecoach was a good fit, particularly given that many previous winners of the Turner Prize are gay.

Stagecoach’s chairman Brian Souter, one of Scotland’s richest men, used his wealth to fund a campaign in 2000 to retain the anti-gay law section 28, which was ultimately unsuccessful.

The London art dealer Stuart Shave said he had also written to Victoria Pomery, the director of Turner Contemporary, expressing his dismay. He wrote: “Brian Souter is an openly known homophobe […] He has done terrible and deliberate harm and damage to LGBT rights in the past, promoting his endless billboard messages ‘Protect our Children and Keep the Clause’, trying to make any one who will listen hate the LGBT community.”

Shave acknowledged the fact that Stagecoach’s sponsorship has now been revoked, but continued, “serious questions need to be asked why on earth Stagecoach were ever deemed acceptable in the first instance. These values have no place in the art world that I am working in”.

In a statement released at 10pm on Thursday night, the Tate and Turner Contemporary said: “[Our] highest priority is to show and celebrate artists and their work. The Turner Prize celebrates the creative freedoms of the visual arts community and our wider society. Whilst Turner Contemporary has many generous supporters, the gallery will continue to seek support for Turner Prize 2019. In a climate of reductions in public investment to the arts, institutions across the UK are facing considerable challenges to deliver exceptional art for everyone.”

The bus company said: “Stagecoach South East has mutually agreed with Turner Contemporary and Tate not to continue with the company’s sponsorship of the 2019 Turner prize. We are absolutely committed to diversity in our company, however we do not want anything to distract from celebrating the Turner Prize artists and their work.”

Sponsorship of the arts has been under scrutiny of late. Among the most high-profile controversies has been the Sackler Trust’s sponsorship of museums; the Sackler family is facing a growing number of lawsuits over their alleged role in the deadly US opioid crisis.

The National Portrait Gallery recently announced it would not take a £1m donation from the Sackler family, a severing of ties that was also said to be “by mutual agreement”.

Last year, BAE Systems, Britain’s biggest arms dealer, withdrew its sponsorship of the Great Exhibition of the North following a wave of criticism from arts professionals who called the partnership “unethical”.

National pride, national shame and the ‘post-national’: the question of identity at the Venice Biennale
Watch out Frieze, here comes Tefaf with its mac and cheese
To Top
error: Content is protected !!
Top