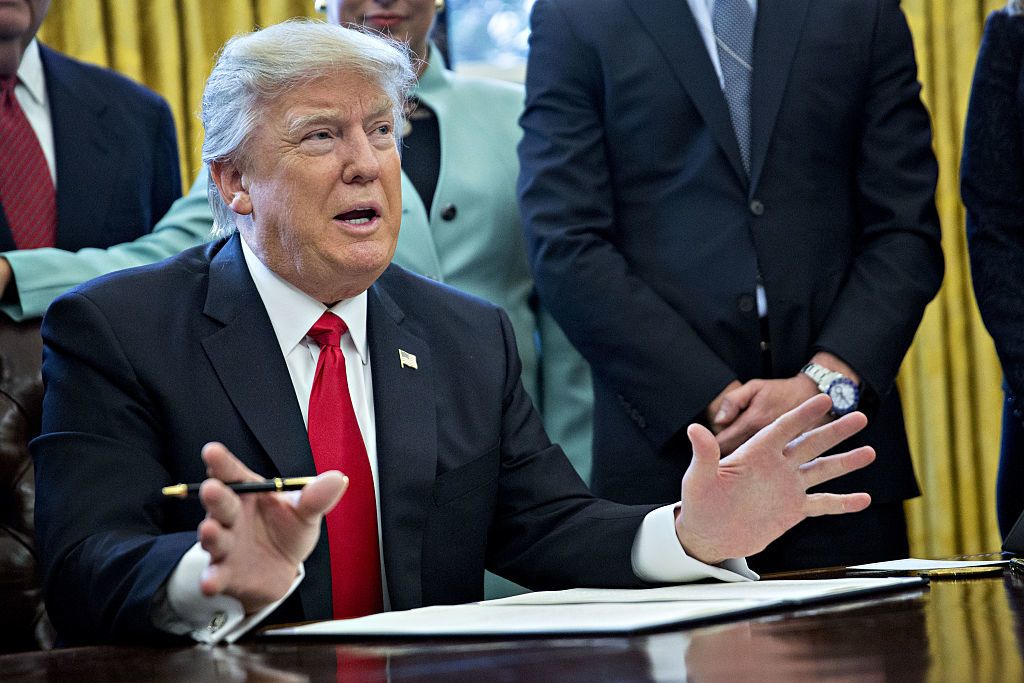 CNBC’s Jim Cramer said Tuesday that there is a shortage of buyable stocks on the market.

“When I say buyable, I mean stocks that’ll let you, kind of, sleep comfortably at night, or at least take a light nap,” the “Mad Money” host said.

Cramer reviewed which segments of the market money managers fear right now — the sectors he has framed, at least temporarily, as the “forbidden city of stocks.”

Stymied by the nearly-inverted yield curve, the financials sector — with the exception of financial technology names — has given investors nothing but pain, Cramer said. He highlighted that the group makes up 13% of the S&P 500.

A yield curve inversion occurs when the long-term Treasury bond rate is lower than the short-term bond rate. It’s harder for banks to make profits on loans in that environment, so money managers have shifted money into financial plays that have lower interest rate risk, such as PayPal and Square Inc.

“I think there’s too much value here to give up on the banks, even as I accept that this group is absolutely despised, and it’s been a sucker’s bet to wage that the hate will subside any time soon,” Cramer said.

“But given that the Chinese government seems to make new threats every night,” Cramer said, “and money managers are starting to hate [these stocks], there are only one or two exceptions.”

Retail stocks make up 10% of the S&P and amount to what Cramer called a “no-go zone.” Higher tariffs on Chinese imports could negatively impact company margins, he said.

“That’s why Walmart’s stock did nothing after the company reported a true blowout quarter — the best in nine years, ” he said. The “retail cohort’s just too hard.”

Health care companies account 15% of the market, and stocks in the sector take a blow every time Bernie Sanders, Elizabeth Warren and other Democratic presidential hopefuls push for a universal system, Cramer said.

On Monday, Cramer said former Vice President Joe Biden’s candidacy for the office could help buoy the industry. Many managed care companies benefit from the Affordable Care Act, also known as Obamacare, that was signed into law in 2010.

“You’ve gotta worry about what happens to the whole group if we get a Democratic sweep next year with one of the more left-wing candidates winning the White House,” Cramer said. “Still, I think fears are overblown as Democratic leadership in Congress is vociferously against. They hate single-payer, including [House Speaker] Nancy Pelosi.”

As a collective, communications and information technology companies comprise about 30% of the index. Cramer said his so-called “Cloud Kings” and the FANG names — Facebook, Amazon, Netflix, and Google-parent Alphabet — are good here, but semiconductors have some headwinds to face.

Chipmakers were able to muster out a rally on Tuesday.

“However, I wouldn’t get your hopes up because the moment the Chinese Communist [Party] decides to retaliate is the moment you give up today’s gains in that gigantic conglomeration of stocks,” the host said.

Cramer went on to say that oil, airlines and housing stocks have all been risky. If the U.S. and China can come to a truce, the down and out groups — except the financials — will become loved, he said.

“So what do you do? I think you wait. Some would say we’re back in a bear market. I would say we’re in abeyance. Crummy place to be,” Cramer said. “But it could be a terrific place with one flick of President [Donald] Trump’s pen or a tweet, for that matter. “

McDonald’s is a top stock of our time
TransferWise valued at $3.5 billion after $292 million secondary sale
To Top
error: Content is protected !!
Top