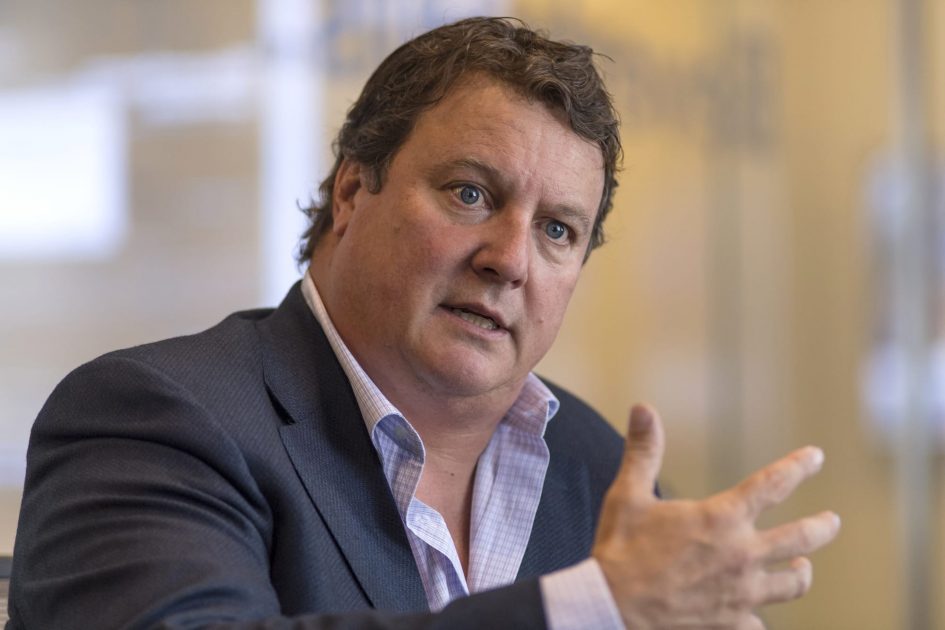 Greg Clark, former CEO of Symantec, speaks during an interview in San Francisco.

Symantec shares jumped as much as 7% on Friday following a report that private-equity firms Permira and Advent International expressed interest in buying the company for $26 to $27 per share. That’s above the 52-week high of $26.07 per share.

An exit to private equity could provide shelter for a company whose revenue growth has slowed in recent years and that has cycled through CEOs.

The Journal said it’s not clear if the firms would buy Symantec and then move forward with the Broadcom acquisition, or waiting for the acquisition to close before they acquire what’s left of the business.

Symantec shares have risen 27% in 2019 even as CEO Greg Clark stepped down in May and interim CEO Rick Hill stepped in. The majority of Symantec’s revenue comes from the consumer business, but it declined in the most recent quarter. Symantec’s total revenue has gone down in three of the five most recent quarters.

WATCH: M&A in cybersecurity should continue to be ‘pretty hot’: Analyst