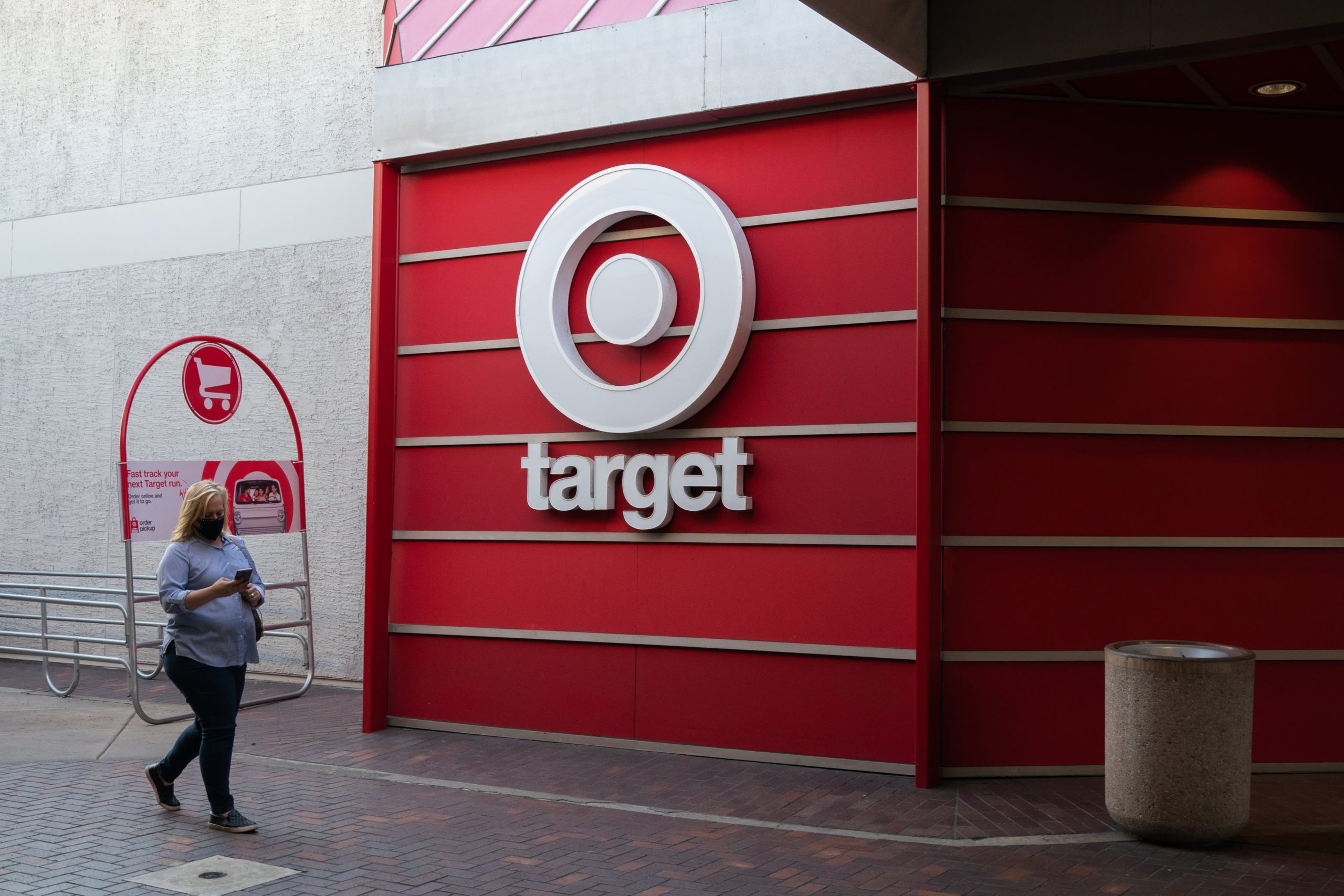 A person wearing a protective mask walks past a Target Corp. store at the Grossmont Center Mall in La Mesa, California, U.S., on Thursday, Feb. 11, 2021.Bing Guan | Bloomberg | Getty ImagesTarget said Tuesday that it hopes to build on its recent growth by investing about $4 billion annually over the next few years to speed along new stores, remodel existing ones and increase its ability to quickly fulfill online orders.Investors and analysts were left without a key piece of information, however: an outlook for the year. The company declined to provide guidance, saying Covid-19 made it difficult to predict consumer spending.Shares were down more than 5% Tuesday afternoon, despite Target beating fourth-quarter earnings expectations.At a virtual investor day on Tuesday, Target CEO Brian Cornell made the case that the retailer’s recent results aren’t a pandemic-related blip but the payoff of its long-term business strategy. He pointed to investments and decisions it has made over the past five years such as its growing collection of private-label brands, its partnerships with popular national brands and using its stores as hubs to fulfill online orders.”Far from being a fluke, this performance is further proof that we built a business model that is working as intended, one that puts Target in a category of its own,” Cornell said.He told investors that continued uncertainty won’t distract the company in the coming months.”I recognize the frustration, not being more precise, particularly on the top line as we think about sales, but I can guarantee you our entire leadership team and every part of this organization is focused on retaining and growing market share, no matter what the variables are we have to face,” Cornell said.New stores, distribution centersTarget’s next steps will include opening 30 to 40 new stores each year. Some of these stores will be near college campuses and in major cities such as New York, Los Angeles and Portland.It will add two distribution centers and try out faster, tech-enabled ways to restock shelves. And it will test new hubs that sort packages, freeing up time for employees to pick and pack online orders and help the company design more cost-efficient delivery routes.With the moves, Chief Financial Officer Michael Fiddelke said the retailer will “play offense and lean into the opportunity to build on last year’s momentum.”Target has stood out from retail rivals during the pandemic. As shoppers consolidated trips, they spent more money at fewer places where they found a wide range of items. As shoppers prioritized safety, they gravitated toward contactless approaches such as picking up online purchases in the parking lot. As consumers spent more time at home, they directed more of their dollars toward items that helped them work, learn and relax. Those factors have benefited the big-box retailer.The company’s 2020 sales grew by more than $15 billion — greater than its total sales growth over the prior 11 years. It has gained about $9 billion in market share across its categories during the fiscal year.

Surgeon opposes relaxing of Covid restrictions: ‘We haven’t even come down below the surge last summer’
A guide on how not to embarrass yourself while traveling in Japan
To Top
error: Content is protected !!
Top