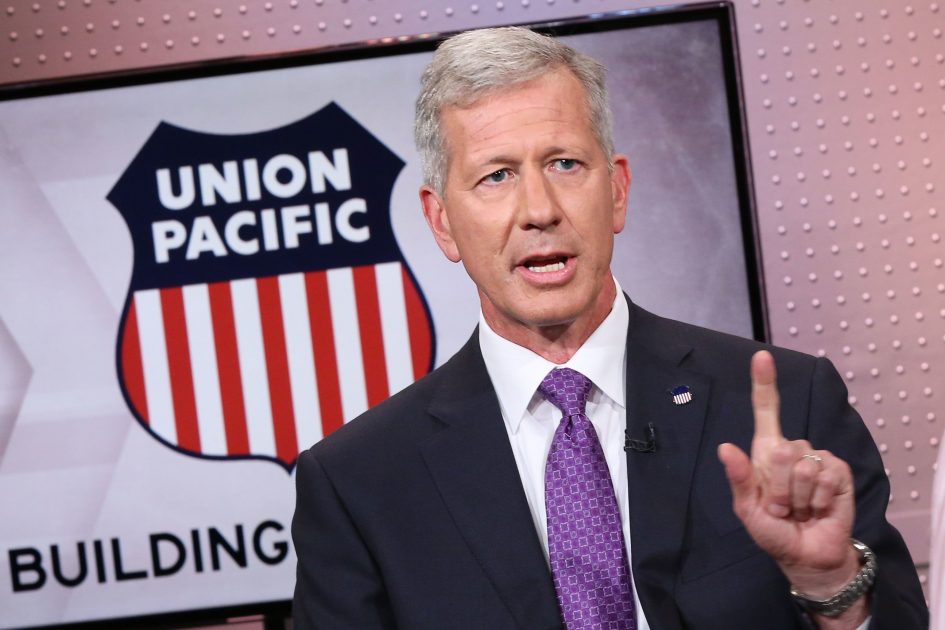 President Donald Trump has the right goal in mind to settle ongoing trade issues with China, but his approach could have far-reaching consequences on the U.S. economy, Union Pacific CEO Lance Fritz told CNBC Tuesday.

It’s time to hold the Beijing’s feet to the fire and push them to honor international trade standards of the World Trade Organization, yet tariffs on billions of dollars of imports from the country are hurting local economies, he added.

“I think that’s gonna ultimately damage the U.S. economy if they go on too long,” he said in a sit down with “Mad Money” host Jim Cramer. “The president’s used them as an effective tool to get China to the table, but I think we need to use caution as to how deep and long we use that as a tool because it’ll definitely create a problem with our economy.”

Fritz said he told Trump his thoughts about the impact of 25% tariffs on $200 billion worth of Chinese goods. The president has repeatedly claimed that China would pay the brunt of the taxes. The locomotive chief said the agriculture business in Nebraska, where Union Pacific is headquartered, has been “negatively impacted” by the dispute. About half of the acres for soybeans planted in the U.S. are used for exports and China once made up 40% of those purchases, Fritz said.

“They’re about zero right now so that means 20% of the crop has to find a new home and what a lot of people don’t think about is once you break a supply chain, other supply chains grow to replace it,” he said.

Agriculture transports made up 21% of Union Pacific’s 2018 freight revenue, which totaled more than $21 billion. Energy, industrial, and premium also make up a large part of those revenues. Analysts hit the stock with two separate downgrades from buy to hold on worries that the economy is slowing, which would impact earnings, Cramer noted.

While the domestic steel market has been “robust,” that does not mean jobs will return to the U.S. as Trump has promised, Fritz said, because many of the jobs have been lost to automation.

“The relentless pursuit of productivity and the reality of competing globally says a lot of those jobs have been lost to automation,” he said.

Trump on Tuesday revealed that he will have an “extended meeting next week at the G-20 in Japan” with his Chinese counterpart Xi Jinping.

Outside of trade with China, the U.S. must see progress in relations with other major trade partners, Fritz said. He was pleased that Trump did not go through with tariffs on Mexican imports earlier this month, but there is more work to be done.