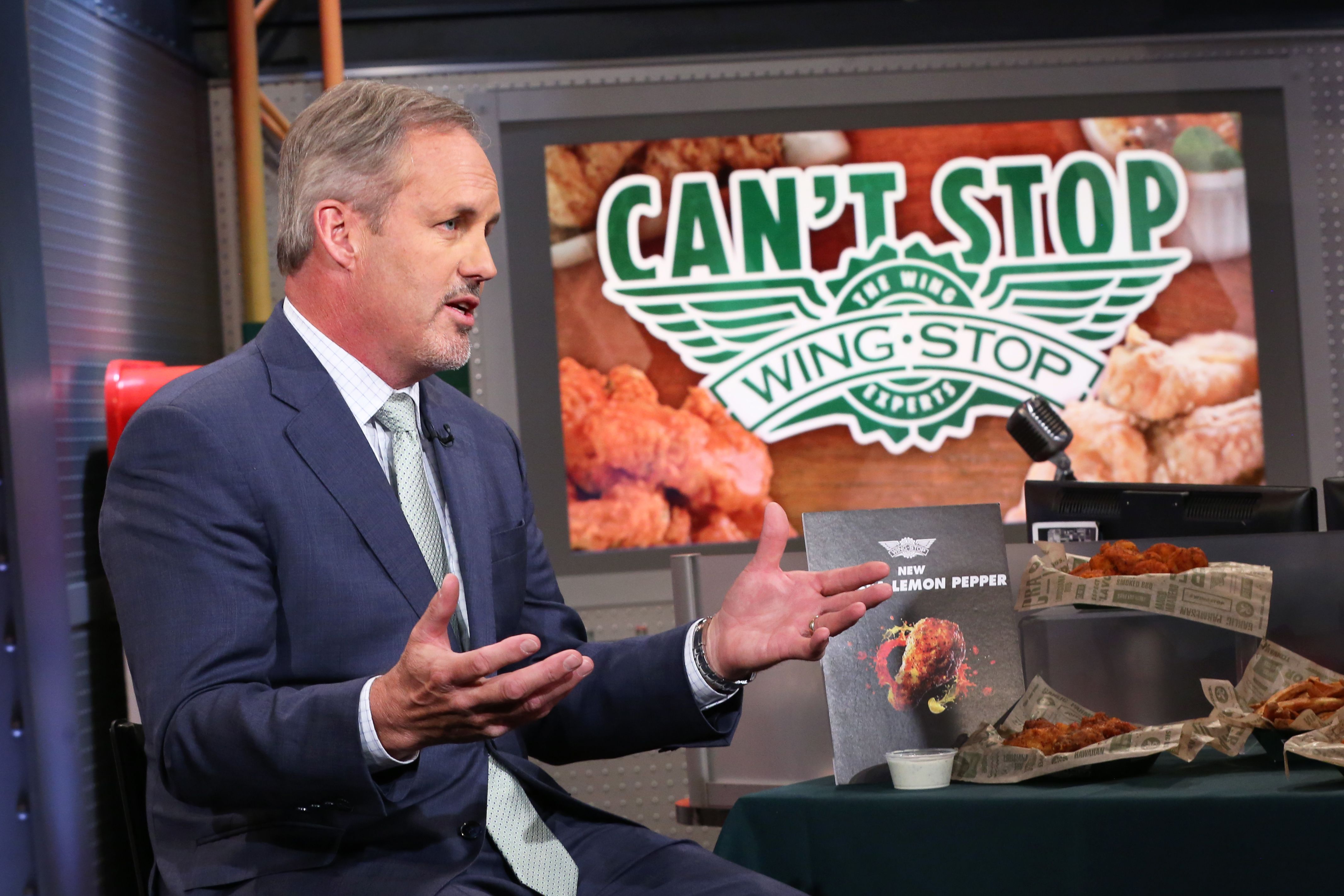 “Every time somebody accesses us, we want the opportunity to digitize that transaction,” he said in an interview with Jim Cramer on “Mad Money.” “Because a digital transaction tends to have almost a $5 higher average ticket, [it’s] more profitable for our franchisees, which means better return on investment.”

The company is also leveraging its small-store concept to insulate it from competition in big box players like Buffalo Wild Wings. Each restaurant on average is about 1,750 square feet, Morrison said. Wingstop in May reported first-quarter same-store sales growth of 7.1% — more than double the 3.5% Wall Street was expecting.

“We’re in a brand where we believe we’re in a market all by ourselves. We really don’t have a true competitor,” he said. “It’s a very efficient, carry-out — and now delivery-focused — concept that we believe creates efficiencies that some of the big box players can’t compete with.”

In a tight labor market where the unemployment rate is below 4%, labor costs have been a headwind for the chicken franchise. Yet, with Wingstop’s small footprint, it doesn’t take a large staff to operate a restaurant, Morrison said.

“We do believe through digital technologies and further digitization of our business we can create efficiencies that create capacity that help us to grow, which will take pressure off the labor line,” he said.

Wingstop has a partnership with delivery app DoorDash and plans to offer delivery services at 80% of its 1,200-plus locations by the end of 2019.

As for why digital transactions tend to lead to higher receipts, Morrison said online services give customers more autonomy.

“I think people spend more time with the menu. They get to know the menu … and they’re not as intimidated by the phone call or the rush that they see at the front counter.”

Shares of Wingstop climbed 1.9% Monday. The stock is up more than 26% this year and nearly 62% in the past year, trumping the S&P 500’s performance over the same time frames.

‘Wendy’s is one of my absolute favorites’
Apple took swipes at Google and Facebook at WWDC
To Top
error: Content is protected !!
Top