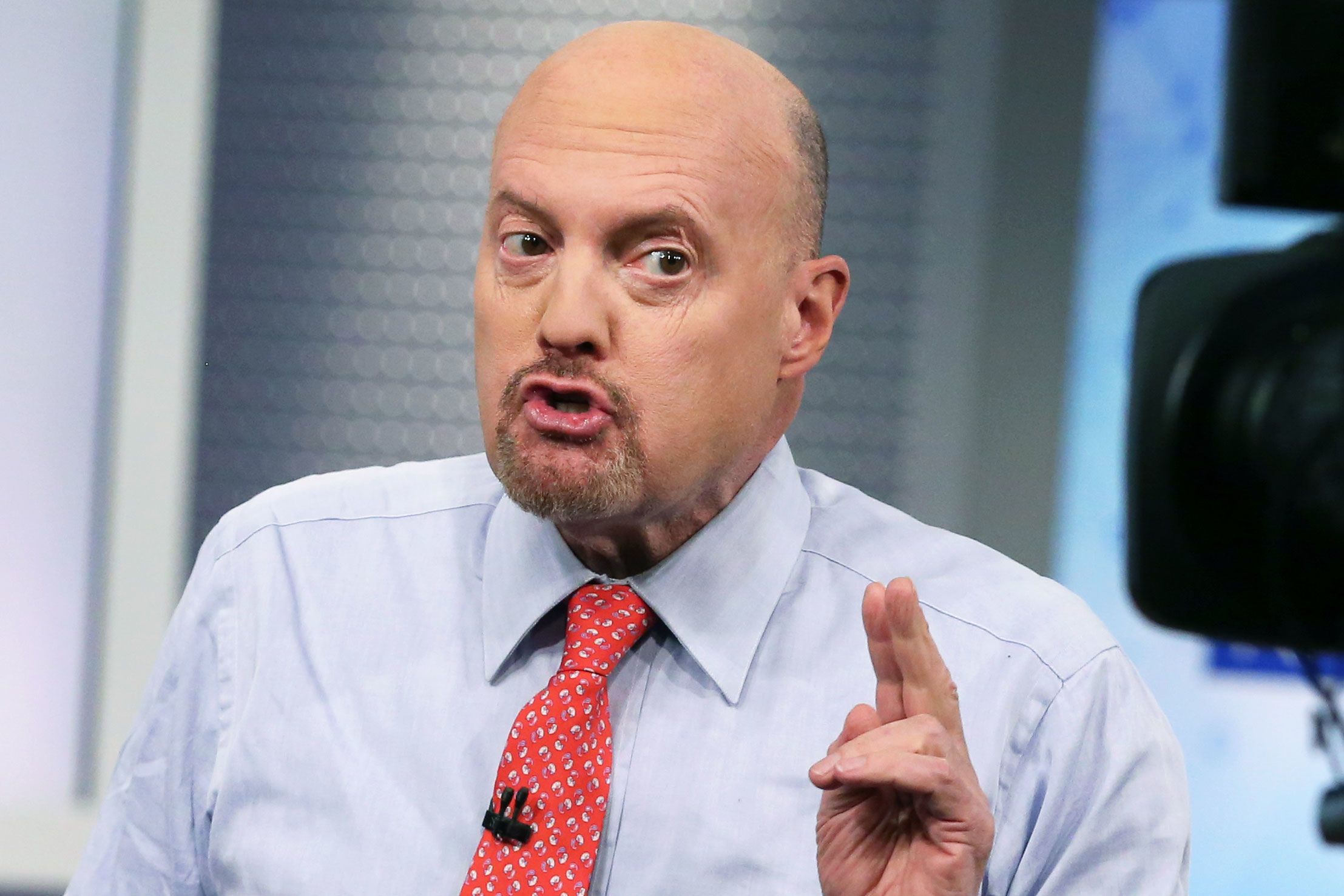 CNBC’s Jim Cramer said Monday that the old “sell in May and go away” investment adage does not fit in 2019.

“More like ‘sell in May and miss the miraculous Fed-induced rally,’ the best move of the year,” the “Mad Money” host said. “You shouldn’t make financial decisions based on a rhyming couplet. … That’s no basis for sound money management.”

Cramer said it’s tough to sell off holdings and it’s just as difficult, if not more, to time when to reenter at lower levels. The market action that Wall Street saw in May reminded the host of what happened in December — when Federal Reserve Chair Jerome Powell raised interest rates under the impression that the economy was too hot, inducing a market-wide sell-off.

Stocks were surging in early May, until President Donald Trump took trade wars with China and Mexico to new levels, Cramer said. Jobs and retail data were also low, he added, which some bet could offer justification for a rate cut.

Last week, Powell hinted that the central bank may consider lowering rates. With stocks oversold in reaction to Trump’s threat to slap tariffs on imports from Mexico, the major indexes went on to stage their biggest rallies of the year in the first trading week of June.

The host said investors should have sold in early May to buy their holdings back later in the month, “which doesn’t have that same ring to it.”

“So can we please retire ‘sell in May and go away?'” Cramer said. “The next time you hear it, I want [you] to remember about this spectacular June rally and think twice before taking [it] seriously.”

The George Washington Statue in front of Federal Hall on Wall Street is engulfed in a cloud of steam.

Cramer said it’s a tough time to put new money into stocks, even as the market posts gains.

The Dow Jones Industrial Average added more than 78 points Monday, the S&P 500 expanded 0.47% and the Nasdaq Composite moved up 1.05%.

Cramer said investors should beware of froth, when red-hot stocks skyrocket higher for no apparent reason.

“We still have enough moorings that I don’t want to declare this market out of control,” the “Mad Money” host said. “We still aren’t there yet, we’re still too close to the May swoon, but I think it’s probably too late to put any new money to work without another leg down or at least a retest of where we were at the beginning of last week.”

The stock plummeted as much as 8% during the session before paring losses and closing down 5.26%. Salesforce announced Monday it would purchase data visualization firm Tableau for $15.3 billion in stock.

“Tableau didn’t want our cash — they wanted our equity, because they know that the real value here is in the company that we’re creating together,” Benioff told Cramer in an interview. “We would have been more than happy to give them any currency they wanted, but ultimately they want our stock and, hey, I can’t blame them.”

The 5G space is facing pressure from some global affairs, but the initial roll outs of the next generation of wireless technology in the United States, South Korea and Japan are showing signs of fruition, Marvell Technology CEO Matt Murphy told Cramer.

“When you look at 5G, we’re extremely well positioned … especially if you look at the players that are gonna do well in the US roll out of 5G,” he said. “We’re gonna have very good position.”

Ansys, the maker of engineering simulation software, has a new partnership with German automobile and motorcycle manufacturer BMW to provide autonomous vehicle simulations.

“The industry will tell you that it takes 8 billion miles of road test … to validate an autonomous vehicle, and that’s just something impossible to drive,” CEO Ajei Gopal told Cramer. “You have to use a different technique and a different capability, and that’s where simulation comes in.”

In Cramer’s lightning round, the “Mad Money” host zips through his thoughts on callers’ investment questions of the day.

Blackstone Group: “I think we’re coming in a little late there. … It’s gone up a great deal and it is at only 3.5% yield now, so we’re gonna hold off on that one.”

Cigna: “[CEO David] Cordani’s gonna get it together. This group is just, right now, on its butt. I want you to buy some more. I’m not kidding. I think it’s the right level.”