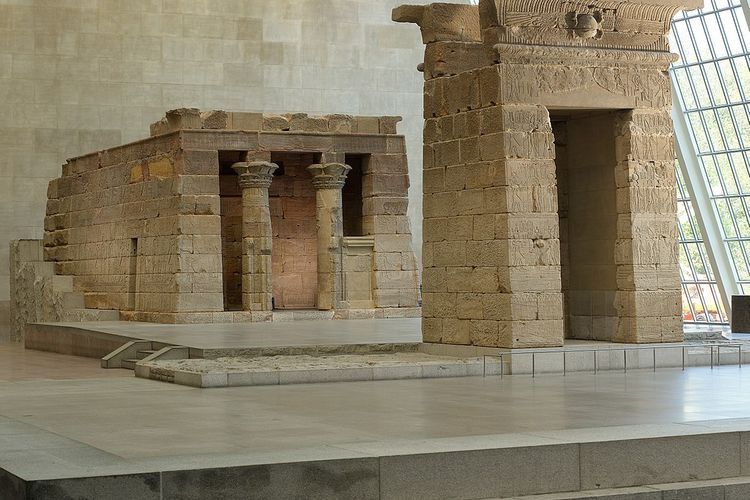 The Metropolitan Museum of Art said today that it would stop accepting donations from members of the Sackler family who are associated with Purdue Pharma, the manufacturer of the prescription opioid OxyContin, which is linked to thousands of overdoses annually in the US.

The Sacklers have been longtime donors to the museum, and the Met and other art institutions that have benefited from the family’s largesse have faced protests over those ties, notably led by the artist Nan Goldin, who struggled with an opioid addiction herself. Members of the Sackler family have also been named in a number of related lawsuits. In January, the Met announced that it was reassessing its gift acceptance policy as a result of the controversy.

Daniel Weiss, the museum’s president and chief executive, said the decision was taken by the Met leadership in conjunction with a vote by the museum’s board of trustees after a vigorous internal discussion about the gift policy, including “under what the circumstances we might decide not to accept a gift”. He declined to specify the board’s vote.

“We’re not a partisan or political institution so it is not our role to subject our donors to any particular litmus test,” Weiss said. At the same time, “we all have become increasingly focused around issues of accountability,” he said, noting that the controversy over the Sacklers involved a “a very serious public health crisis with pending litigation”.

“The Sackler family has graciously supported the Met for 50 years and has not proposed any new contributions,” he said. “Nonetheless, in consideration of the ongoing litigation, the prudent course of action at this time is to suspend acceptance of gifts from individuals associated with this public health crisis.”

He said that the Met did not plan to remove the Sackler name from the glass-enclosed wing housing the museum’s imposing Temple of Dendur, which opened in 1978 at a cost of around $9.5m including major funding by Arthur, Raymond and Mortimer Sackler. “Commitments made in the past were made under different sets of circumstances,” he said, well before OxyContin was introduced in 1996.

The New York museum joins other institutions that have already announced they would no longer accept gifts from the Sackler family, including the Solomon R. Guggenheim Museum, Tate in London and the Jewish Museum in Berlin. The American Museum of Natural History also confirmed today that it had cut off Sackler gifts as reported by The New York Times, which was also the first to report on the Met’s decision.

In a statement to The Times, the Sackler family members with ties to Purdue Pharma said that “while the allegations against our family are false and unfair, we understand that accepting gifts at this time would put the Met in a difficult position”.

Purdue Pharma is accused of fueling the opioid crisis in the US by aggressively marketing OxyContin and misleading doctors and patients about its addictive qualities, allegations which the company denies.

Rabbit hops to a record $91m at Christie’s as Jeff Koons once again becomes the world’s most expensive living artist
Back to the drawing board: new London fair pushes works on paper
To Top
error: Content is protected !!
Top