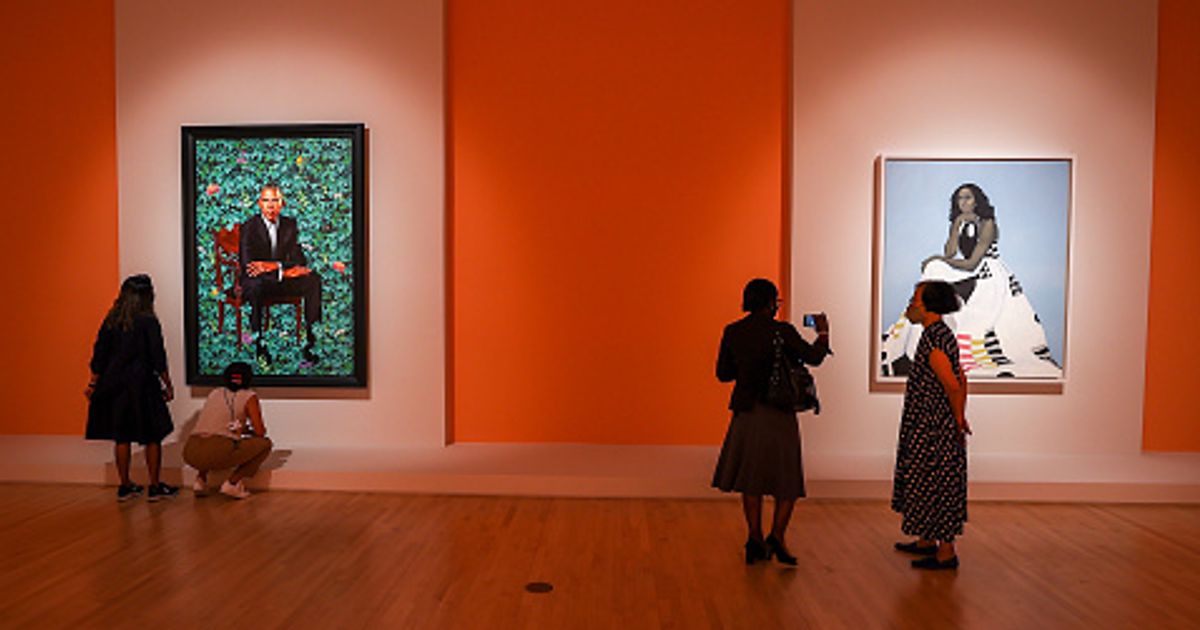 The crowd-drawing official portraits of former President Barack Obama by Kehinde Wiley and former First Lady Michelle Obama by Amy Sherald have arrived at the Brooklyn Museum. Opening to the public on Friday, 27 August, the exhibition The Obama Portraits will spend the next eight weeks in New York as part of a five-city US tour organised by the Smithsonian’s National Portrait Gallery in Washington, DC, providing communities across the nation the chance to view these popular works.“The Obama portraits are significant from both a cultural and artistic point of view,” says Eugenie Tsai, the Brooklyn Museum’s senior curator for contemporary art. “These representations commemorate the first Black President and First Lady with likenesses by two of the most innovative painters practicing today, who are also the first Black artists to be commissioned by the National Portrait Gallery to paint presidential portraits.”

The Brooklyn Museum has a long history of supporting Black artists and notably hosted Wiley’s first major exhibition in 2004, as well as his first career survey in 2015, curated by Tsai. The museum’s permanent collection also includes many presidential portraits, from Gilbert Stuart’s 1796 open-armed oil painting of George Washington to Andy Warhol’s garishly sardonic silkscreen of Richard Nixon, titled Vote McGovern (1972). “The presentation of Obama portraits amidst our encyclopaedic collection creates opportunities for dialogue around constructions of power, legacy, and American identity, and reflects the Brooklyn Museum’s own rich history of exploring ideas of portraiture, iconography, and representation of power across time and cultures,” says Jane Dini, the senior curator of American art.Presidential portraits are traditionally laden with symbols to suggest the character and values of the sitter. Wiley and Sherald continued this tradition, painting their subjects with less formality than previous portraits.

“Well versed in the tradition of state portraiture, Wiley and Sherald drew upon their talent and skill to preserve the gravitas and grace of their powerful sitters while remaining true to their own distinctive and entirely contemporary artist visions,” Tsai says.Wiley also referenced the former president’s heritage with chrysanthemums (the official flower of Obama’s hometown of Chicago), jasmine (a nod to his childhood in Hawaii), and African blue lilies in honor of his Kenyan father.The portraits started their tour in June at the Art Institute of Chicago, and will continue onto the Los Angeles County Museum of Art (5 November-2 January 2022), High Museum of Art in Atlanta (14 January-20 March 2022), and Museum of Fine Arts, Houston (2 April-30 May 2022). A book published by National Portrait Gallery and Princeton University Press accompanies the tour. • The Obama Portraits, Brooklyn Museum, 27 August-24 October