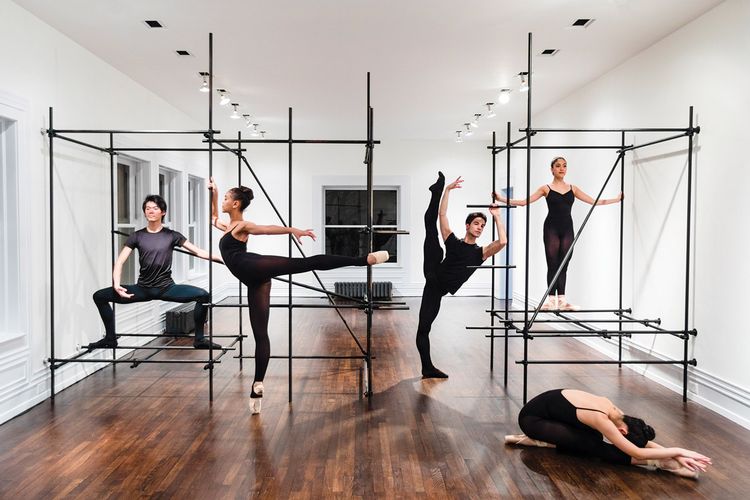 
The Whitney Biennial in New York often proves a pressure cooker for US social politics, especially since the curator Elizabeth Sussman’s landmark 1993 edition directly tackled the Reagan-era Culture Wars with provocative works by women and LGBTQ artists. The last edition in 2017 was marked by protests prompted by the white artist Dana Schutz’s depiction of Emmett Till, a black teenager who was lynched in 1955. The episode remains a hot-button issue for the biennial’s organisers two years later.

Jane Panetta and Rujeko Hockley, the curators behind the 2019 edition, are perhaps unusually positioned to navigate these tricky political waters. In a departure from previous editions, where guest curators have been brought in, this year’s organisers are on staff and know first-hand the controversies that the biennial can inspire.

“We’ve tried to use the challenges and conversations that came out of the last [edition] as a productive lens for our work,” Panetta says. To that end, there is a great deal of work in the show that grapples with socio-political concerns around race and gender, financial inequality, gentrification and the vulnerability of the body.


After making more than 300 studio visits, squeezed into just under a year, Panetta and Hockley have put together one of the Whitney Biennial’s most diverse rosters of emerging and mid-career American artists. A majority of artists are of colour, and there is an even 50/50 split between male and female participants. “We wanted our biennial to feel [as though it was] of this historical moment and to be reflective of the world we actually live in,” Hockley says, adding that it was “critically important” to present a multiplicity of voices in a wide range of mediums.

Indeed, the 2019 biennial boasts a wider range of new media and performance works than in previous years. A significant video component is included both in the galleries and in a standalone programme hosted in the museum’s theatre, which features works by Korakrit Arunanondchai, Garrett Bradley, Colectivo los Ingrávidos, Thirza Cuthand, Forensic Architecture, Ellie Ga and Ilana Harris-Babou among others. Additionally, a robust performance programme has works by Brendan Fernandes, Autumn Knight and Mariana Valencia, to name a few.


“We wanted our biennial to feel of this historical moment and to be reflective of the world we actually live in”
Rujeko Hockley, co-curator of the Whitney Biennial

Other artists in the exhibition are still probing the depths of traditional materials, whether in sculptures assembled out of found materials, heavily worked paintings or detailed drawings. This dedication to the physical object can be seen in the slightly surreal sculptures of the Ukrainian-born Olga Balema, Tomashi Jackson’s inquiries into links between colour theory and racism, or Marlon Mullen’s canvases caked with acrylic as if finger-painted, often poking fun at contemporary art criticism.

“We became interested in how this emphasis on the artist’s hand suggests a turn away from the ubiquity of digital space and a deliberate effort to make work that is more individualised and idiosyncratic,” Hockley says.


Despite the stress on inclusion and diversity, the 2019 biennial has already found itself in political hot waters. The artist Michael Rakowitz refused to participate in the show as an act of protest against the Whitney’s financial ties to Safariland, a company owned by the museum’s vice-chairman Warren Kanders, which manufactures tear gas canisters and other military products that have been used against asylum seekers along the US-Mexico border.

The activist group Decolonize This Place (DTP) has been staging weekly protests against Kanders in the lead-up to the biennial’s opening and a recent open letter published calling for his removal by Verso press includes around 200 signatures from artists, curators, critics—as well as the signatures of more than half of the 75 artists in the exhibition. Among these are Colectivo los Ingrávidos, Fernandes and Nicole Eisenman; while Forensic Architecture has said that its works within the biennial will address the issue.

“We’re in a moment in the art world right now where the landscape is changing in terms of accountability and they want to be a part of that.”
Marz Saffore, from the activist group Decolonize This Place

The mounting pressure has yet to yield any action on the Whitney’s part, but it has prompted concern that these actions place undue duress on artists for whom being included in the exhibition is a huge boon to their career, as if they are being asked to choose between their work and livelihood, and their politics. Marz Saffore, one of the core members of DTP who has been helping to organise the weekly protests outside of the museum, says that the issue is inherently a collective one that everyone is a part of. “As a queer black woman who is also an artist, there is no separation between politics and livelihood,” she says. Although she notes that there was never any call by DTP for this year’s artists to withdraw or any expectation to do so either.


“In fact [DTP is] excited because so many of the artists in this year’s biennial are people of colour. One of the curators is a woman of colour,” she says. “I think that this issue, however, can and should still be taken up. There’s nuance to it. The artists that have signed on to the Verso books letter, they see that. We’re in a moment in the art world right now where the landscape is changing in terms of accountability and they want to be a part of that.”

Indeed, in a year in which museums have rejected donations from some members of the Sackler family after lawsuits against their pharmaceutical company came to light, Panetta says her and Hockley’s ultimate goal is simply to remain dedicated to the cause of the artists. It is, she adds, an “intensely difficult moment”, but the biennial can hopefully provide “an important opportunity and platform” to reconsider how institutions can further social change.

The main sponsor of the exhibition is the jewellery retailer Tiffany & Co.

Lithuania gets the coveted Golden Lion for best national pavilion in Venice
After years of copyright limbo, Vivian Maier comes to London
To Top
error: Content is protected !!
Top