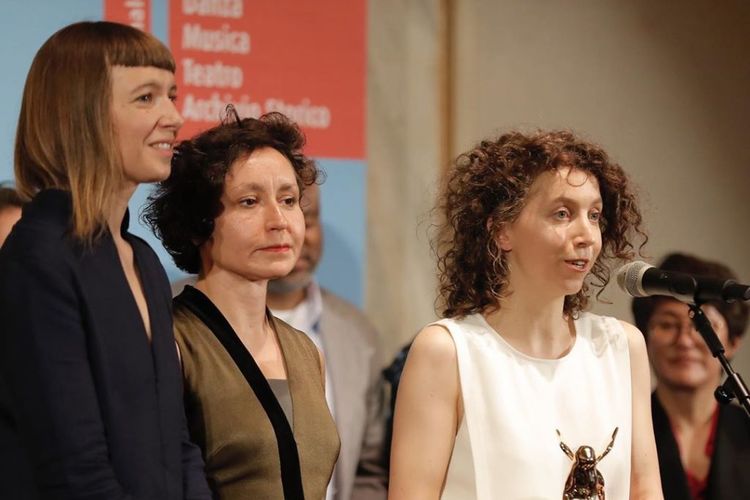 
Lithuania has won the Golden Lion prize at the Venice Biennale for its indoor beach installation, Sun & Sea (Marina), which proved popular with curators, collectors and critics during the launch week of the 58th International Exhibition (until 24 November). The pavilion offers the spectacle of a beach of holidaymakers singing an “opera-performance” in a building that still belongs to the Arsenale’s military zone. The work however comes with a barbed message for humanity, warning of ecological disaster.

The judging panel members include Stephanie Rosenthal, the director of the Martin-Gropius-Bau museum in Berlin, and Hamza Walker, the executive director of Laxart in Los Angeles. In a statement, they highlight the “experimental spirit [of the Lithuania pavilion]… and unexpected treatment of national representation” presented by its creators Lina Lapelyte, Vaiva Grainyte and Rugilė Barzdžiukaitė. The pavilion curator, Lucia Pietroiusti, organises the General Ecology programme at the Serpentine Galleries in London and is the daughter of Carolyn Christov-Bakargiev, the director of GAM Torino and Castello di Rivoli.

A special mention also went to Belgium for its pavilion presentation in the Giardini, Mondo Cane by the artists Jos de Gruyter & Harald Thys. The installation comprises a series of mechanised puppets based on folkloric stereotypes, depicting an absurd and astute vision of social relations in the age of populism.

Other winners include the US artist Arthur Jafa whose film The White Album (2019) earned him the Golden Lion for the best participant in the International Exhibition, which is organised by Ralph Rugoff and entitled May You Live in Interesting Times. The jury says that “Jafa uses appropriated and original footage to reflect upon the issue of race”. Our features editor Ben Luke says that the work “is similarly magnetically stirring, yet more troubling”.


The Silver Lion for a promising young participant in the International Exhibition went to the Berlin-based artist Haris Epaminonda whose mixed-media installation at the Arsenale site is inspired by Argentine writer Adolfo Bioy Casares’ novel The Invention of Morel (1940).

The artists Teresa Margolles and Otobong Nkanga also received Special Mentions. Margolles “trains a feminist lens onto the brutalities of narco-violence that pervade her home country of Mexico”, writes Julia Bryan-Wilson in the Biennale catalogue while Nigeria-born Nkanga makes vein-like sculptures, usually of glass and marble. The jury previously announced that the Golden Lion for lifetime achievement was awarded to the US artist Jimmie Durham.