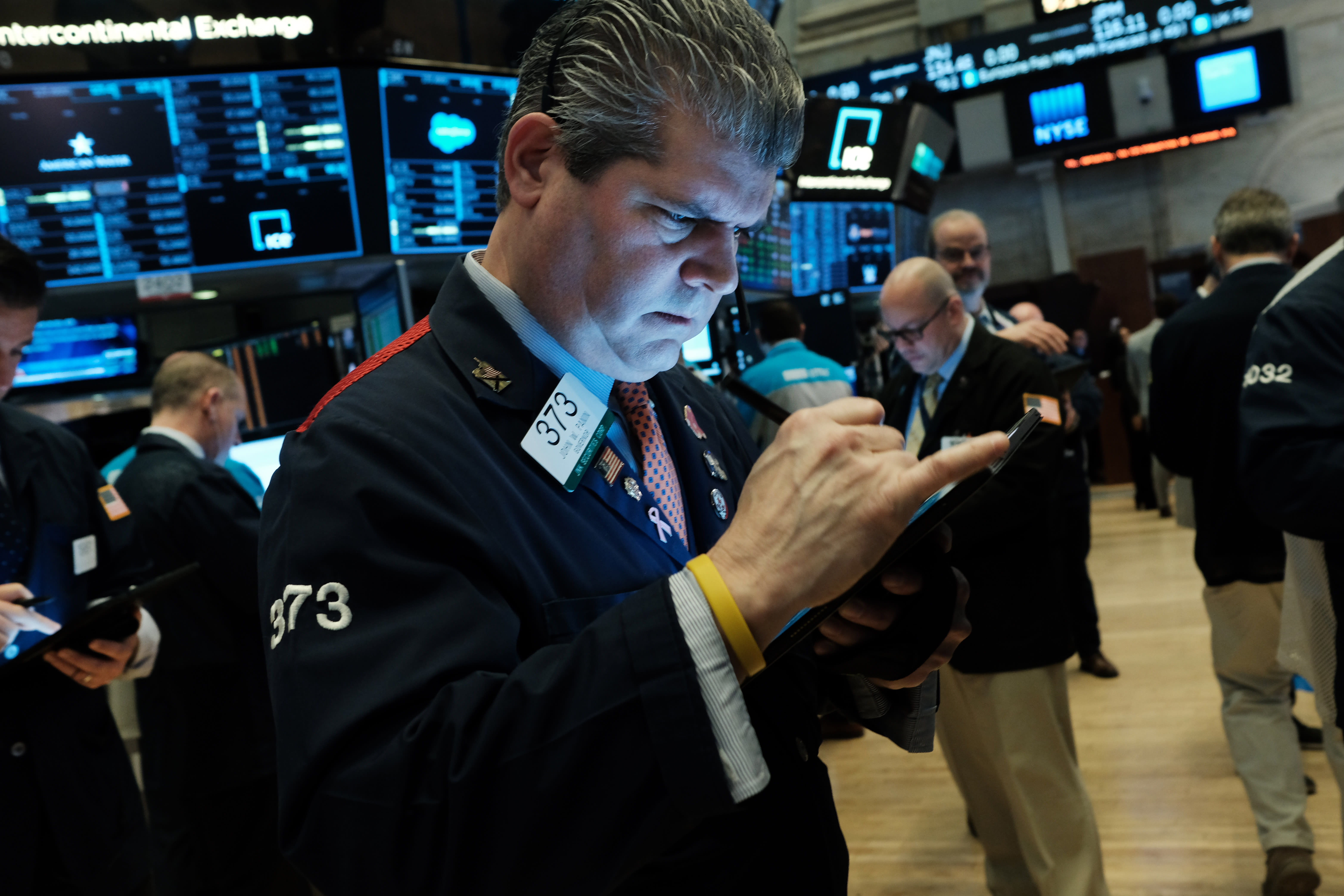 CNBC’s Jim Cramer on Friday said a confluence of late buyers and rebound sellers defined the trading activity of the session.After a roller-coaster day where the Dow Jones Industrial Average ran as high as 3% before dropping as low as 0.2% during intraday trading, the 30-stock index finished the day up 477 points, or 1.90%, to close at 25,605.54.The S&P 500 ended up 1.31% at 3,041.31 and the Nasdaq Composite gained 1.01% to close at 9,588.81.”When you try to rebound from a down-1,800-point day, what we had yesterday, you do get all these anxious” investors who run “smack into a wall of sellers” who are “delighted to get out at a higher price,” the “Mad Money” host said. “That’s what defined today’s choppy action.”Cramer said the market is being shaped by amateur investors biting at low dollar stocks and warned that “rampant speculation” tends to end in disappointment. He said the market, which is attempting to bounce back after being hobbled by the coronavirus pandemic, was due for a pullback.”If that keeps happening, then we haven’t seen the last of those painful reversals, like we had yesterday or in the middle of the day [today], as we work off the most overbought market in history, or at least the most overbought market since S&P started measuring these things 35 years ago,” the former hedge fund manager said. “It got too easy and now we all have to suffer as the get-rich-quick crowd gets blown out.”Friday marked the end of a three-week win streak as investors weigh the odds of another Covid-19 outbreak that could slow down America’s reopening efforts.”As long as you think we aren’t going into a second lockdown, even as Covid cases spike, then you want to buy your favorite stocks into weakness here,” Cramer said.He went on to give a preview of what’s to come for the market next week. All earnings projections are based on FactSet estimates.Monday: Empire State Manufacturing SurveyThe Federal Reserve Bank of New York will reveal its June survey of manufacturers in New York, which will give investors a read on general business conditions in the state and region. The May survey came in at minus 9, which followed a record low reading of minus 78.2 in April.The report “will tell us whether we’re dealing with a Covid-19 depression or just a recession,” Cramer said. New York City is the “hardest hit area in the country, so I bet this is going to be the worst number ever recorded. If we get a spike in new cases over the weekend … and we get a lousy Empire Manufacturing number, then Monday’s gonna be bad.”Tuesday: Lennar, Oracle earningsLennar reports earnings for its fiscal 2020 second quarter before the market opens. Executives of the homebuilder will host a conference call at 11 a.m.Projected revenue: $5.11 billion”Housing’s roaring because ultra-low mortgage rates have brought out buyers and tons of people are fleeing cities for the suburbs,” Cramer said. “The problem here is that we all know Lennar will report a good quarter, so it won’t surprise anymore, and if it doesn’t’ surprise anyone then it might not go up.”Oracle reports fiscal 2020 fourth-quarter results after the market closes.Projected EPS: $10.66 billionProjected EPS: $1.15Just like Lennar, Oracle must meet a high bar for its stock to run on the report, although the company “always manages to say something positive and it inches up the stock a little bit,” he said.Wednesday: Federal Reserve; housing dataFederal Reserve Chairman Jerome Powell is scheduled to deliver a semiannual monetary policy report to Congress at noon.Cramer called the central bank’s head the “hero of the stock market” for shutting down any thought about raising the overnight bank lending rate earlier this week.The U.S. Census Bureau is set to release its housing starts data for the month of May.”The only part of the economy that’s doing really well right now is housing,” he said. “I bet [the results are] strong, but, again, not enough to move the needle on the $19 trillion economy.”Thursday: Kroger earningsKroger reports fiscal 2020 first-quarter earnings in the morning.Projected revenue: $40.43 billionProtected EPS: $1.07″The supermarket business has become, really, dog-eat-dog. Kroger’s not doing the eating; they’re being eaten,” Cramer said. “But ever since Warren Buffett … bought a $500 million stake at the end of February, Wall Street’s fallen in love with this thing. I think that’s about to end after we see these numbers.”Friday: CarMax, JabilCarMax reports fiscal 2021 first-quarter earnings before the morning bell.Projected revenue: $2.54 billionProjected EPS: 3 cents”CarMax sells used cars and with all these new social distancing rules, I bet car ownership is headed higher,” Cramer said.Jabil reports third-quarter earnings for fiscal 2020 before the market opens for trading.Projected revenue: $5.61 billionProjected EPS: 34 cents”They usually have quite a bit of work for Apple, and we know Apple’s stock has been a real horse here,” he said. “Maybe Jabil can explain what’s driving it, although they can’t mention Apple by name because Apple doesn’t like that. You’ve got to read between the lines.”Disclosure: Cramer’s charitable trust owns shares of Apple.DisclaimerQuestions for Cramer?Call Cramer: 1-800-743-CNBCWant to take a deep dive into Cramer’s world? Hit him up! Mad Money Twitter – Jim Cramer Twitter – Facebook – InstagramQuestions, comments, suggestions for the “Mad Money” website? madcap@cnbc.com