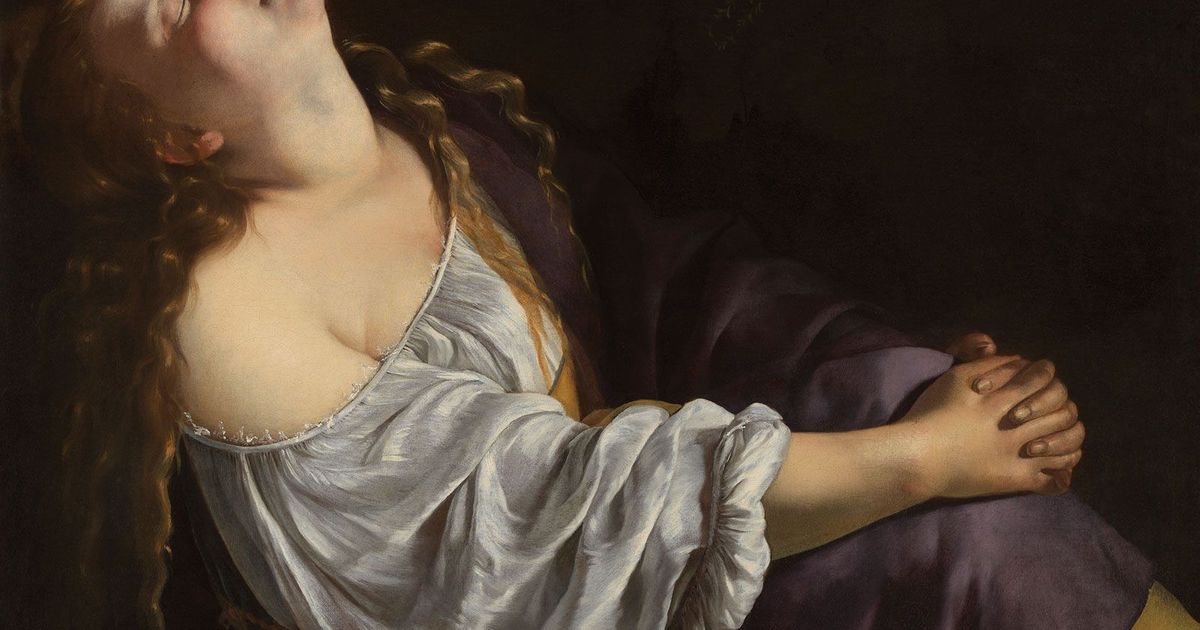 Artemisia, National Gallery, until 24 January 2021There is something chillingly pragmatic about Judith as she beheads Holofernes in Artemisia Gentileschi’s later interpretation (around 1613-14) of the Old Testament story. Her grip of the general’s head of hair is tight, her eyes are slightly squinted to avoid the blood spatter and you can almost feel the effort being expended in carrying out the grisly act. Hanging side by side, the two paintings on the same subject (the earlier version is from around 1612-13) are among the highlights of this tight exhibition, which consists of around 30 works. It is the first such survey in the UK dedicated to the Baroque artist, who was largely forgotten for centuries after her death. Broadly chronological, the exhibition traces the Italian artist as she moved between Rome, Florence, and Venice before settling in Naples for the final decades of her life (except for a brief stay in London in 1638, joining her father Orazio who was working for Charles I). While some of her self-portraits as saints and martyrs can seem a little flat, the delicacy of portraits such as Clio, Muse of History (1632), show her skill in bringing to life scenes that are less dramatic than beheadings. The show also includes some of Artemisia’s correspondence—translated into English for the first time—including one letter where she admonishes her lover for masturbating to her portraits.

A still from the stop motion animation work Can You Hear Me? (2017-20)
© Courtesy of the artist

Can You Hear Me, Whitechapel Gallery, until May 2021The 90 stop-motion animations that dance and flicker across the brick walls of the Whitechapel Gallery for Nalini Malani’s installation Can You Hear Me are a mesmerising articulation of anxiety. Long regarded as the pioneer of video art in India, Malani has spent her lockdown making drawings on her iPad that give form to her sense of unease at the state of our world. The animated results are stunning. Lines rapidly crumble and then reform before your eyes. Crudely drawn characters fight, play, kill and then dissolve into nothing. The show was inspired by a widely reported 2018 rape and murder of an eight-year-old girl, but it also references Covid-19 and rising fascism within India. Overhead, Malani can be heard reading out snippets of texts by writers such as Bertolt Brecht and Hannah Arendt. Their words also appear on the walls, continually emerging and then melting away, like a troubled thought receding from the mind, only to be replaced by another. All of the exhibition’s animations are also available to view on Malani’s Instagram. Read our full exhibition preview here.

The goddess Kali as a symbol of India, here advertising Kali cigarettes
© The Trustees of the British Museum

Tantra: Enlightenment to Revolution, British Museum, until 24 JanuaryThe tradition of Tantra, as we learn from a newly opened exhibition at the British Museum (until 24 January 2021), has always been transgressive. Obscene in every century, it emerged in India around 1,500 years ago in reaction to strict purity beliefs held by Hindus and Buddhists. Its first practitioners—evidenced by 6th century stone statues—carried human skull cups to symbolise the beheading of a Hindu god. This is everything your mother warned you about. Sex (countless depictions of couples in carnal embrace, attempting to harness primordial cosmic energy and achieve enlightenment); drugs (gorgeous Mughal-era paintings depicting yogis smoking from 18th-century bongs); violence (catch the goddess Chinnamasta and her necklace of severed heads); there is even rock n’ roll (turns out The Rolling Stones’s famous outstretched tongue is modelled on the goddess Kali’s). By the 19th century, Tantra had become the face of Bengali resistance against the British Raj; in the 20th, global counterculture sought out its potent philosophy to rethink the politics of power, disgust and freedom. In a wonderful cross-cultural reference, Sutapa Biswas’s 1985 depiction of Kali shows her holding a flag loosely depicting Artemisia Gentileschi’s Judith Beheading Holofernes (1614-18). Emerging from the show’s narrative is Tantra’s most powerful message, which states that the divine exists in our material plane. Liberation, we are told, can be found here on earth. But only if we are brave enough to seize it.

Two new books have different takes on the question: just what is Islamic Art?
French museums dismayed as reopening pushed to 7 January
To Top
error: Content is protected !!
Top