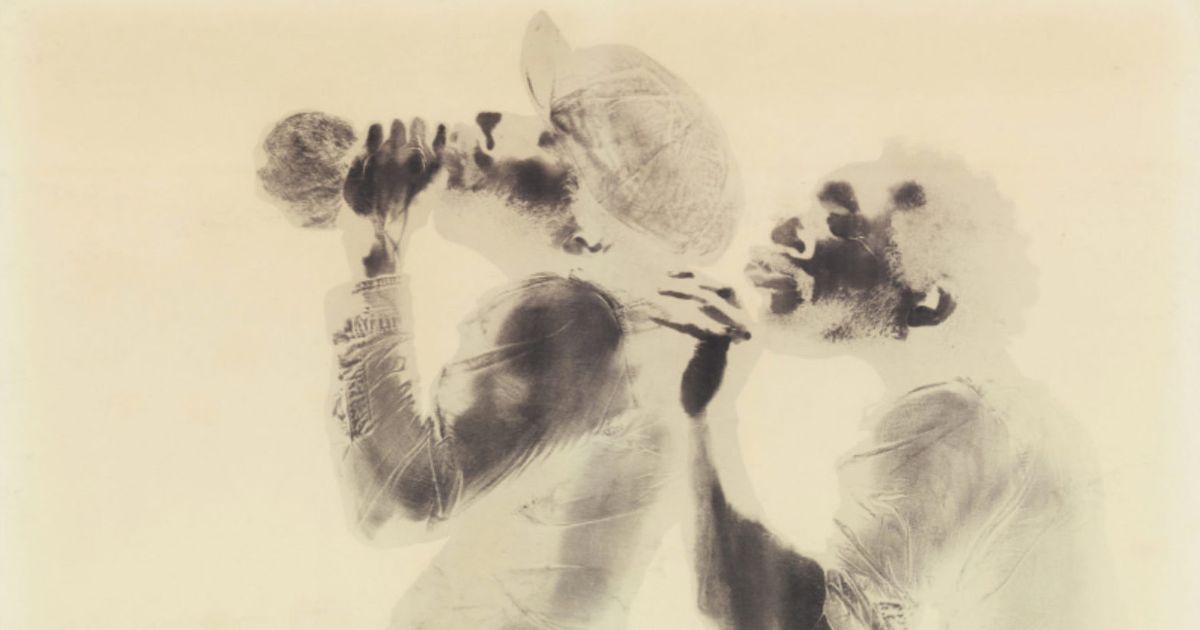 Our editors and writers scour the city each week for the most thoughtful, relevant and exciting new exhibitions and artworks on view at galleries, museums and public venues across all five boroughs of New York. This week we recommend:

David Hammons: Body Prints, 1968–1979Until 23 May at The Drawing Center, 35 Wooster Street, Manhattan The American conceptual artist David Hammons pioneered an unconventional method of printmaking in the 1960s by smearing grease—like margarine and baby oil—on human figures and pressing them against large-scale pieces of paper, then dusting the imprint with pigment. These “body prints” and other early works on paper, a foundational area of the artist’s oeuvre, are being examined in a comprehensive museum presentation for the first time but represent the genesis of his artistic practice, despite being lesser-known than his later assemblage pieces. The work The Wine Leading the Wine (around 1969)—in which the artist used not just bodies but also wine bottles, paper bags, gold chains, chicken bones and other materials—comments on the stereotypical prevalence of certain objects in predominantly negative stories dealing with African-American culture, a topic the artist continues to explore in the various manifestations of his practice.

Philip Guston and Raymond PettibonUntil 20 March at Brooke Alexander, 59 Wooster Street, ManhattanIn 1980, the year of his death, Philip Guston embarked on a series of black and white lithographs. Through primarily studio still-lifes, Guston displayed that lithography was a wonderful vessel for the gestural, representative style that was consistent in his later work. The same year, Raymond Pettibon—then in his early twenties—was beginning to make waves as the artist behind the album covers of the now legendary punk band Black Flag, who were founded by Pettibon’s brother Greg Ginn and who had released just their first two EPs in 1979 and 1980. In this exhibition, the gallery has smartly paired the two artists’ lithographs together for a two-man show. Though each style is unique and instantly recognizable, with their lithographs placed side by side, Pettibon and Guston’s distinctive hands dance in rewarding ways as both use their painterly tendencies and their smart high-and-low humor to probe the tragicomic tendencies of the American experience.

Francisco de Goya, Plate 15 from The Disasters of War: And There is No Help (1810)
Metropolitan Museum of Art

Goya’s Graphic ImaginationUntil 2 May at the Metropolitan Museum of Art, 1000 Fifth Avenue, ManhattanThe show comprises more than 100 prints and drawings by the Spanish master Francisco de Goya that chronicle his development as a draftsman and printmaker, from his early career at the Spanish court to later politically-charged works. Among the most compelling pieces, works from the haunting series The Disasters of War (1810–20)—in which Goya, in his signature style, conjoined the wondrous with the macabre—show a carnival of violence that condemn the consequences of warfare. The series of more than 80 etchings were partly made amid the Spanish War of Independence and were deemed so controversial they were only published decades after Goya’s death in 1828; some scholars speculate he wanted to hold the publication of the images until the works could be seen uncensored, and due to fear of punishment from the Spanish king Ferdinand VII. Most pieces in the exhibition have been pulled from the museum’s permanent collection, which holds the largest collection of works on paper by Goya outside of Spain. Click here to see our previous picks of shows to see in New York this month.