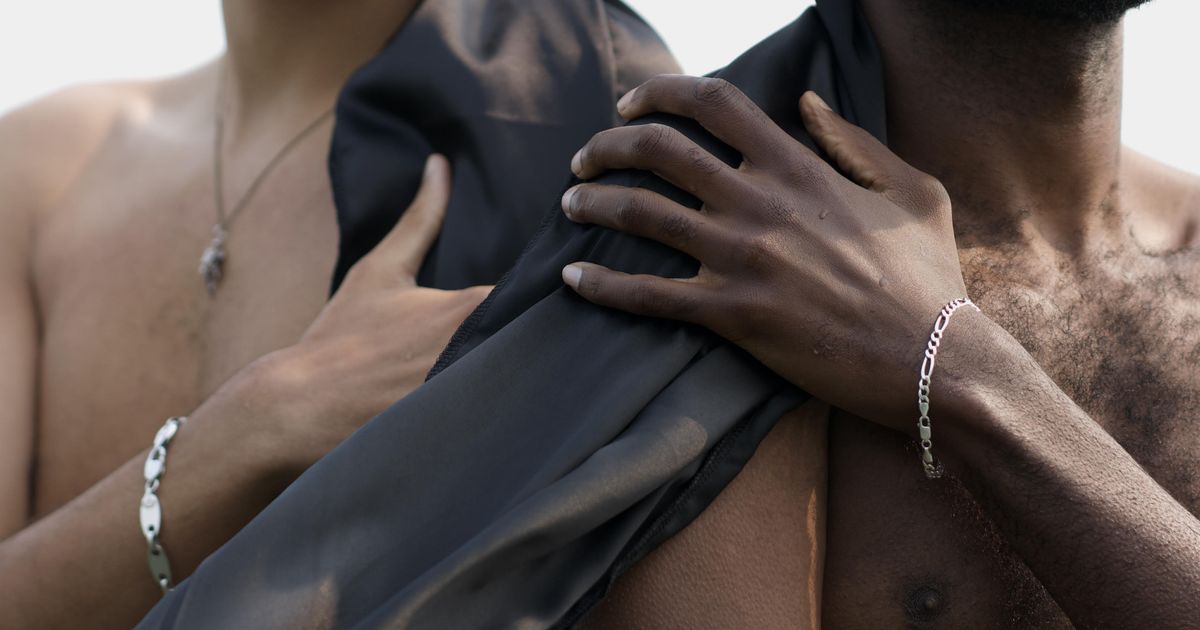 Esmaa Mohamoud, The Brotherhood FUBU (For Us By Us) (2020), production detail, mural
Courtesy of Georgia Scherman Projects

The Scotiabank Contact Photography Festival returns to Toronto in May, when it celebrates its 25th anniversary. “We’ve supported tens of thousands of artists over that time; we had 1.4 million two years ago,” says executive director Darcy Killeen, who tries to get to every exhibition and project opening—as many as 200 in some years—on his trusty bike. Though the pandemic seriously impacted last year’s festival, it did go ahead but largely shifted to online. “Only about a third of the 186 shows actually opened,” Killeen says. The Contact gallery and office at its festival hub on Spadina Avenue stayed shut, with staff working remotely, but the move brought some benefits. “Last year was a great opportunity to do some new online things, which we’d never done before,” says Bonnie Rubenstein, Contact’s artistic director. “It’s helping us to reimagine the possibilities.”The charm of the festival—which is largely free of charge—is its inclusiveness. “Anybody can have an exhibition; we are a grassroots community,” says Killeen, referring to Contact’s Open Call tier, which is “not juried or vetted”. In pre-pandemic days, Open Call artists were required to secure a space if they were to be considered but this year they can choose to appear online only.

Heading the festival is the Core Program, which consists of both primary exhibitions and public installations. Exhibitions will feature work by international artists including Laia Abril from Spain, London-based Onyeka Igwe and Dutch duo Persijn Broersen and Margit Lukács.While many of the exhibitions will still be presented virtually, public installations will go ahead as planned, including some that were postponed from last year. Highlights include Sara Angelucci’s mural series Nocturnal Botanical Ontario on the exterior of Peel Art Gallery, Museum and Archives, which explores the region’s night-time flora; and Toronto-based artist Esmaa Mohamoud’s The Brotherhood FUBU (For Us, By Us) at Westin Harbour Castle Conference Centre, an examination of gender dynamics and how racial identity affects the navigation of public space. Rubenstein hopes that commercial galleries will be a key presence, although the pandemic has caused many to reconsider. “Galleries need to have a proper run,” Rubenstein explains. “A lot of people didn’t want to risk it last year.” And while Contact is moving away from its previous theme-based approach—“Putting a theme around it was strangleholding it,” Killeen says—this year’s festival will centre on Black and Indigenous artists as well as those from queer communities, while also presenting women’s bodies as sites of power. Environmental concerns such as climate change and the ongoing impact of the pandemic will be addressed, too. As part of this focus, Toronto Photo Laureate and artist Michèle Pearson Clarke is curating a group exhibition of Canada-based artists such as Mohawk multidisciplinary artist Lacie Bunting; Nigeria-born Isabel Okoro; and Wynne Neilly and Kyle Lasky, who explore trans identity.• Scotiabank Contact Photography Festival, 1-31 May, Toronto