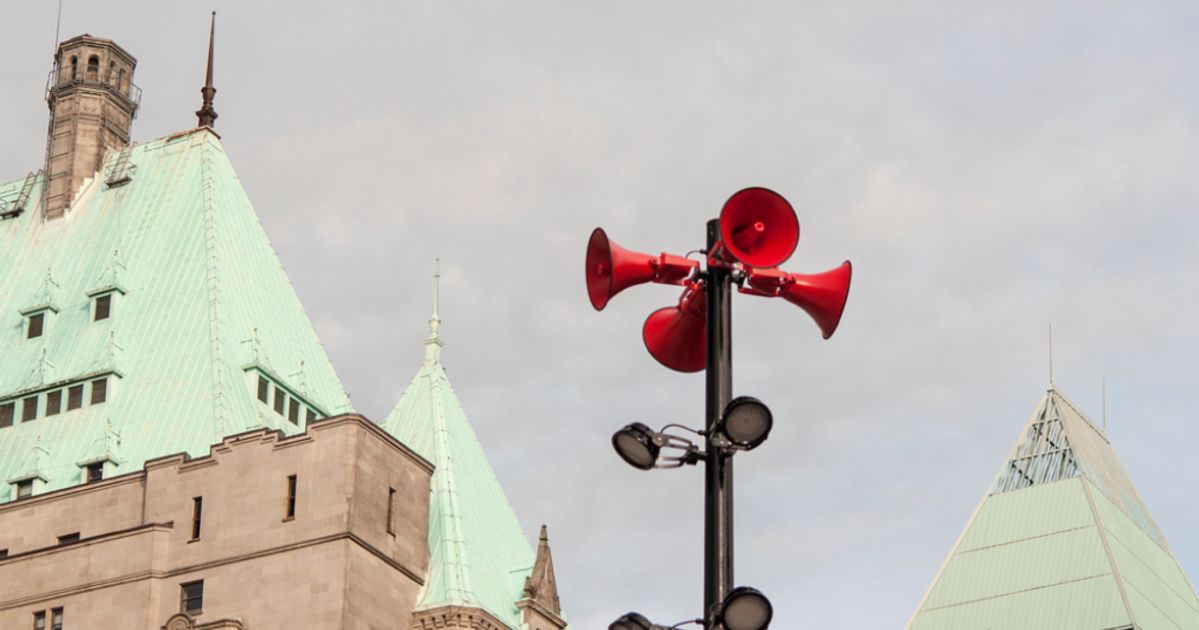 While the Vancouver Art Gallery’s earned revenue has fallen by 75% since its reopening last June, mainly due to pandemic travel restrictions for tourists, an installation by the Vancouver artist Brady Cranfield on its newly pedestrianised south plaza offers some hopeful whimsy and reflection for local visitors. Weekend Chime, consisting of four red horns fixed on top of a lighting pole, which every Friday at 5pm play two notes sung in the chorus the hit song Working for the Weekend by hometown rock band Loverboy, explores themes of class, labour struggles and the versatility of pop music, the artist says.Some similarities can be found with the time Working for the Weekend was released in 1981. That same year, the Vancouver Art Gallery building was redesigned and retrofitted by the architect Arthur Erickson from a pre-existing Edwardian neoclassical courthouse. Now, his long-time collaborator Nick Milkovich’s firm (together with HAPA) has just finished a redesign of the museum’s north and south plazas, linking them to the rest of the campus and closing off Robson Street to vehicular traffic.And as in the 1980s, the city is again facing a financial crises with vacancy rates for downtown office space set to rise as high as 18%. Loverboy’s hit single was then a kind of working-class anthem, but its lyrics could equally apply to pandemic weary home-workers today: Everybody’s working for the weekend / Everybody wants a new romance / Everybody’s goin’ off the deep end / Everybody needs a second chance. Funded by the city of Vancouver, the project was inspired by the Vancouver Art Gallery plaza’s role as a civic “gathering space”, the artist says. “I see a parallel between the way everyday people use, reuse, remake and occupy that space and the way that we use, reuse, remake and occupy pop songs.”And in one of North America’s most densely populated downtowns, perhaps the newly revamped plaza also signifies the repurposing of the area as a space for art, with artist Jordan Bennett’s work recently installed on the facade of the Dal Grauer power station as well as an appropriately titled offsite installation called Pedestrian Protest that opens Friday. Also hopeful is a new $1m dollar donation from the estate of the late great painter Gordon Smith that will help fund a new curator of Canadian Art at the Vancouver Art Gallery. Forty years later, it is comforting to know that Vancouver artists still rock on.