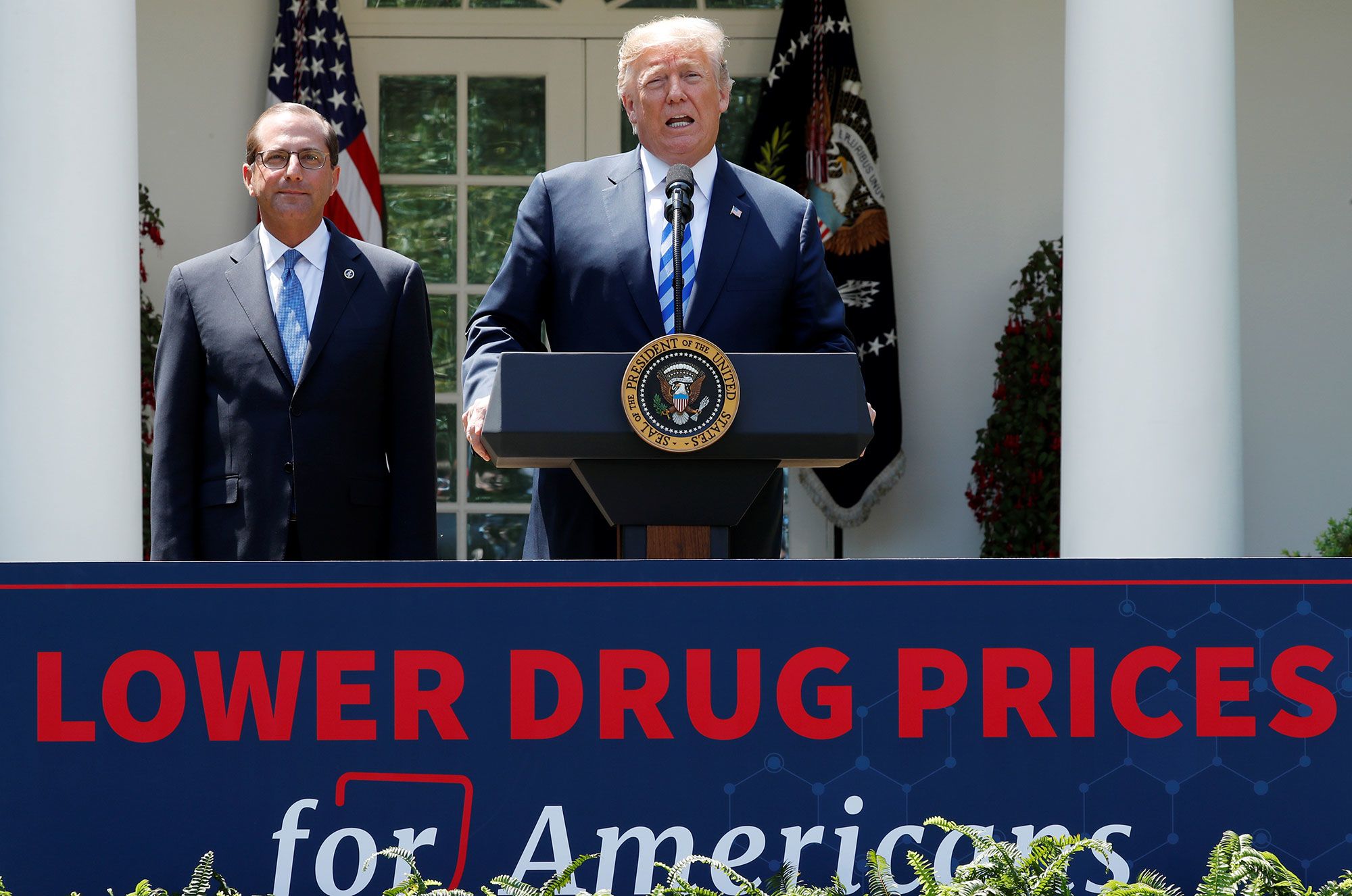 Health and Human Services Secretary Alex Azar listens as U.S. President Donald Trump delivers a speech about lowering prescription drug prices from the Rose Garden at the White House in Washington, U.S., May 11, 2018.

Pharmaceutical companies will be required to disclose the price of their prescription medicines in television commercials, the Trump administration announced on Wednesday.

The requirement is set to take effect as soon as this summer and will apply to drugs that cost more than $35 for a month’s supply, the administration said. Until now, drug companies were required to disclose the major side effects a drug can have in TV ads but not the price.

“Requiring the inclusion of drugs’ list prices in TV ads is the single most significant step any administration has taken toward a simple commitment: American patients deserve to know the prices of the healthcare they receive,” Health and Human Services Secretary Alex Azar said in a release.

In February, Johnson & Johnson became the first drugmaker to announce it will reveal the prices of its prescription medicines, including the list price of a product and potential out-of-pocket costs that patients will pay.

High drug costs have become a rare bipartisan issue with lawmakers on both sides of the aisle demanding something be done. President Donald Trump has made lowering prices one of the key issues of his administration. Democrats are jockeying to prove they can lead reform.

Drugmakers have been resistant to advertising list prices, saying it’s simply the price that’s advertised, and not what consumers actually pay.

Pharma executives have instead thrown their support around a Trump administration proposal that would pass an estimated $29 billion in rebates paid to pharmacy benefit managers to consumers. Drug manufacturers pay PBMs the rebates for getting their drugs covered by Medicare’s Part D prescription plan.

In a conference call with reporters Wednesday, Azar said pharmaceutical companies need to be transparent with consumer about their drug prices. He applauded J&J’s early efforts to disclose the prices of its medications in TV ads. In May, Azar released a blueprint for reducing prescription drug costs, which included a proposal to require disclosure of list prices in TV ads for drugs.