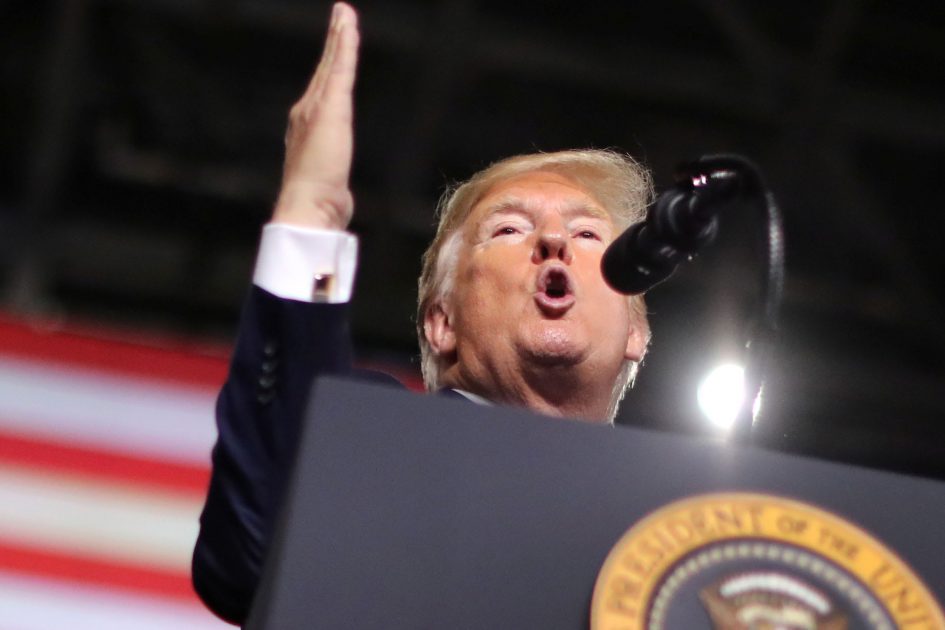 The author is the CEO of Basic Fun, which produces toys such as K’nex, Lite-Brite and Cuteitos.

Mr. President, you are not only in a trade war with China. You are in one with American companies that do business with China.

You stated that so-called “badly run and weak companies” are using your tariffs as a scapegoat. No sir, we are not just blaming the tariffs. We are blaming you.

Your criticism is particularly ridiculous coming from a person who has run so many of his own businesses “badly and weakly” – from running casinos and an airline into the ground and leaving creditors holding the bag, to the embarrassing failure of Trump Steaks and the scam that was Trump University. Not everyone has sketchy banks to lend them money and bail them out.

Unlike you, most of us don’t have Russian oligarchs or foreign governments to overpay for our products such as the hotel rooms, houses and condos you were able to sell at inflated prices. How do you dare criticize American businesses for legally and successfully doing business with one of our biggest trading partners? How dare you cast a stone, given your history with failure at business?

I built my businesses the old-fashioned way: honestly, by working hard and with my own capital and invested capital. I always made money, repaid my debts and paid my taxes. It’s un-American to “order” companies to stop doing business in China, and it’s un-patriotic to bash American companies that are helping to drive our economy and employ tens of millions of Americans.

Mr. President, you say: “China is ripping us off to the tune of $500b.” That’s not the real story. It is true America buys more merchandise produced in China than American companies sell into China. However, that is because we consume at a higher rate per household. We like stuff.

However, the $500 billion of surplus product we buy gets turned into more than $1 trillion in product sales made by U.S. companies that design, develop and sell that product to retailers and consumers. The revenue and profits from those sales go to employ tens of millions of Americans. It pays their salaries, pays state and federal taxes, and helps fuel our economy.

China also buys products exported from America such as Boeing jets, John Deere tractors and Disney movies. We are not being ripped off. China takes much of the money it and its companies make from the U.S. and reinvests over $1 trillion in U.S. Treasury bonds, which go to help America finance its government spending – including tax cuts.

In addition, the Chinese government and many of its citizens invest billions in via American companies from purchasing expensive real estate in New York and Florida to memberships in country clubs in New Jersey, New York and Florida. That is all in addition to many other types of investments, big and small, pouring many more billions back into our economy than they take out.

America wins because we do business with China, Mexico, Canada and the EU, not despite it. Why are you fighting with all our key trading partners while you let Russia, Saudi Arabia and North Korea off the hook? Something is not right here.

Mr. President, you are “the great deal maker” and “that’s what you do,” but I’m trying to figure out why, after two and a half years and numerous meetings, you haven’t been able to make a trade deal with China. You also haven’t been able to make a nuclear deal with North Korea, pass effective immigration laws, pass meaningful gun background checks or pass a dynamic infrastructure bill.

The fact is you are just not that good at making deals. Maybe if you would just stop tweeting you would figure out we’ve been winning all along.