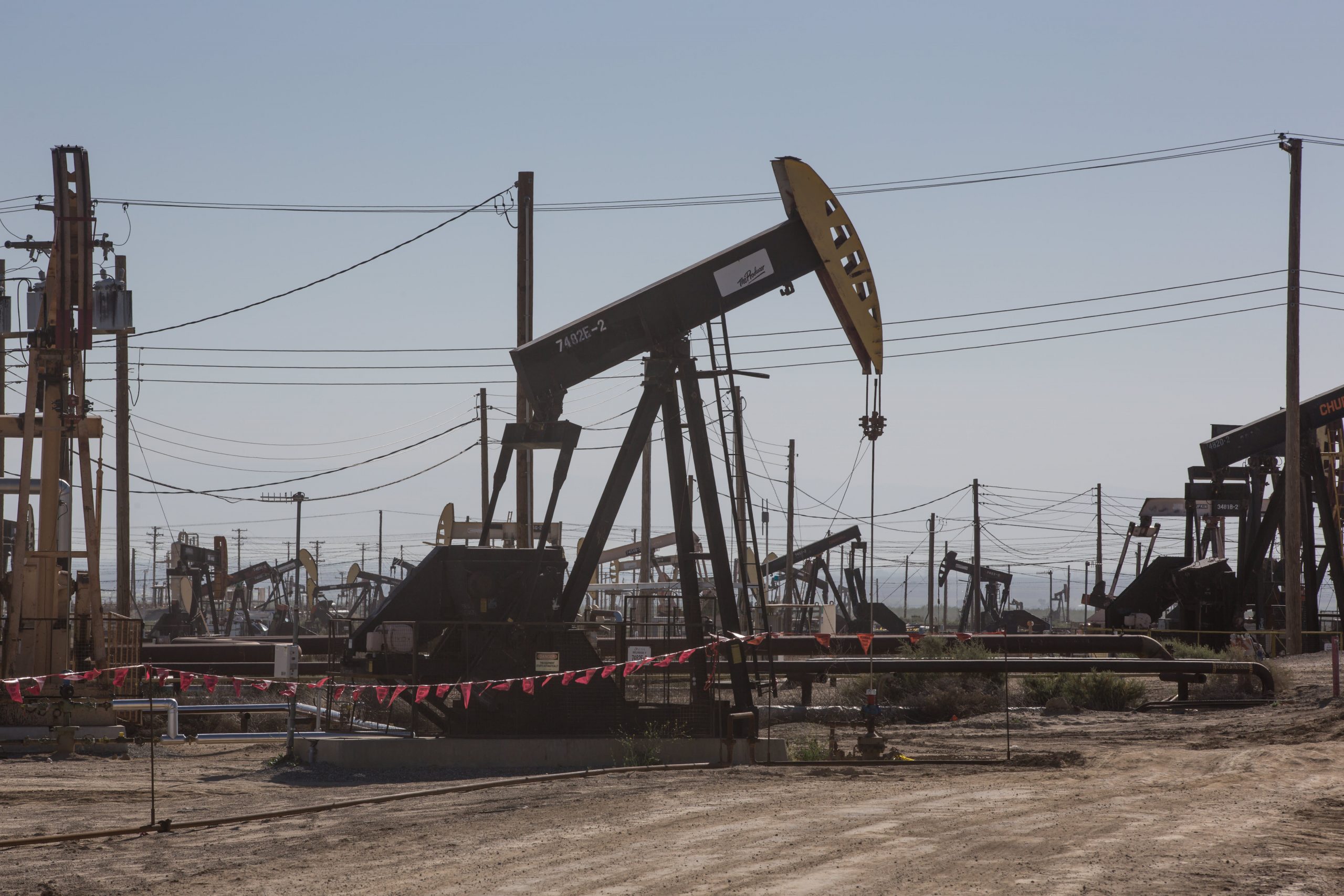 Oil pipelines, pumping rigs, and electrical transmission lines dot the landscape along California’s “Petroleum Highway” (Highway 33) running along the northwestern side of the San Joaquin Valley.George Rose | Getty Images News | Getty ImagesWest Texas Intermediate crude futures fell below the key $70 level Monday for the first time in more than a month as OPEC and its allies agreed to raise output, and as the delta Covid variant threatens global demand.U.S. oil dropped more than 6% to hit a session low of $66.70 for its biggest one-day decline since March. The contract is now nearly 12% below its recent high of $76.98 from July 6, which was the highest level in more than six years. International benchmark Brent crude slipped 5.9% to trade at $69.23 per barrel.The group of 23 nations, known as OPEC+, agreed Sunday to increase production by 400,000 barrels each month beginning in August. The output hike will continue through September 2022, at which point the entirety of the nearly 6 million barrels per day the group is still withholding will be back on the market.The announcement came after the group’s initial meeting July 1 fell apart amid a disagreement between Saudi Arabia and the United Arab Emirates over the latter’s baseline production quota.”We view [Sunday’s] deal as supportive to our constructive oil price view with supply increasingly becoming the source of the bullish impulse and evidence of non-OPEC supply shortfalls likely in the coming months,” Goldman Sachs said in a note to clients. The firm pointed to discipline among U.S. producers as providing a floor for oil prices, although it noted that the delta variant could lead to price gyrations in the coming weeks.OPEC+’s July meeting ending without an agreement sent the oil market into turmoil because it opened the door for the group to potentially disband, with each nation pursuing an independent production policy.”This was a renewal of OPEC+ vows,” RBC’s Helima Croft said Monday on CNBC’s “Worldwide Exchange.” “We think the market can absolutely absorb the additional 400,000 barrels per month…this is a constructive agreement.”Energy stocks moved lower on the heels of oil’s decline. The group dipped 4.5%, making it the worst-performing S&P 500 sector. Occidental, Diamondback Energy, Schlumberger and Marathon Oil were among the biggest decliners, each falling more than 6%.Despite Monday’s downturn some Wall Street firms believe a tight market will continue to support prices. Credit Suisse raised its forecasts Sunday night and now sees Brent averaging $70 per barrel in 2021, up from a prior estimate of $66.50. The firm raised its WTI forecast to $67 for the year, up from $62.Citi, meanwhile, sees Brent and WTI climbing to $85 or higher this year. “The summer season for petroleum markets should be stronger than usual this year on pent-up leisure demand,” the firm said in a note to clients. “With oil demand growth outpacing supply growth in the near term, we still expect a tight summer, which should boost oil prices,” added UBS. The firm envisions Brent climbing to $80 before retreating to $75 by the end of the year.Even with Monday’s drop, WTI is still up 38% for the year amid a recovery in demand as worldwide economies reopened, and as producers kept supply in check. In April 2020 OPEC+ implemented historic cuts of nearly 10 million barrels per day in an effort to support prices as demand for petroleum products plunged. WTI briefly traded in negative territory for the first time on record.As oil prices have returned to pre-pandemic levels, fuel prices have jumped. The national average for a gallon of regular gas stood at $3.17 on Monday according to AAA, up 97 cents over the last year.”[Sunday’s] deal will likely please the White House, which has worried not only about the impact of higher gasoline prices on US consumers but also about a major rift between its key regional allies as it seeks to build a grand producer coalition to tackle climate change,” RBC’s Croft said Sunday in a note to clients.Enjoyed this article?For exclusive stock picks, investment ideas and CNBC global livestreamSign up for CNBC ProStart your free trial now

The 149th Open: Collin Morikawa holds off Jordan Spieth to win by two shots on Open debut
Travel prices and crowds are surging — but not at these U.S. destinations
To Top
error: Content is protected !!
Top